Wild Circus by Red Tiger Gaming is a 5 reel and 40 payline new slots online game and one of the best mobile slots. It includes 5 bonus features that come with several pick me bonuses, free spin rounds, extra wilds and expanding multipliers. The game is available on all devices for stakes from 20p to £40.

Red Tiger Gaming was formed in 2015, but has already climbed up the ranks in this industry. The team behind this successful company posses diverse skills with the different professionals being; psychologists, account managers, developers, designers, mathematicians and more. 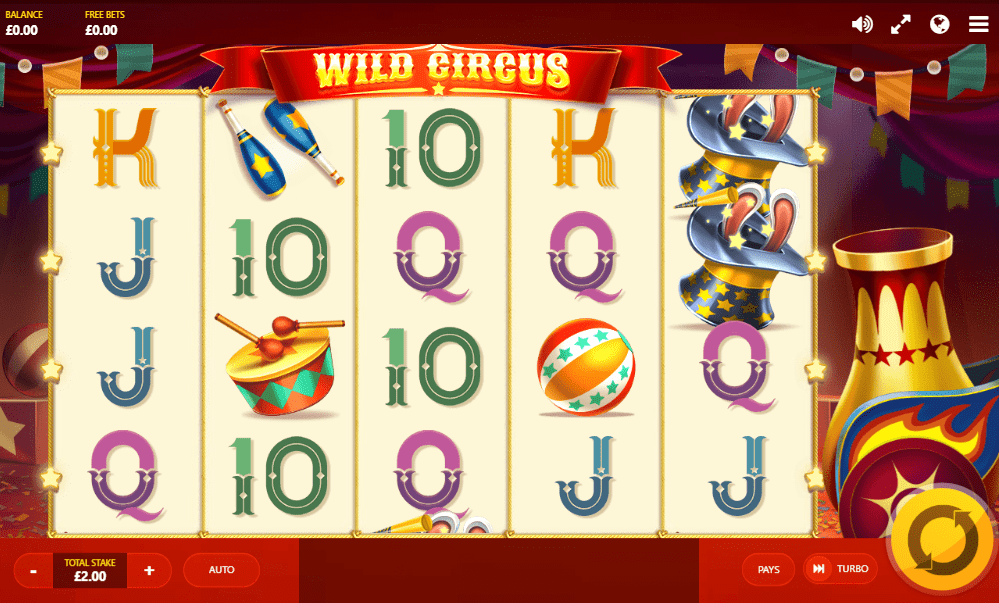 The slot has high quality sound and visuals. Symbols on there include; lower value playing cards, a top hat, juggling clubs, drums and balls. a perfectly wacky place to utilise those casino promos.

-Elephant Spins feature – activate this feature then keep your eye on the bouncing ball to know  how many free spins you’ve won. On the side of reels, there is an elephant that offers a multiplier. Every time an upgrade symbol hits, the multiplier value increases by 1. After your free spins run out, you’ll have a 50/50 chance to retrigger them.

-Fire Breather feature – pick 1 of the flaming torches and a fire-eater will blow the flame to reveal cash rewards. The fire eater keeps blowing until his face turns black.

-Jester Spins feature – choose from the 3 boxes to see the number of free spins you win. Keep an eye out for the jack that's in the box. He usually explodes into life and adds multiple wilds to reels on every free spin. You also get jester wilds on top of standard wilds.

-Bear Tightrope feature – keep the unicycling bear from tumbling over the rope and collect coins and gems dropping from the ceiling. The feature ends once the rope frays or the bear tumbles.

-Strongman feature – pick 1 of 3 balls presented to you. Each of these offers a multiplier prize. If the muscleman lifts the ball, you’ll win a prize and proceed to the next level where there are more balls and larger multipliers. Keep on choosing until he’s unsuccessful. 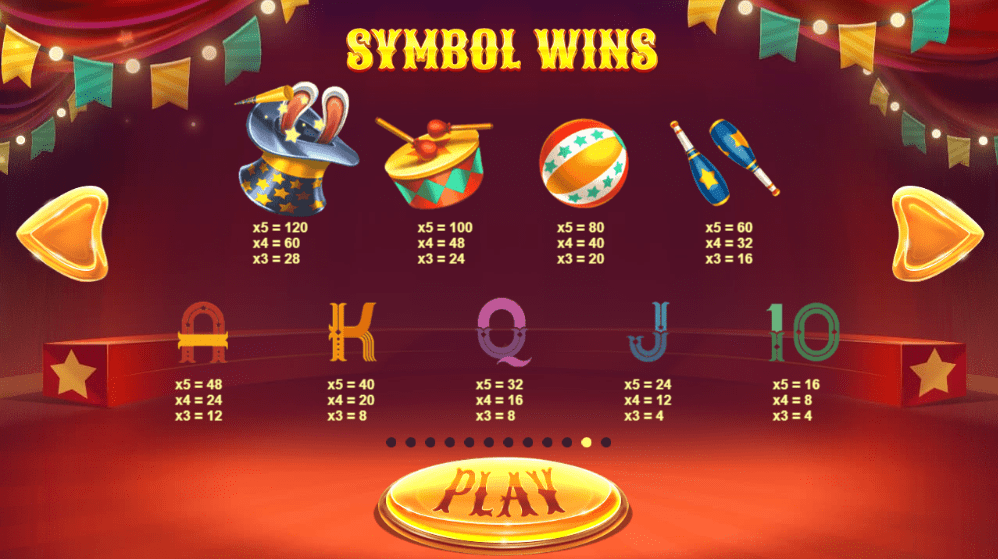 Wild Circus is an enjoyable slot with imagery that's superbly done. The slot has an impressive range of extras offering a lot of variety. These bonuses deliver some decent rewards.what else would you expect from SlotsBaby.com. This slot has a medium to high variance and offers wins of 2,000x your stake on each free spin