Wicked Tales: Dark Red is a 5 reel, 25 payline slot online by Microgaming. It presents a dark twist on one of our favourite childhood tales- The Red Riding Hood. The slot includes a Wandering Reels feature where up to 3 reels all show a similar symbol on every spin. Other special features include the Wolf’s Wheel Bonus feature where the spin of a wheel can win you cash prizes. The Forest of Fortunes Pick Bonus feature involves making picks for a chance to win cash prizes and high multipliers and there are also free spins on offer and the chance to win up to 5,000x  your stake on each free spin. Get ready for a ride of a lifetime and some mega wins for stakes starting from 25p to £200 per spin.

Microgaming was established in 1994, the same year they launched their first casino. It still uses the same gaming software to date. It's this high quality software that earned Microgaming a solid reputation in the industry. The company was launched at a time when the internet betting revolution had just begun so they were able to establish themselves as a key player in the industry. To date, they’ve released almost 600 slot games, most of which are mobile compatible. 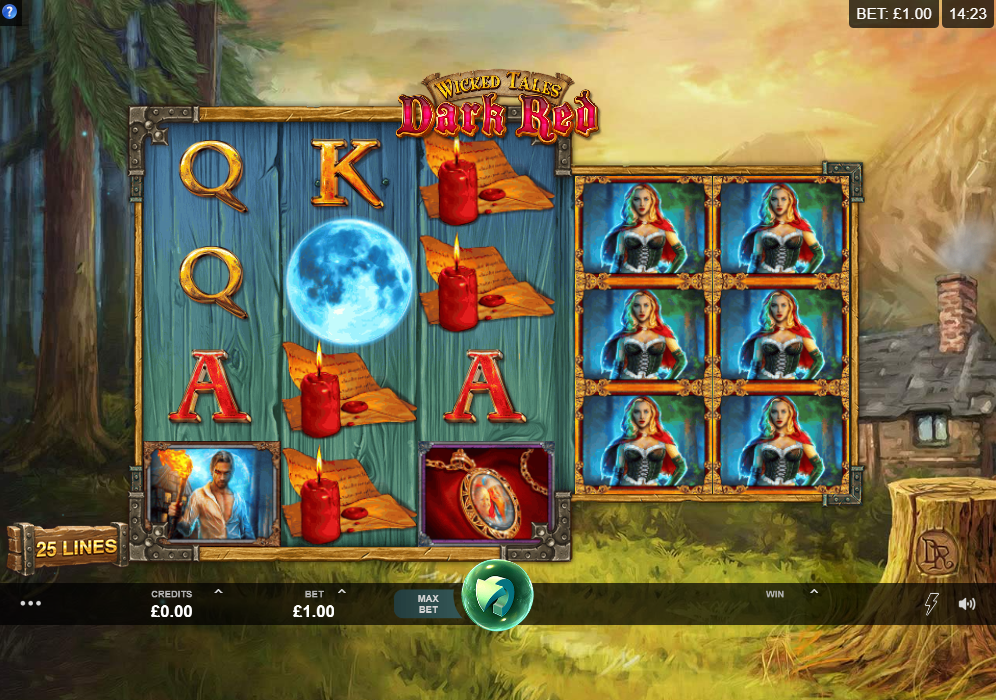 Wicked Tales: Dark Red looks well designed and it’s intriguing to see what the developers have waiting for us with the promise of a wicked twist on a classic fairytale. Here punters will go on a quest through the Ravenmire forests. Game symbols include A, K, Q and J royals, pendants, gold coins, wolves and a man holding a flame-torch. why don't you try it out right here on Slotsbaby.com.

The main symbol is a sexy hooded femme fatale who pays the highest payout of 80x your stake when you land 5 on a payline. 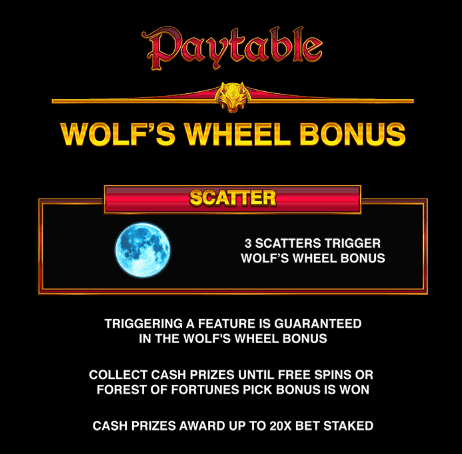 Wicked Tales: Dark Red has amazing graphics and includes a good range of bonus features. Its variance sits in the middle with maximum possible payouts being 5,000x your stake to be won from every spin. we have the best online slots to play here on SlotsBaby.