What will you discover under the sea? Siren's Kingdom is 5 reel, 30 payline new video slots game developed by Iron Dog Studio. Explore the deep depths of the ocean to find many hidden treasures. Right at the bottom of the ocean floor, you'll find a family of beautiful mermaids with long flowing hair and colourful tails, an abundance of sea creatures and pretty pearly shells.  Siren's Kingdom has a stunning mermaid theme with excellent graphics, an ethereal soundtrack and exiting fun features including expanding wilds and Siren's free spins.

Iron Dog Studio is passionate about creating the best slots possible for gameplayers filled with creativity, imagination and excitement. They are constantly developing new concepts to entertain their players and incorporate all of the latest technological advances with incredible animations. Each slot also has a unique theme and fun, rewarding features. Iron Dog Studio is relatively new to the iGaming industry and only have a handful of games, however, each one visually stunning. Some of their most popular slots include Paint, Cosmic Crystals and 3D Blackjack. If you enjoyed Siren's Kingdom, you may also like these titles:

-  Emperor of the Sea 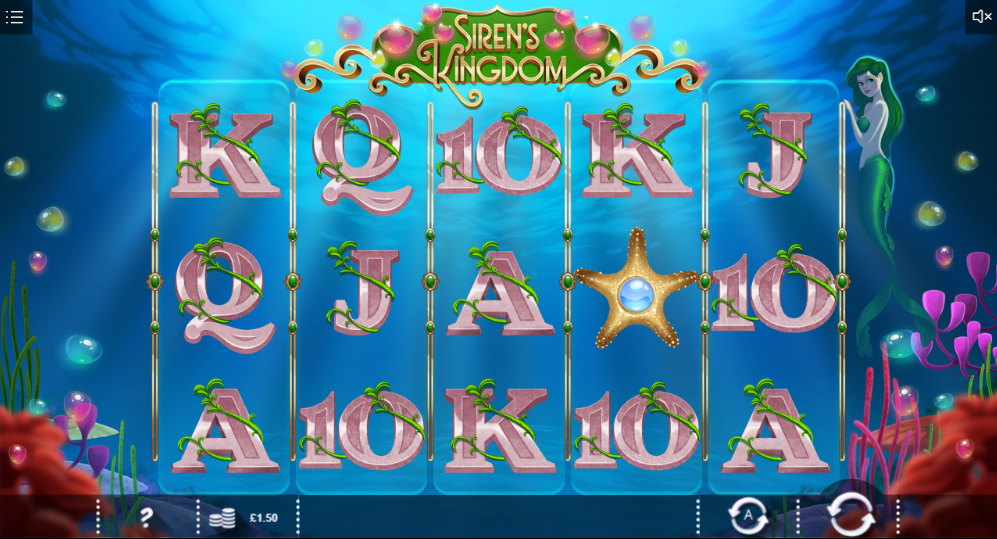 Siren's Kingdom is a mermaid themed 5 reel, 30 payline slot. The 3D animations in this slot are beautiful and bright and the theme is consistent throughout the game. There's even a mystical soundtrack that plays in the background which adds to the magical mermaid vibe. The reels are placed inside the stunning deep crystald blue sea. At either side of the reel, you'll see lots of pearlescent bubbles and multi-coloured coral. The symbols including the standard card suit symbols 10, J, Q, K & A, starfish and various shells. a perfect place to play those casino bonuses.

The Wild Symbol - The red-haired mermaid is the wild symbols in this slot. She only lands of rows and replaces all other symbols on the reels except the scatter. She also covers the entire reel.

Expanding Wilds - At any point in which the red-haired mermaid lands on one of the top rows on the reels, she will expand and completely cover the reel. More than one mermaid can cover the reel so there's plenty of chances to win some rather amazing prizes.

Siren’s free spins - Landing 3, 4 or 5 octopus symbols anywhere on the reels will unlock the free spins round. After landing a minimum of 3 octopus symbols, you'll be awarded 14, 25 or 36 free spins retrospectively. If during your free spins you land a wild, it will instantly become sticky and will stay on the reels until your next spin. An additional 2 wilds will also appear next to it. 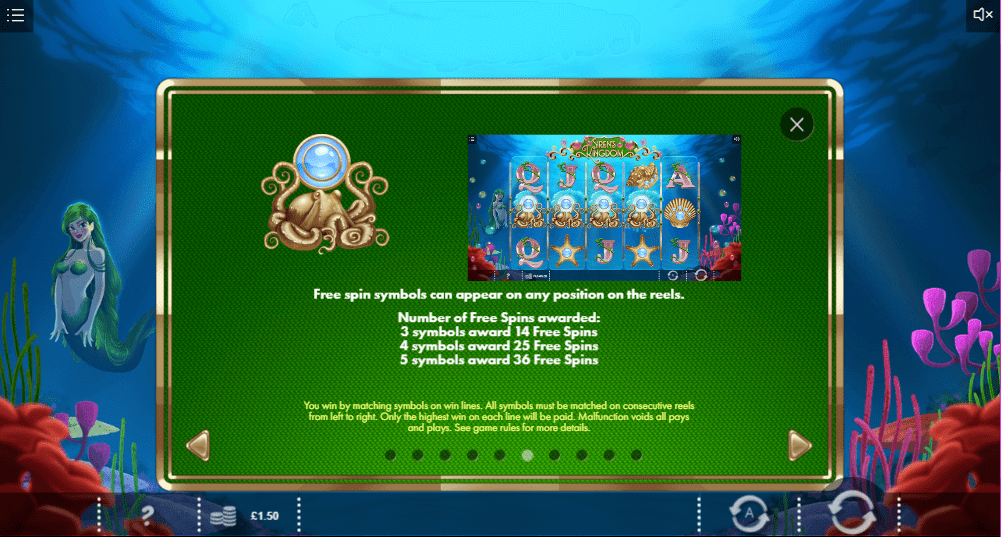 If you like magical mermaid slots, then you will have great fun with Siren's Kingdom. It's a rather girly slot in design with beautiful pastel colours and a fun, ethereal soundtrack. The free spins and expanding wild features are very generous and make this Iron Dog Studio slot very interesting especially here on the best online slots sites.