Las Vegas! Sin City! The City of Lights! The Glitter Gulch! However you know the world’s most popular gambling city, you will find that it has been perfectly represented here when you spin the reels in the Vegas Nights slotsbaby slots game. This game features all of the glitz and glamour of the Las Vegas strip – it’s so realistic, you could easily forget that you aren’t actually right there playing in the middle of the Nevada desert, especially once the payouts start coming!

Check out our entire list of play new slots here at SlotsBaby.

Pragmatic Play is a very new gaming company, but that doesn’t mean that their slot games are for novices and beginners to the world of online casinos. In actual fact, they’ve already established themselves as one of the leading game's developers thanks to their back catalogue of striking slot games. Vegas Nights will fit right into their catalogue of games next to their other popular slots, such as Queen of Gold and Jurassic Giants. Play more slot games by Pragmatic Play!

Get the best out of our casino deposit bonuses before you play the game! 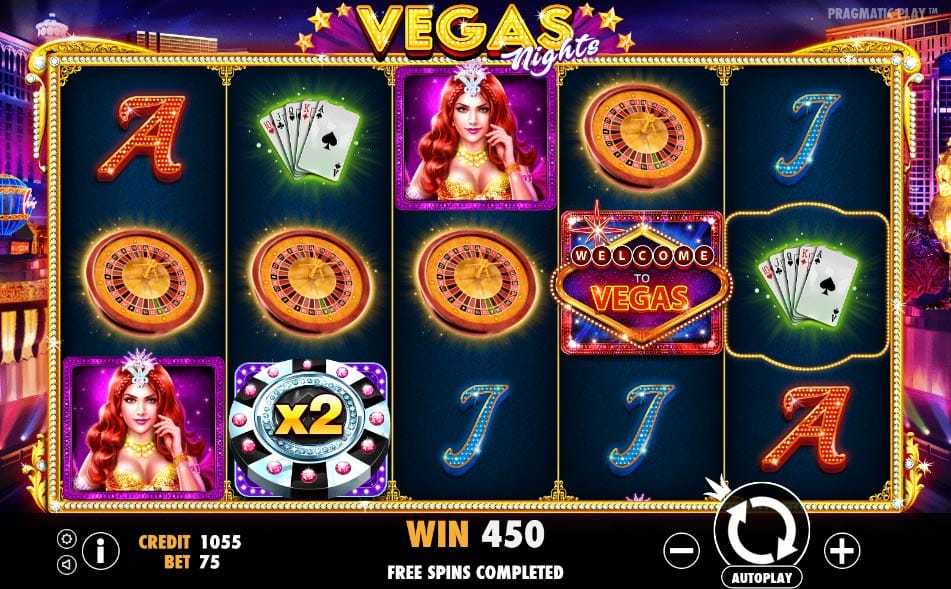 This hedonistic slot game takes place right in the middle of the Las Vegas Strip. The Strip is the main boulevard on which you’ll find all of the decadent casino hotels. You’ll spot the Paris Hotels’ Eiffel Tower and a few of the other major sights in the background. If you’ve got a beady eye, you might even be able to see Caesar’s Palace. There’s no need to go into one of these casinos as the game’s five reels and twenty-five pay lines are all in front of this bright background.

You’ll see lots of gambling-themed symbols on the reels, including sparkling dice, roulette wheels, and decks of cards. These picture symbols can help you increase your winnings, but there are some more bonus features that can also keep the money rolling in. 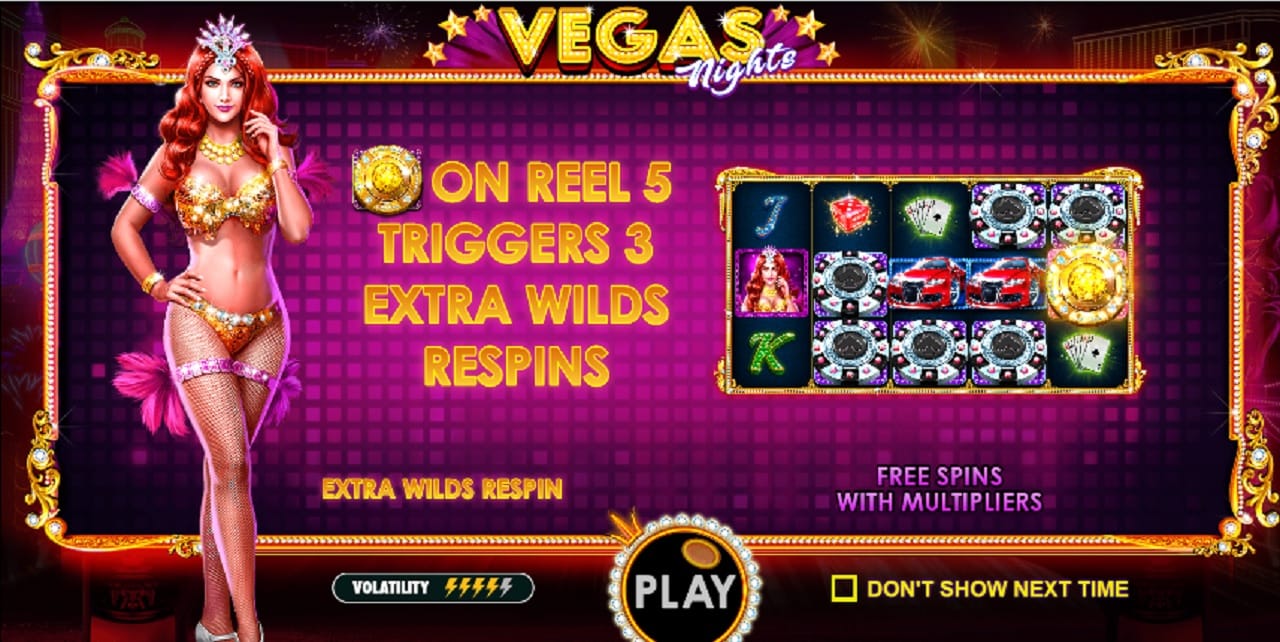 It looks like Lady Luck will be shining down on you as you spin the reels in Vegas Nights! The game is great value for money, and that is largely down to the lucrative free spin features. It’s snazzy background music and design will put you in the glamorous mood of Las Vegas and will certainly encourage you to keep flashing the cash. This is certainly the best game for gamers with style! If you liked Vegas Nights why not try Pixie Wings