If you travel to the land of the fairies and elves, you might have a really big surprise waiting in store for you – the pixies have set up their very own new online slots game and what to see how well you will do with their reels! Pixie Wings is an enigmatic game from Pragmatic Play that is based on fantasy and magic. Ready to see what kind of magical prizes you can summon up with the help of the pixies? Get the best out of our casino deposit bonuses before you play the game!

SlotsBaby has all the best games from Pragmatic Play for you to explore.

The developers at Pragmatic Play are known for enthralling themes and show-stopping graphics and animations, which are both on show here in Pixie Wings. As one of the fastest-growing casino games companies in business right now, they have released a wide range of fantastic games in a remarkably short period. Pixie Wings is just one of their latest titles that will stand up against the likes of Wild Spells and Fairy Tale Fortune in the mystical section of their portfolio. 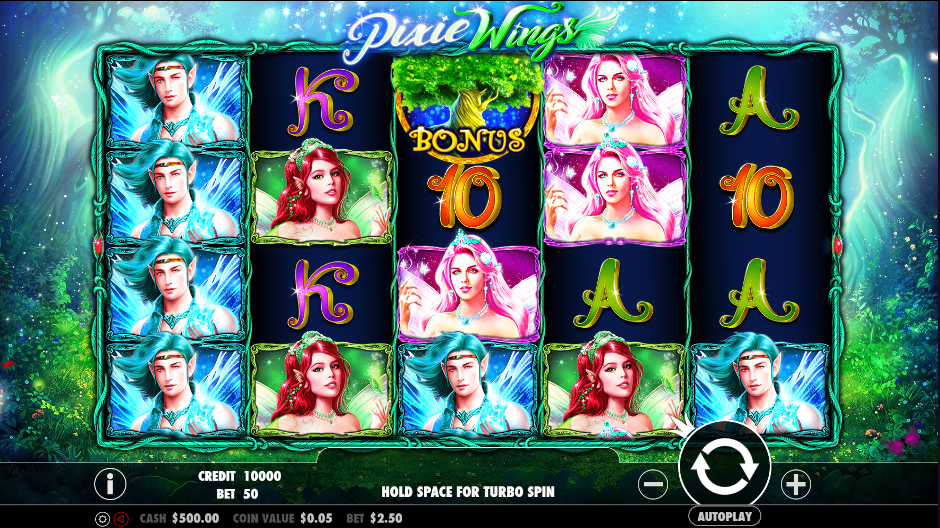 You will have to journey into the forest to find the secret dell where all of the pixies, elves and fairies come together. This is where you will find the slot’s game board, set against a very enchanted backdrop. In the background, you will notice a dream-like forest setting that is lit up by fireflies and bright fairy lights. You might even be able to spot some of the pixies flying around.

The pixies themselves are the most important symbols on the boards while the lower-value ones are represented by letters. But there are some other far more mystical symbols that could help you take home some big prizes. 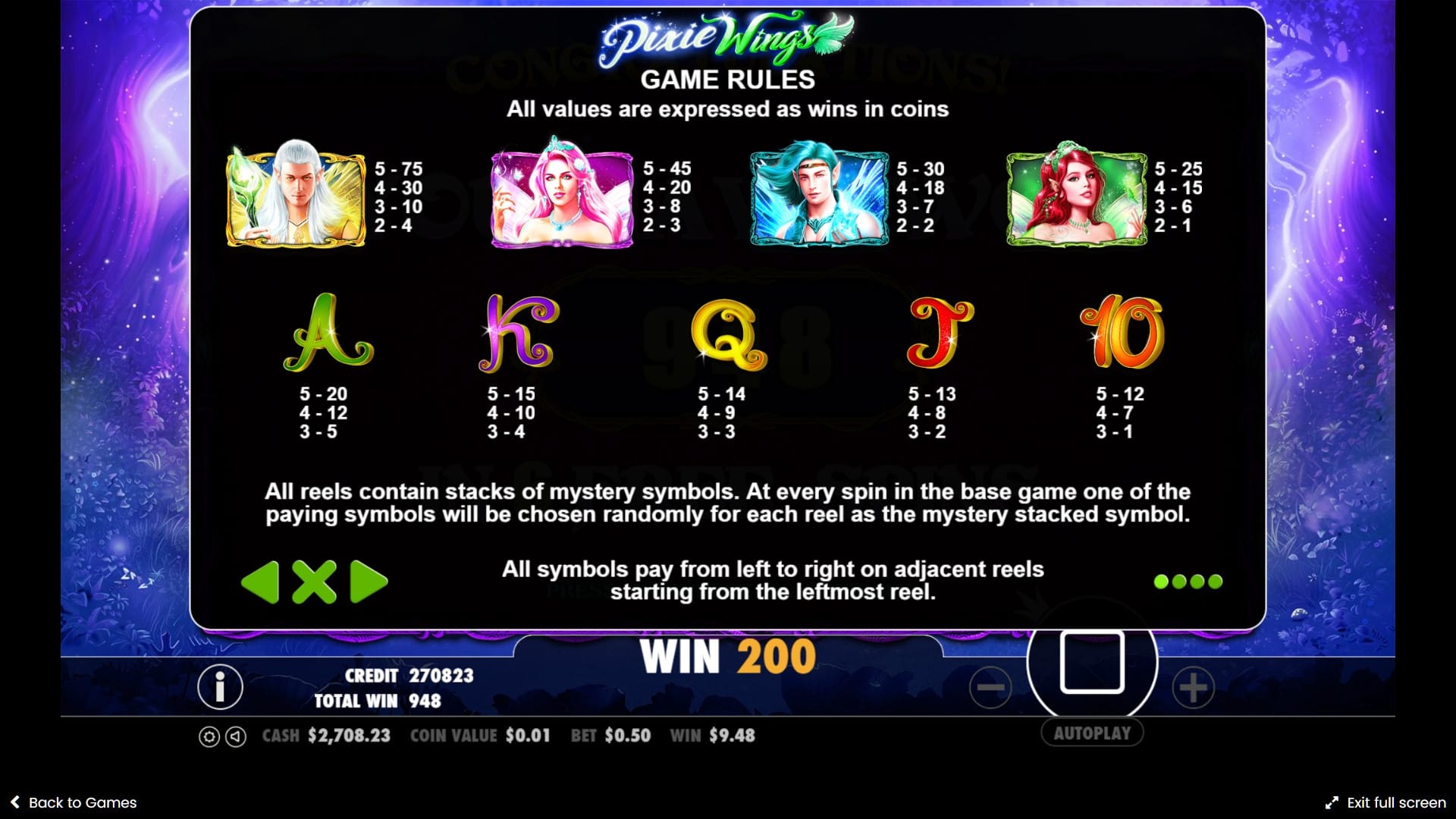 Pixie Wings is a very colourful and light-hearted game that is sure to add a spring to your gaming experience. Even though the bonus features may be a bit thin on the ground, the slot makes up for this thanks to its charming theme and delightful graphics. What’s more, the Pixies, elves and fairies in the game are very generous beings and you might be amazed at how easily they give up their winnings. Is that enough to tempt you into the forest to meet them? If you liked Pixie Wings why not try 3 Genie Wishes