Check out a superb new play slots game from Yggdrasil

Alchymedes is the perfect online game from leading game developers Yggdrasil. Embark on a journey deep into a cavernous laboratory where hocus pocus reigns supreme and some sinister experiments will occur. Archimedes was one of the most prevalent Greek Mathematicians of his era and pioneered some of the greatest movements that are associated with Maths and Chemistry.

This gameboard from Yggdrasil is filled with an array of potions and ominous looking concoctions that can be matched to unearth some wizarding cash prizes and free spin bonuses. If you’re looking to unearth the darker side within you then Alchymedes is the Slots Games that must be a span.

Yggdrasil is fast becoming one of the leading games developers across the world and it’s all down to the quality of their games. It could be argued that they’re even giving NetEnt a run for their money. Their games come with a certain cinematic quality and are approachable in the sense that some of the more dated slot games aren’t.

After achieving their first licence in 2103, Yggdrasil has gone from strength to strength, winnings many awards including Slots Provider of the Year in 2016 and 2017, as well as the innovator of the year in the 2017 gaming awards. If you’re looking to play some more of Yggdrasil’s titles then why not take a look across the Slots Baby platform at some of their other offerings: 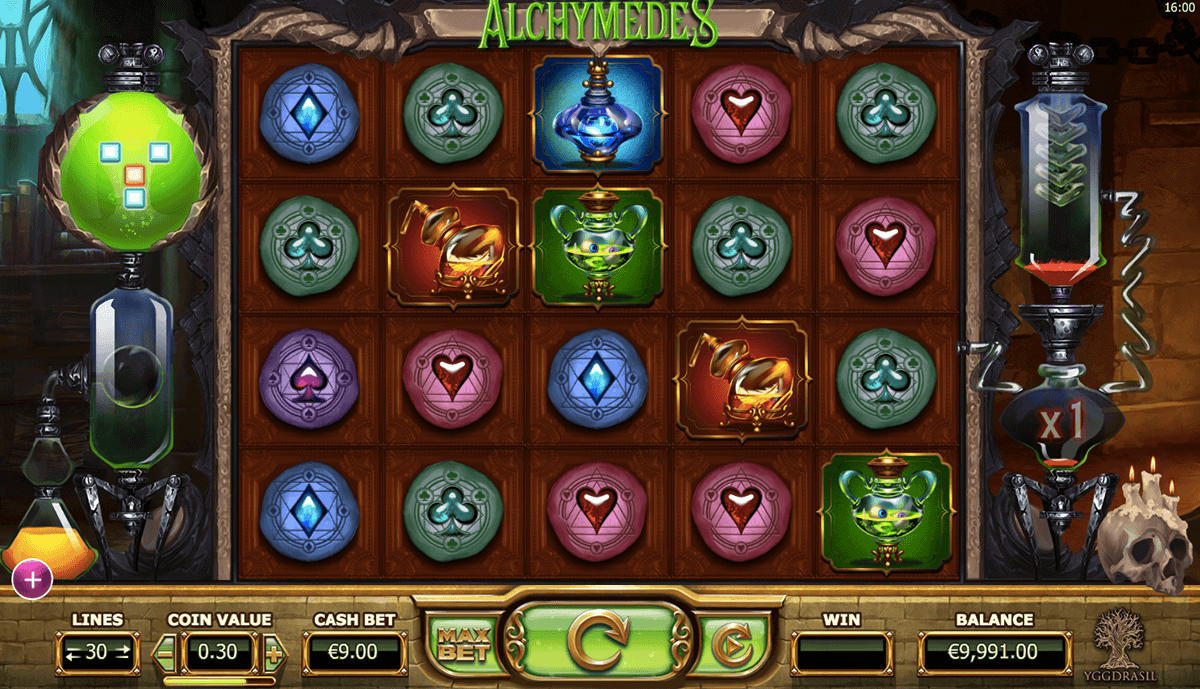 Alchymedes is an enchanting online slot game from Yggdrasil encompassing a sumptuous 5 reels of gameplay filled with potions and experimentation. Along with 4 rows, there are a generous 30 paylines to spin through meaning the possibilities for winning combinations are endless.

The higher-value symbols within this game are represented by 4 bottles of varying different colours; Green, Purple, Orange, and Blue. As always the lesser symbols are made up as card symbols which can be found enveloped in mystery and illusion.

Alchymedes has a certain number of bonus features that help to differentiate it from other 5 reel slot games on the market. Rather than static gameplay, the bonus games come at the player in a series of levels. Advance through each level of gameplay and encounter varying WILD combinations on each. There are over 15,000 levels of gameplay, the spinning can never end.

Encounter magical SCATTERS and WILDS that will unearth your multipliers and free spins and strive to win up to 100x your initial stake. Alchymedes is truly a magical wonder. 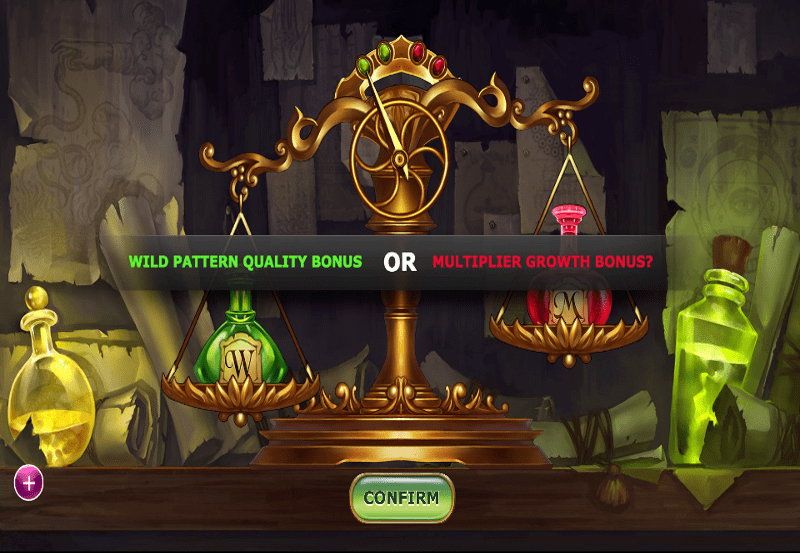 Yggdrasil games are really making waves in the slots game market and it’s all down to their high-quality immersive games. It’s often the case you see dated slot games that are overly simplistic and very 1980s looking. Alchymedes certainly brings us into the present day with immersive graphics and a wonderful theme. Not to mention an exclusive range of gameplay levels and WILD bonuses.