Here's a superb new online slots game from NextGen Gaming which you can enjoy playing. Legend tells of a fearsome beast that lives beneath a mountain, sitting on a hoard of treasure so massive that countless brave knights have ventured to slay him and reap the rewards.  What they don’t know, is that he’s a friendly dragon, and willing to offer his online friends some of his cash in exchange for their help.  We’re used to seeing the story from the side of the knight, but in A Dragon’s Story, Ruff the Dragon is the real hero.  This online slot sees you pairing up with Ruff to defend his treasure from the Brave Sir William, a well-intentioned but bumbling knight.  It’s bound to be a humorous (and possibly lucrative) adventure in this slot games online! 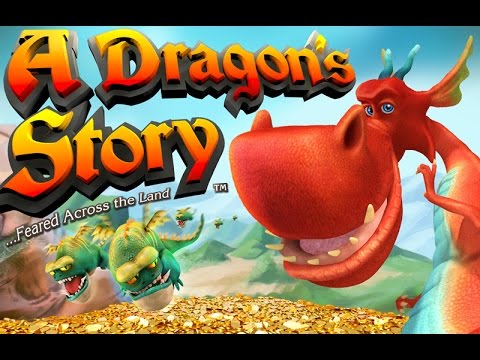 NextGen has been a presence in the online casino world since as early as 1999.  Their catalogue is large and varied, and their games are invariably popular, with strong themes and great bonus features.  An established and highly-regarded online slots developer, NextGen’s catalogue of games is diverse, but they’re known for creating some of the very best animal-themed slots games out there.  Their games often stand out from the crowd due to their sharp sense of humour, which keeps novice players engaged, and seasoned players coming back for more.  Some other NextGen titles are:

Their games are always a delight to look at, with high-res graphics and a slick finish, and it’s this attention to detail that makes their slots offerings so very popular. 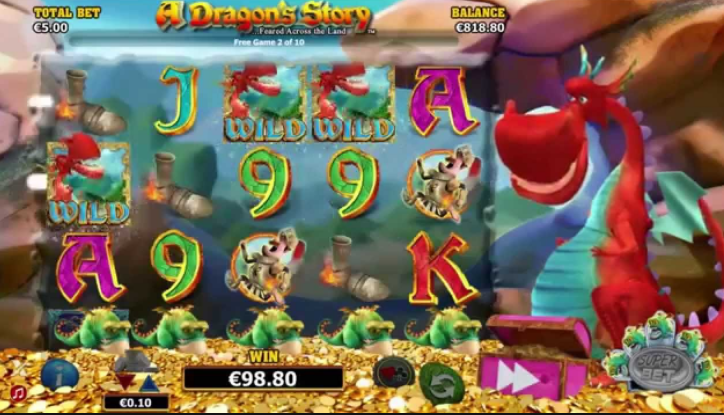 A Dragon’s Story finds us in Ruff’s lair, knee-deep in golden treasure.  In the background, we can see the rocks of the cave, and beyond the cave mouth, a pleasant mountain scene.  Ruff stands to the right of the reels, looking proud, and defensive of his hoard, but not at all fearsome.  The symbols are suitably Medieval, and include red and white shields, scorched armoured shoes, and ornate letters and numbers.  The background music, featuring drums, lutes and pipes, sets the scene without feeling intrusive. 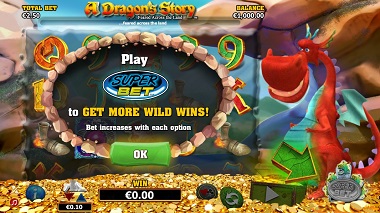 The quirky and comical style of the artwork makes this game a light-hearted delight, though the bonus features offer the chance for some serious wins.  This game is a real scorcher, sure to appeal to rookie slots squires and battle-hardened slots knights alike! If you enjoyed A Dragon's Story then you might also like Gems Odyssey