Here's superb slots online game from Playson that you may enjoy playing.

Do Zombies have birthday parties? Do they even celebrate birthdays? Well, apparently they do. This video slot games dedicated to one gang of zombies having a big birthday bash complete with brains for cake, some undead platters and bloodied letters.

If you love promo's, get the best casino slot bonuses

The developers behind Fireworks Master, Clover Tales and Art of the Heist, Playson have a wide range of 40+ titles in their back catalogue. Malta-based Playson also famously love to use high definition graphics and try out new technology in all of their casino, slots, social and skill games. 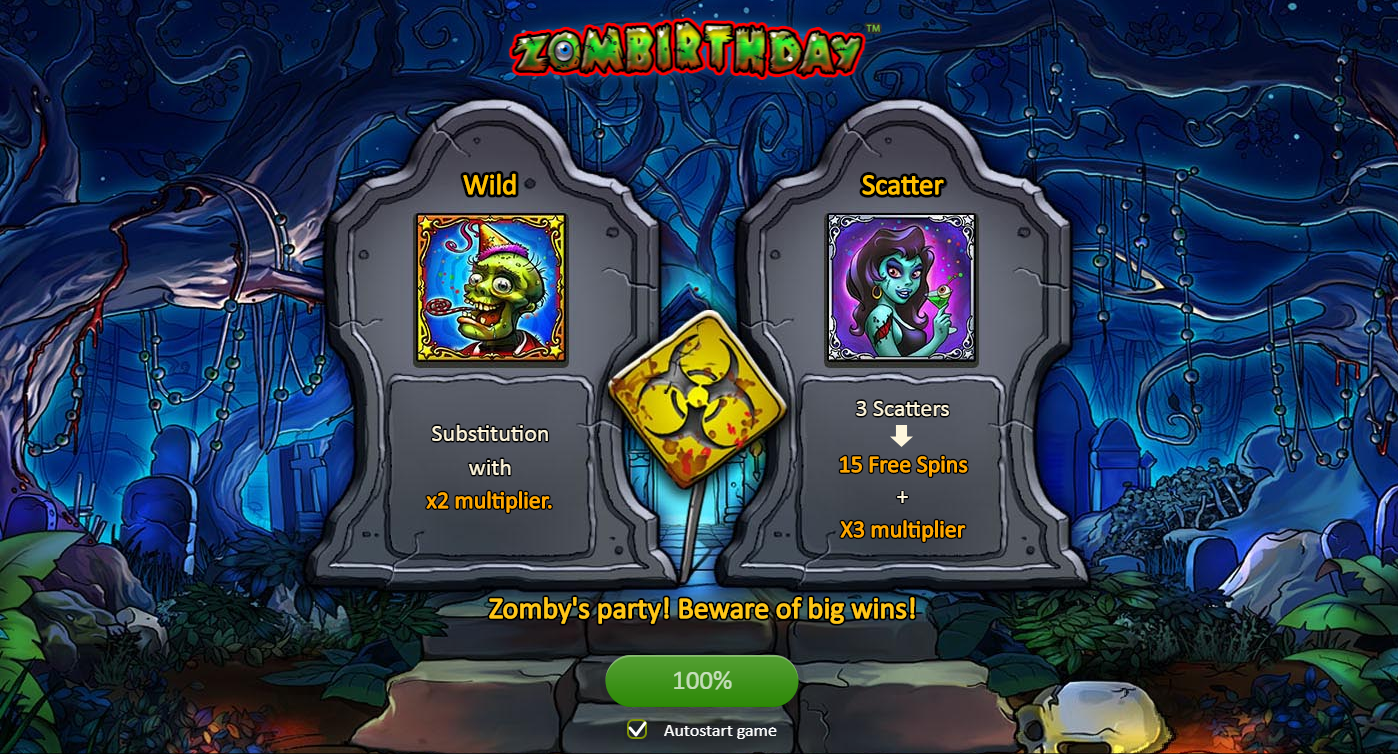 The Zombie birthday party that game is based on appears to take to place in a spooky, haunted graveyard. The game is animated in a cartoon-like style including the symbols used on the reels all the way through to the background of the game board with its eerie trees, haunted gravestones and frightening candles. Complimenting all of these visuals is a cartoony, but still spooky, soundtrack which sets the tone of the online slot game perfectly.

Among the symbols included on the reels are: a blue skull sitting on some sort of platter, a green zombie wearing a party hat – presumably it’s his birthday, a blue female zombie party goer, the zombie pet dog and a cake made out of brains.

On top of these symbols, there are also playing card symbols available running from the number nine all the way through to the Ace. However, they’ve been made to look extra spooky, designed to look tattered and zombified in different sets of colours.

There is an autoplay feature available which allows you to let the reels spin for a set amount o times without interruption. All you have to do is set your bet per line before you start the spinning. This can be between one and twenty credits.

The game’s Wildcard is that zombie who was mentioned earlier – the green one who looks like it’s his birthday party.

The Wildcard also has a 2x multiplier for any winning combination that it works its magic on. This means that the Wild symbol is also the game’s highest paying symbol, so it’s pretty important that you manage to secure this one if you want to have a successful gaming session.

The game’s Scatter card is the Blue Lady. She is also the key to unlocking Free Spins mode. All you have to do to unlock Free Spins mode island three or more Blue Lady across the five reels and you’ll be awarded 15 free spins. All wins during this bonus round mean you’ll get a 3x bonus.

There is also a gamble feature in the game which is available after any winning combinations come together. This features means you have to guess the colour of the next playing card to be revealed. If you guess correctly, you’ll double your winning. If not, you’ll lose the lot. 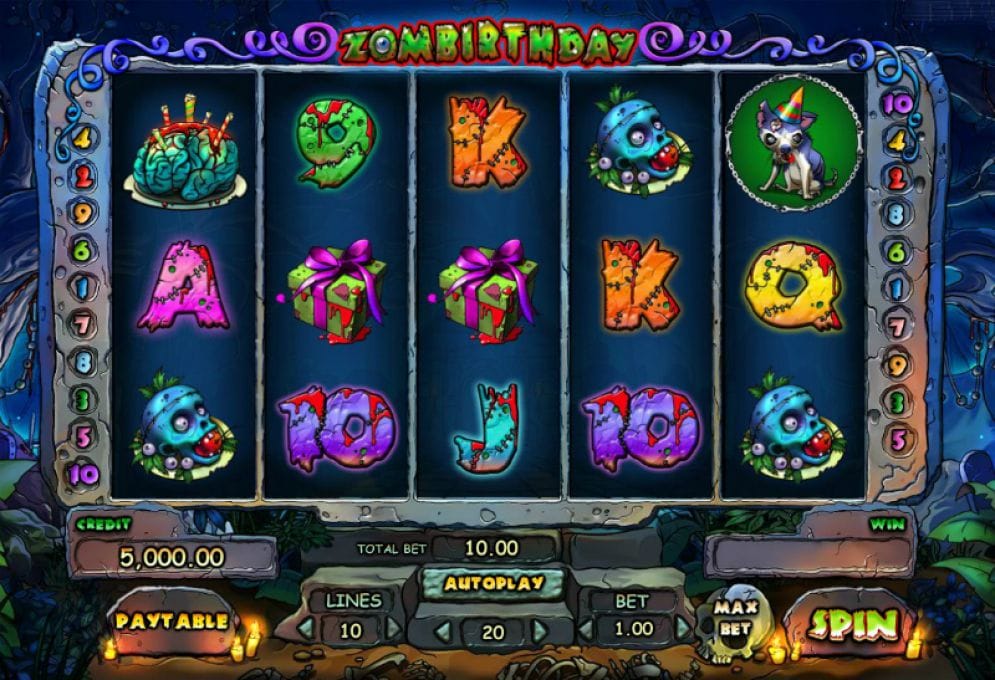 This is a fun and thrilling online slot game. Playson have delivered a spooky and amusing classic with a fresh twist on how we celebrate birthdays!