Magic is in the air with The Wiz, which is a casino online game from Swedish developer ELK Studios. As you might be able to tell from the title, a wizard is the main character, and the game employs plenty of magical items in its graphics, such as crescent moons, mysterious chests and powerful gems. The game is played on a five-reel, four-row reel set, and there are 178 ways that you can win.

On this game’s reels, you will find that the lower value symbols are magical objects, such as the spoon of magic dust, a key, a brooch and a ring. Higher value symbols include the jar of magic potion, a gold moon, a sun symbol and a treasure chest. The sun symbol is especially valuable, giving you 10 times your stake in winnings if you get five suns on a payline.

If the dragon appears as part of a Wizspin, then it turns into a Walking Wild. This moves the dragon leftwards reel by reel, carrying a multiplier that is activated every time he touches a payline. This increases the win amounts, and also puts the Wizspins feature on hold until the dragon has left the screen. Follow this link to read more. 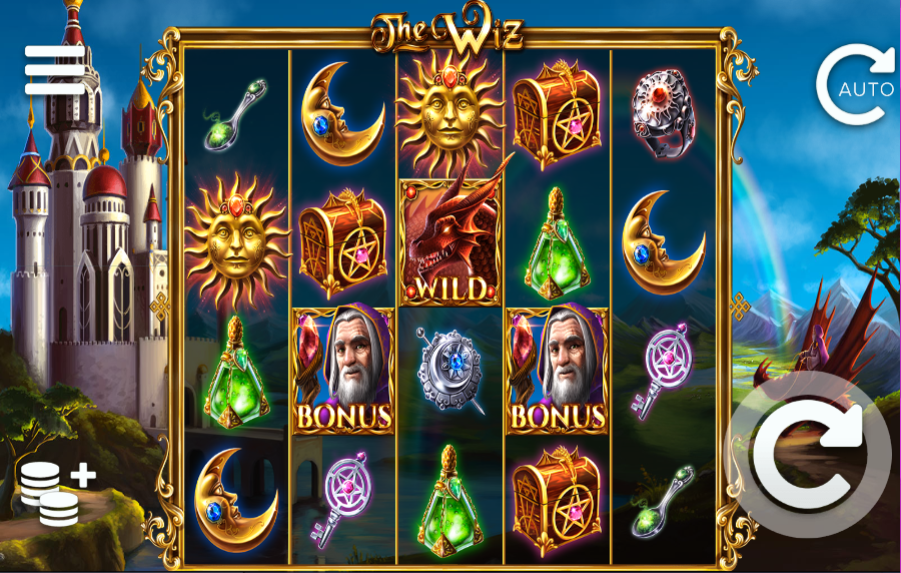 ELK Studios is a gaming developer which is based in Stockholm, the capital city of Sweden. One of the studio’s main aims is to incorporate really great artwork into the graphics of their games, and you will often find some really impressive, crisp images when you are playing The Wiz in your favourite online casino. But ELK does not skimp on the mathematical mechanics of their games either, deploying statistical modelling, cloud-based computing and big databases to keep everything running smoothly. One innovative product available from ELK is their ELK Compete features, which allows players to play slots online against each other in leagues and tournaments.

Some other games on offer from ELK Studios include: 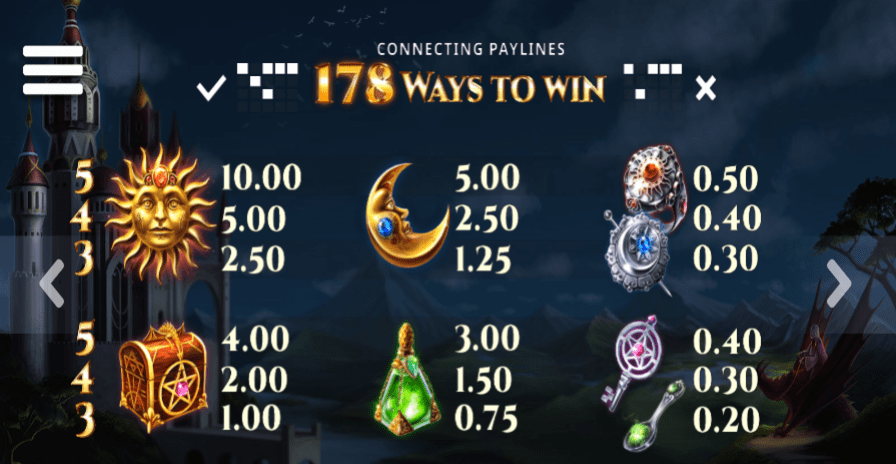 This is a solid, rather than spectacular, slots game. It offers plenty of fun, without being the kind of game that really sucks you in with an immersive atmosphere. The graphics are the best thing about it, with the actual game mechanics being pretty typical of any game that you can find in an online UK casino. If you like playing on fruit machines you will enjoy The Wiz. It won’t change your life, though. Play other free online casino slot games for fun right here.

Dragon Slot is also one of the high RTPs a player must never miss!