Sumo Spins by Red Tiger Gaming takes punters on a fantastic trip to traditional Japan, the home of Sumo fighting. Here you will meet three Rikishis: Green Rikishi, Red Rikishi and Blue Rikishi. These three sumo warriors help you trigger features like Nudge Reels, Respins and Power Roll. The game plays out on a 5×4 playing grid and 40 fixed paylines casino slot game. Stakes start at £0.20 to £500. so why don't you come and play some!

Red Tiger Gaming has one of the most diverse teams considering of mathematicians, developers, psychologists, designers, account managers and more. The company was formed recently in 2015, but is already growing to be a favourite among many punters. The company's prominent red tiger logo is synonymous with all its games. 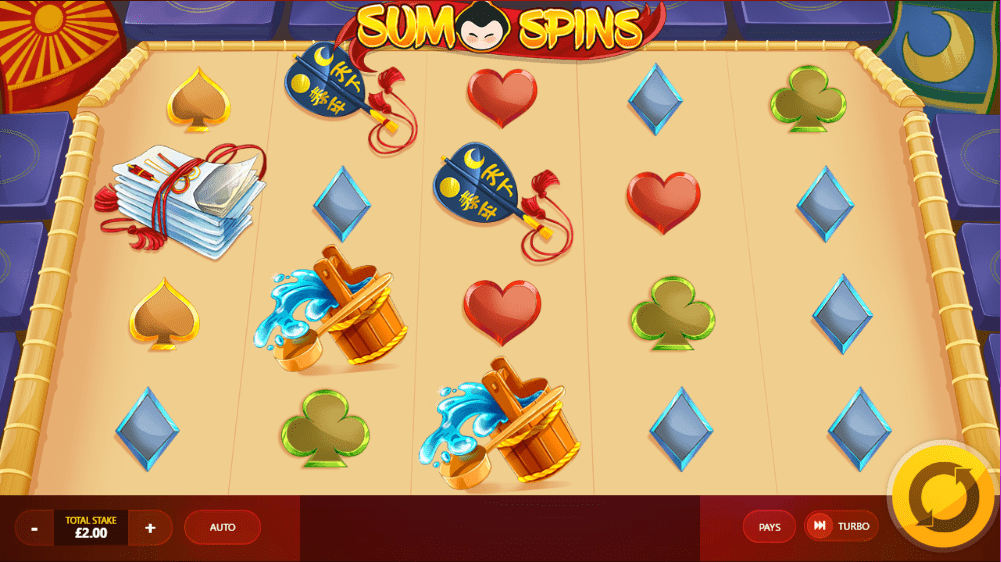 The reels in the game are set in a dohyo (a traditional sumo wrestling ring with spectators around it). Take a seat and enjoy the action at the main showdown with a performance from the Red, Blue and the Green Rikishi. During the Sumo Showdown these symbols can act as wilds. They also act as scatters and trigger base game features.

The best possible payout is set at 1,000x your stake per single spin. The bundle of Letters symbol pays 300 coins for 5 of a kind. The Food Plate pays 120 coins. why don't you have a go and discover more. 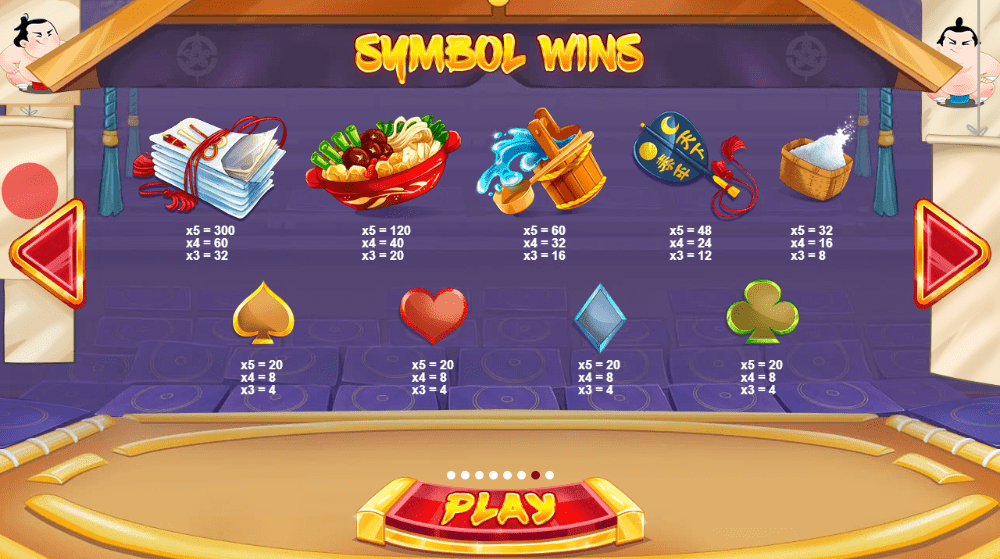 Sumo Spins has a lot to offer in terms of features. It includes an innovative theme and simple cartoon-like graphics. Your best bet would be to land Rikishis on the reels to activate their corresponding features and start up the Sumo Showdown feature while you try and win some hefty payouts right here at https://www.slotsbaby.com/. Sumo Spins has an RTP value of 96.13%.