With Striker Goes Wild new online slots game, it’s always football season. No matter whether the Premier League has just wrapped up or whether the World Cup is in full swing. This is a slot game geared around the beautiful game and more so, the most beautiful part of it - the goals.

You want to help the striker score and he’ll help you to some cash prizes, all played inside the backdrop of a glitzy, glamorous modern football stadium in this demo slot game. 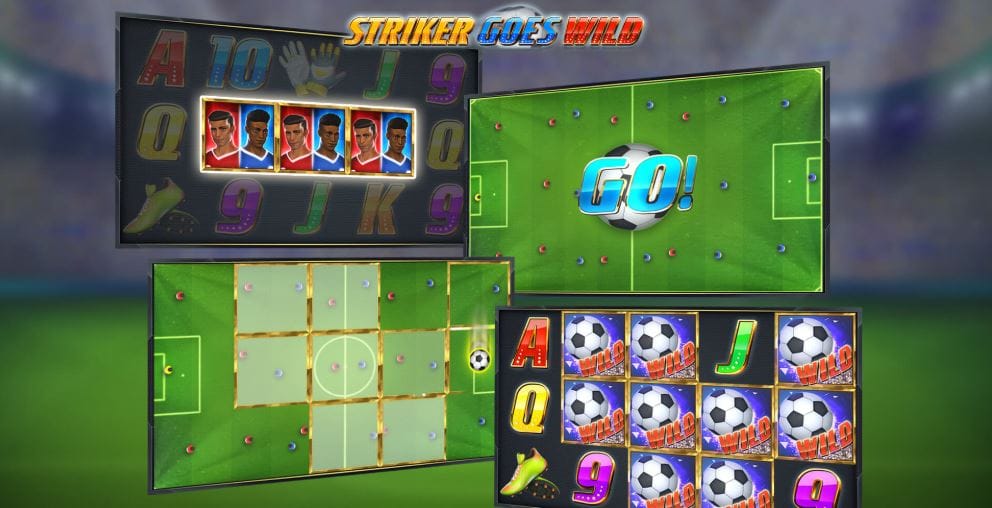 Striker Goes Wild is a slot game developed by EyeCon. This is a developer with a wealth of experience, like Gigi Buffon in the net, as they have a huge catalogue of online casino games of which this is one of the newest, released time for the 2018 World Cup. Smooth, somewhat excitable and dramatic graphics and animations make for an exciting play - especially if you’re a football fan. They’ve also done a good job with an atmospheric soundtrack.

Get the best out of our casino slot promotions before you play the game! 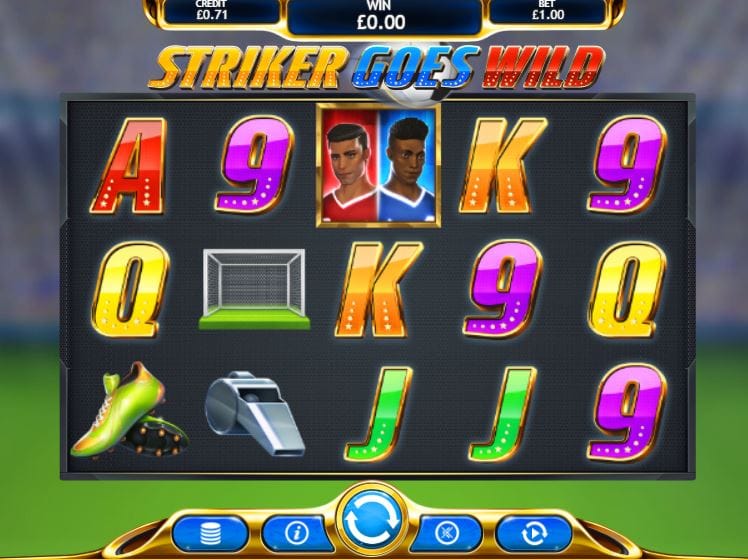 Betting starts at just one penny - proof that football is a game for all. This betting range, that goes up much higher, means Striker Goes Wild is a slot game for players of all skill levels and budgets.

Playing symbols are made up of cards when it comes to the lower paying slots. Not red and yellow from the pocket of a referee, but those from a playing deck. Although, the symbols that range from 9 to A, look more like they’ve been taken from the back of a football jersey than a deck of cards, which is a nice touch and attempt to incorporate the theme.

A pair of typically vibrant, colourful football boots marks one of the higher paying symbols, as well as a referee whistle, a goal, a trophy, a ball and a symbol showing two footballing opponents. The football is wild and as such, it can be substituted for any other symbol to form a winning combo except from the scatter. The scatter is the aforementioned symbol showing two footballers, known as the Striker.

There’s a Wild Feature in this game which is particularly exciting as the player must try and score a goal in a mini game. Here, a birds eye view of a football pitch becomes your game board and you mist perfect a winning combination to work the ball down the pitch and closer to the goal. Once there, it’s just down to your striker to finish off the job and do what he’s paid to do. If he scores, you’ll be getting paid, too!

The game is playable on both PC and Mac, as well as on Android, iPhone and tablets, meaning that the Wild Feature, unlocked by combining the football symbols, can be played almost anywhere. 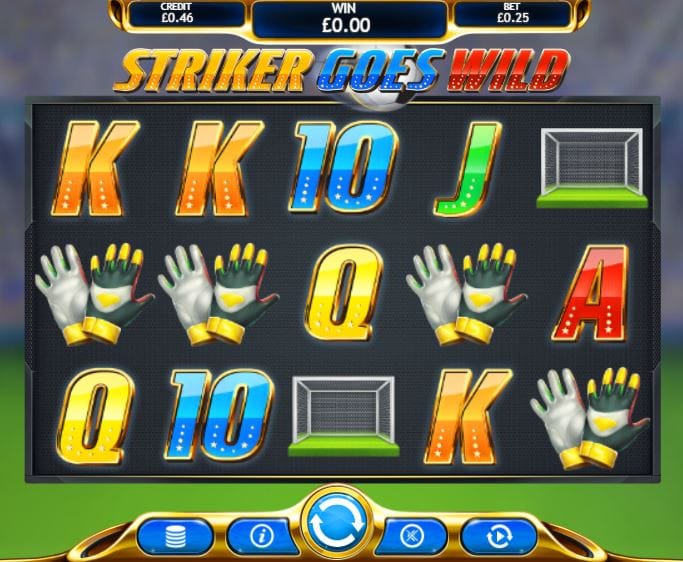 This is an extremely well-designed slot game with video animations regularly bringing everything to life. A fine soundtrack and an exciting bona feature in the form of the mini-game makes for a very entertaining play with a satisfying result should you put the ball in the back of the net. If you've enjoyed playing Striker Goes Wild, then why not play The King