Solar Queen new online slot is set across a theme of ancient Egypt. With 20 pay lines and more ways to win than most thanks to some immense multipliers. Which can get you a prize of up to 2,688 times your initial bet.

Far from a any other new online slot game layout. Playson has developed a game which includes some unrivalled mechanics. Helping to give you more chances of winning. setting a new precedent within the gaming world.

This online slot game was launched on July 2018 and its available at Slots Baby. What's more is set against an inviting backdrop of pyramids shrouded in the light of the moon.

The symbols of Solar Queen come in the form of hieroglyphics.  As well as other notable features you would recognise from ancient Egypt.

Solar Queen symbols include animals which had symbolised deities in ancient Egypt. Like the cat which is widely known to be incarnate of Bastet.

Higher value symbols are in the form of Horus and Anubis. But the one you really want to nab comes in the form of the Sun Queen. Who takes up the space of an entire reel and four slots when she does appear. 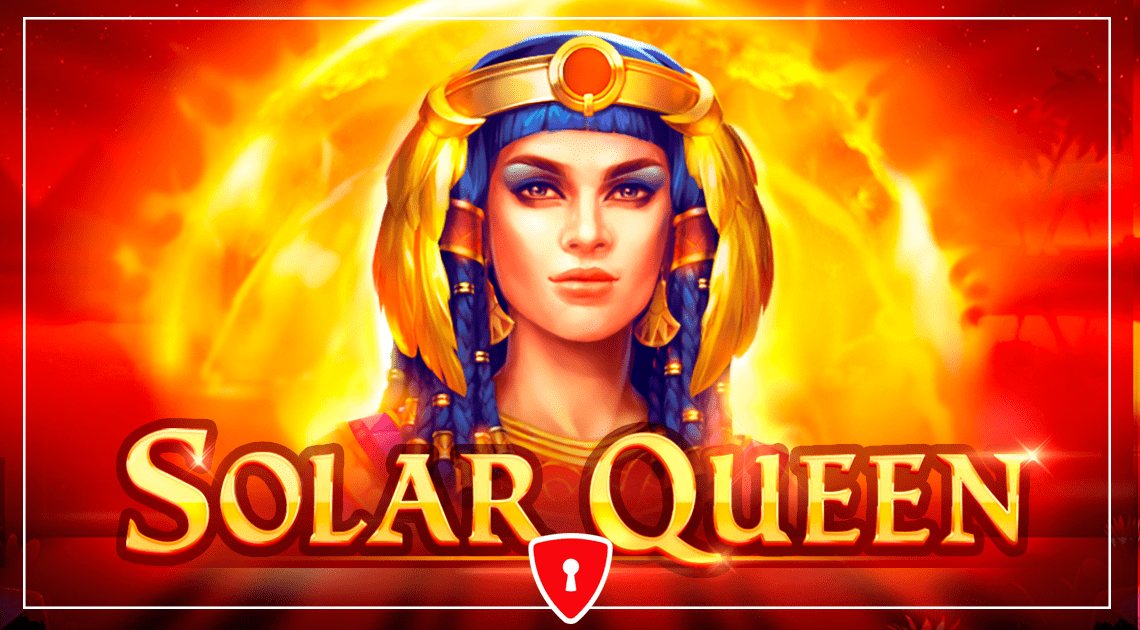 Games developer Playson is a leading casino and online slot games provider. Which has an operating presence in all areas with a regulated market. Such as Malta, Italy, Spain, Sweden and the UK.

Playson games are played via all devices across mobile browser. Additionally, any operating systems. It has developed games of different variants. As well as slots including roulette and other table games.

As well as Solar Queen, other games that Playson has created includes:

With Solar Queen, there is a whole host of bonus features just waiting for you to explore. This slot game features a sacred beetle. As the Scatter which will appear only on reels one, three and five but without any real value. If you get it on number three though on all three places. It can go and you get access to a free spins mode which plays for up to 10 spins.

During this free spins mode, you can still get the wild symbols to appear. Which come in the form of the Solar Queen herself encumbered in flames.

But with this online slot game, the Solar Queen can only show up when the sun lands on the reels. Which will then transform into the wild.

Except for the base game session when the wild will show up differently. If the sun turns to a wild symbol during this round, the game plays with a 10 to 10 spin ratio.

Now onto the multipliers - these show up throughout the base game but not when you are playing in free spins mode.

But, get a particular value with a multiplier along with three scatters. Then you can play with these even in the free spins sessions.

Here's another game players must never miss - Sherlock of London.