Are you ready to have your fortune told and see what your future has in store for you? Then step on up to Rosellas Lucky Fortune online play slots! This beautifully designed game almost looks like a Disney movie and they setting only adds to this allure with the old village with its ‘once upon a time’ feel. The animations further draw us into the gameplay with the cauldron as the spin button and the effects are amazing with the sparking flames while Rosella applauds. During free games, Rosella gets up and dances, shaking her tambourine as well as her cat appearing and walking along the street. It is a very engaging Slots Games with fun undertones. 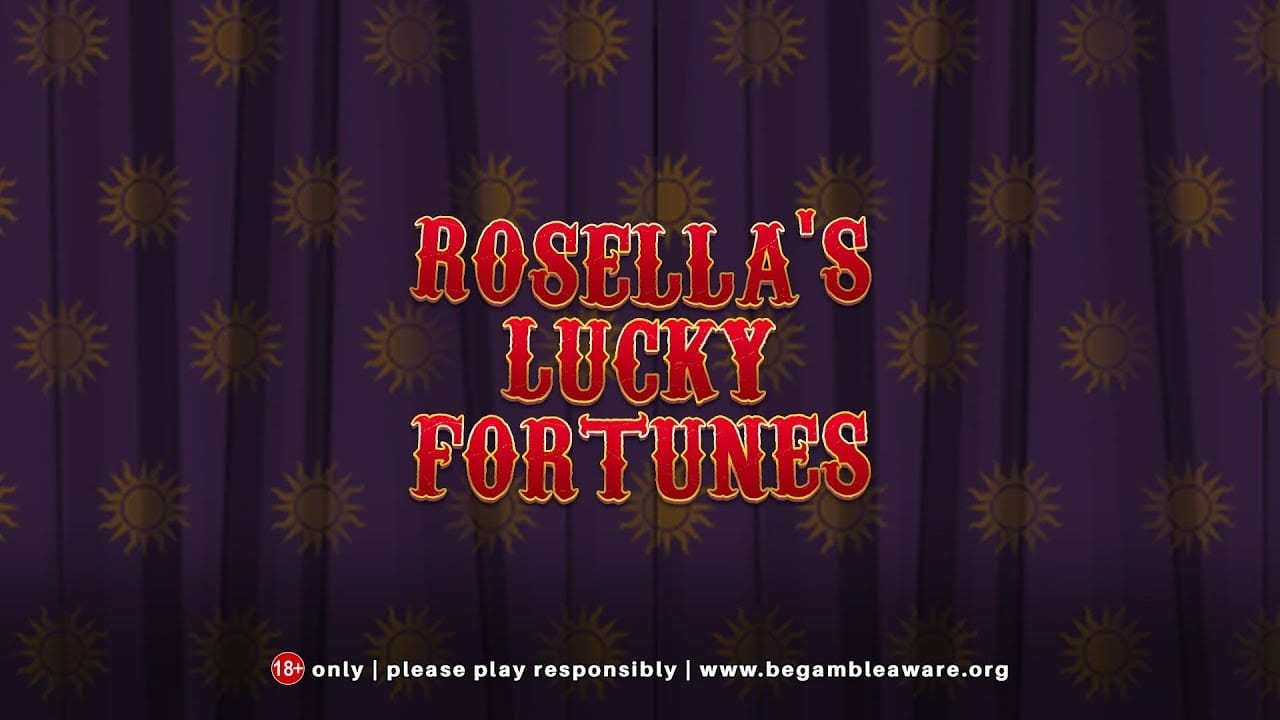 The Core Gaming has worked very hard since 2007, to make their mark as a top-tier developer of mobile-optimized HTML5 gaming products. They have managed to secure key strategic deals and partnerships ensuring that they are well on their way to reaching these goals. They have cemented their position as key players in the industry. They now offer an expansive service to casino operators which goes above and beyond simply creating their own slot machines. Each of their games is high-quality and super engaging which puts them alongside the top players. If you love promo's, try new slots with promotion offers today. 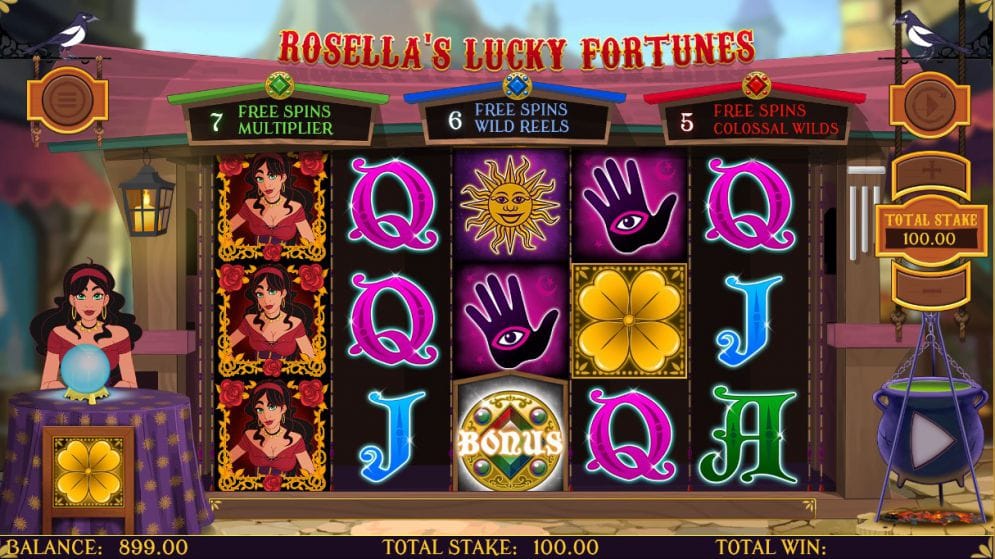 This online slot game is a true bonus game and has loads of amazing features for you to enjoy and the chance to win big. So, what are the rules?

Five of a Kind modifier: During the main game, the reels can randomly be modified and spin in a 5 of a Kind win.

Colossal Wilds modifier: Rosella, during the reel spins, cast a spell on some symbols. These symbol positions will then turn into expanding wilds covering more than one reel.

Big Win modifier: During the main game, on random occasions, a modifier can alter the reels and spin in a guaranteed Big Win (x20 of base game stake).

During the base game, should a player get 3 scattered bonus symbols on reels 1, 3 and 5, they will trigger one of the Free Spin progressive bonus pots.

'Wild Reels' Free Spins feature: A Wild Reel is locked onto one or more the reels during each spin. The reel set spins on the reels that are not wild. 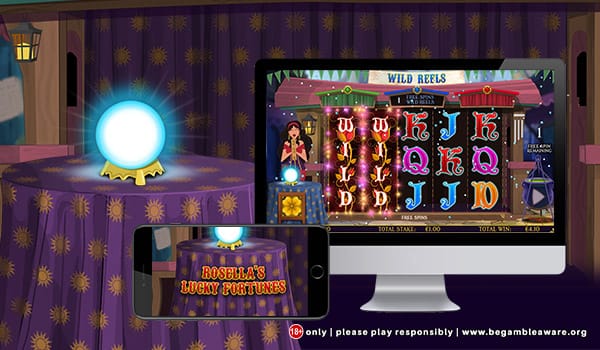 Rosellas Lucky Fortune is a unique theme inspired by Core Gaming. The high-definition graphics are quite clearly something to be admired along with the incredible variety of features which is arguably the stand out aspect of this slot! If you enjoyed Rosellas Lucky Fortune why not try Beehive Bedlam