Nuclear Armageddon seems like an unusual theme game but Red Tiger Gaming makes it work in Rocket Men. Rocket Men is a 5 reel, 20 payline UK slot starring possibly two of the most hated men of the moment; Donald Trump and Kim Jong Un. Who knew that current affairs would be in a slot? The slot is comical and the 3D depictions of the world leaders are hilarious - Donald Trump's dodgy fake tan is on point. There are lots of great features (with funny names) including Don's Driving Range feature and Kim's Little game feature.

Red Tiger Gaming is one of the most innovative slot providers out there. They work hard every day to develop the best slots for game players that are innovative, fun and exciting for all. They like to stay relevant which shows from the Rocket Men slot! They combine beautiful graphics with science and technology to create something incredible. They have a big range of slots ranging from fairytale slots like Snow White and the 7 Features and Irish luck themed slots like Rainbow Jackpots. If you enjoyed Rocket Men, you might also enjoy these titles: 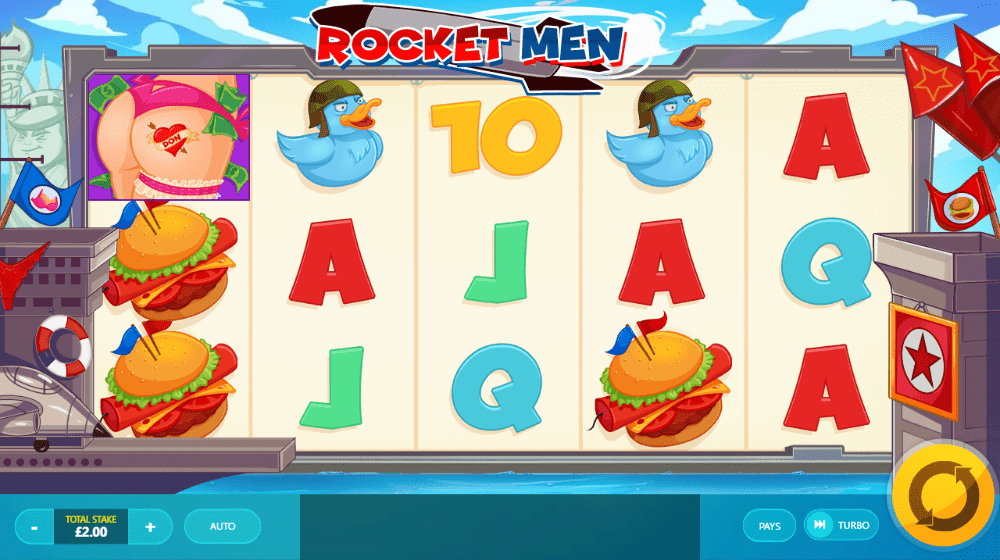 Rocket Men is an explosive slot featuring 2 of the world's (not very popular) leaders. This slot has 5 reels and 20 paylines and has a nuclear war theme. It's a very contemporary slot with fun graphics and humorous features allowing you to use your casino promotions. Behind the reels, you'll see the ocean and blue sky filled with fluffy clouds. To the left, there's Donald Trump playing golf and to the right, there's a bunch of nuclear missiles about to launch. The symbols include a bomb burger, a bird strapped to missiles wearing an army helmet, an ass strapped with cash and multi-coloured playing card symbols.

The Wild Symbol - The wild symbols in this slot are the bombs and these come with 5 bonus features:

Kim’s Little Game feature - Activate this feature by landing the Kim Jong Un symbol. You'll see him at the top of his tower throwing missiles across the reel. When the missile hits, the symbol will turn wild. A payout is also made here.

Boom Time Feature - During this feature, Kim will fire a missile. Depending on where the bomb explodes, a different cash prize will be given.

Party Time feature - Now this one is funny. Donald will slap different asses. For each one he hits, a cash reward will be revealed.

Nuclear Spins feature - An unlimited amount of free spins is given out in this feature. Both world leaders will fire rockets onto the reels. This feature ends when one of them wins. 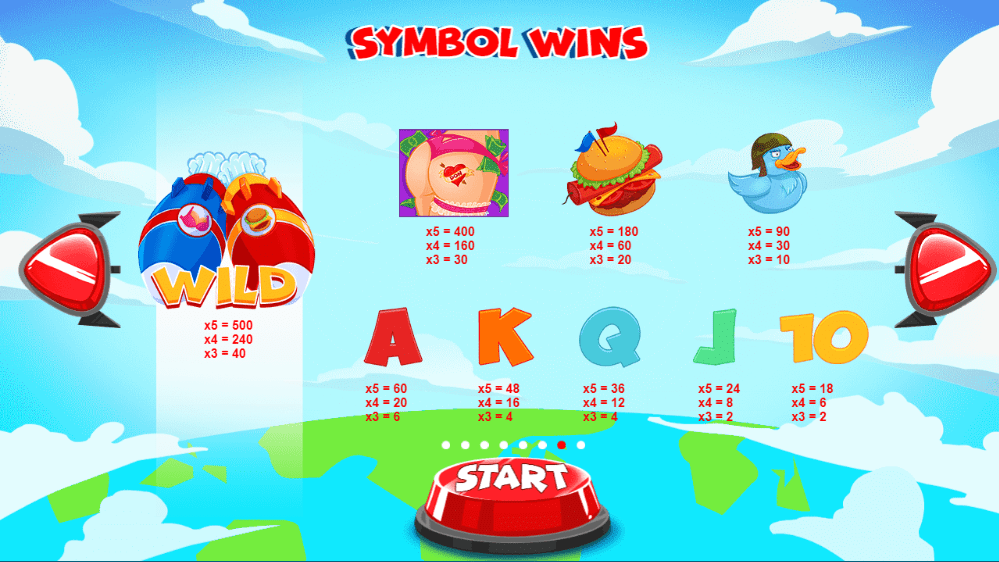 Rocket Men is certainly a unique slot. If you want something fun and want a laugh (as well as win great prizes) then this slot is for you. There are lots of great features, some of which are very funny like the party time feature which is quite unique to slot machines with bonus games. We're hoping for more interesting and current slots like this in the future!