The critically acclaimed 1986 film Platoon astonished audiences with its depiction of the bleak realities of war.  Starring Charlie Sheen, Willem Dafoe and Forest Whitaker, the film’s power and the impact was acknowledged by the receipt of two Oscars.  iSoftbet had a tough task translating this harrowing title into a slots game format, but they pull it off with aplomb.  Platoon online slots game stays true to the weighty tone of the theme with a charged atmosphere while offering some entertaining, cinematic gameplay.  Get ready to relive one of the most outstanding films of the Eighties, with this accomplished slots title. If you love promo's don't forget to check out our Slots Offers 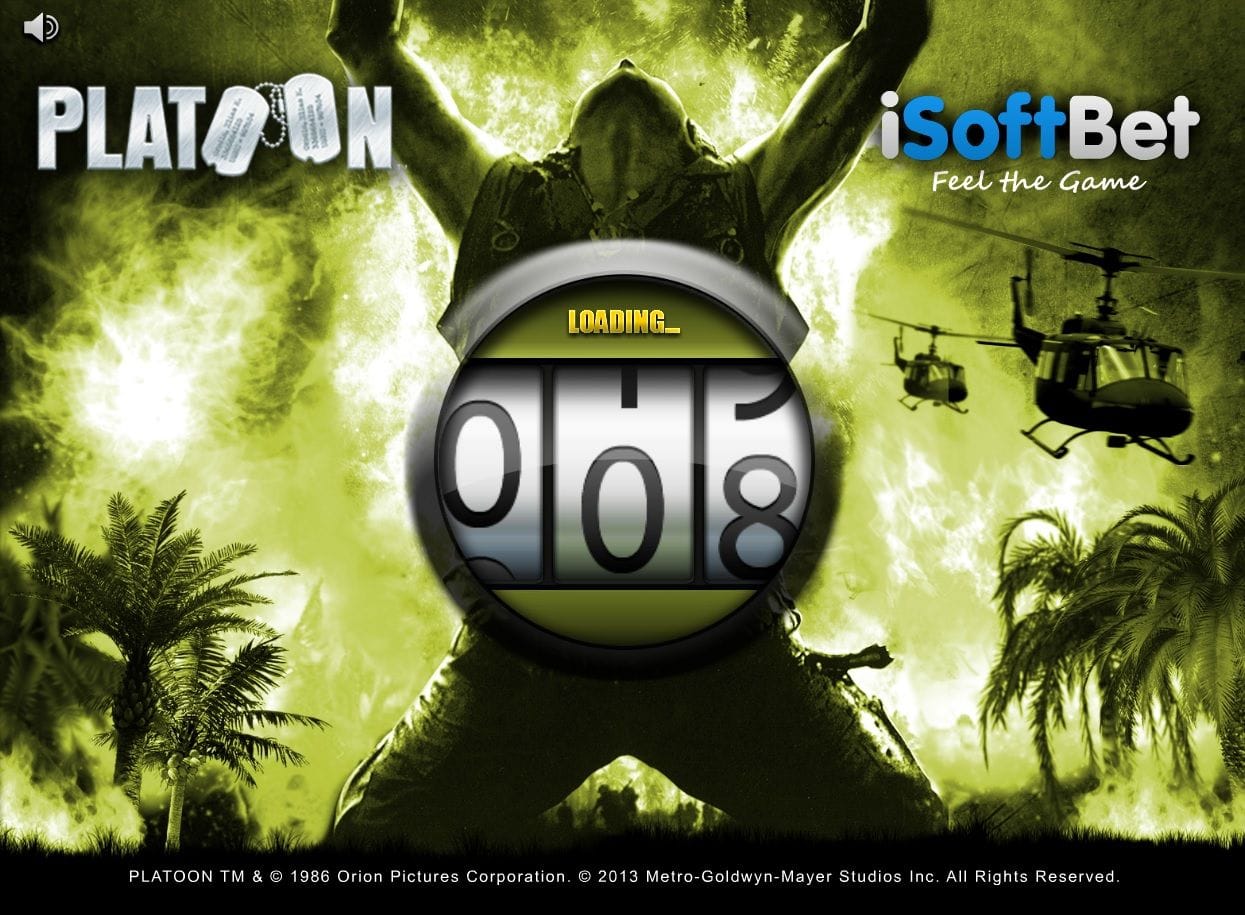 The London-based iSoftBet have a catalogue of varied, top-quality online games under their belt.  They’re responsible for classic titles such as:

They are best known, perhaps, for their slots re-imaginings of well-known films, television shows and brands, in clever and creative mashups of slots features and pop culture.  As well as Platoon, other such iSoftBet titles include:

Their high definition, feature-packed games never fail to deliver gaming content that lives up to the reputation of their brand titles.  Whether handling classic or contemporary themes, their games have real appeal for casual players seeking aesthetics and entertainment-value, and more serious online slots fans concerned with game mechanics, stakes and win lines. 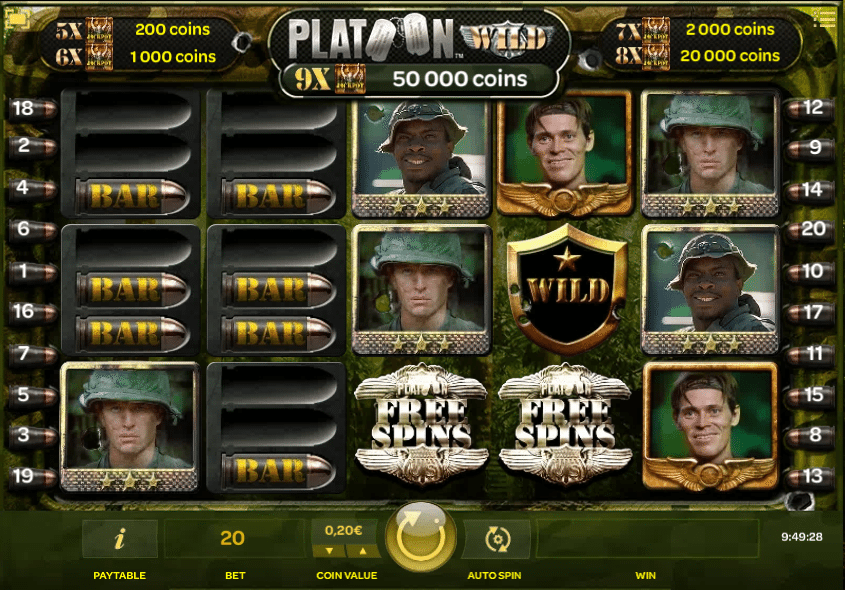 The backdrop, appropriately, is a jungle in Vietnam, with the reels surrounded by green foliage, and a Vietnamese Buddha statue to the left.  To the right is a shadowy figure, presumably a soldier heading into the depths of the jungle.  The symbols include faces of the movie’s main characters, as well as 9, 10, J, Q, K and A letters with dog tags around them.

The tense orchestral soundtrack adds a lot to the game’s atmosphere, with low notes, and subtle military snare drums creeping in at times.  Bonus features, too, ratchet up the tension, amongst them:

The game comes equipped with a full array of Autospin, max bet and payline shortcuts, making it easy to tailor and tweak the game to your preference. 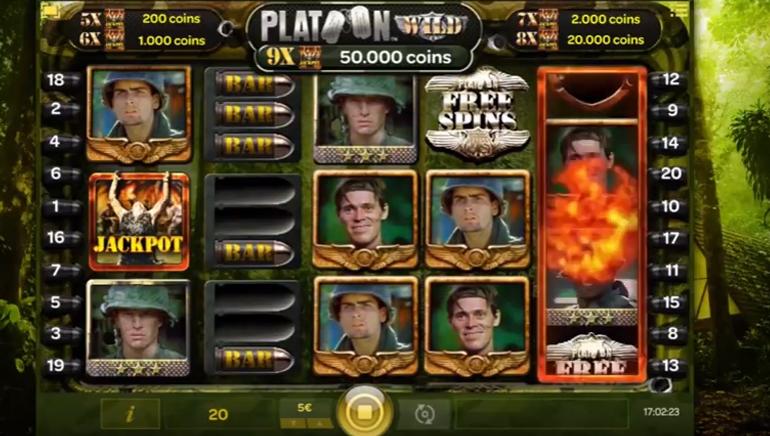 Platoon slot navigates the tricky task of a war film/slots crossover with great skill.  Its high-quality design and low-key but effective bonus features pay homage to a harrowing Hollywood masterpiece, without undermining the solemn tone of the film.