Give it a go and have a spin on Peking Luck! This great slot game is a colourful Chinese festival themed slot with 5 reels and 25 paylines. It’s by Pragmatic Play and includes wilds that deliver double payouts and free spins. Once the free spins round starts, you can enjoy multipliers as high as 36x. You can access the game on all your devices for stakes between 25p and £125 per spin.

Pragmatic Play was formed in August 2015 and is considered one of the fastest growing online casino game providers. The team consists of more than 100 highly-skilled professionals who develop their games from company's headquarters in Sliema, Malta. Within just a few years, this company has become one of the most renowned out there. They’ve already earned recognition through awards such as; Best HR Director of the Year, Best Gamified Experience Company and Best Digital Company of the Year. 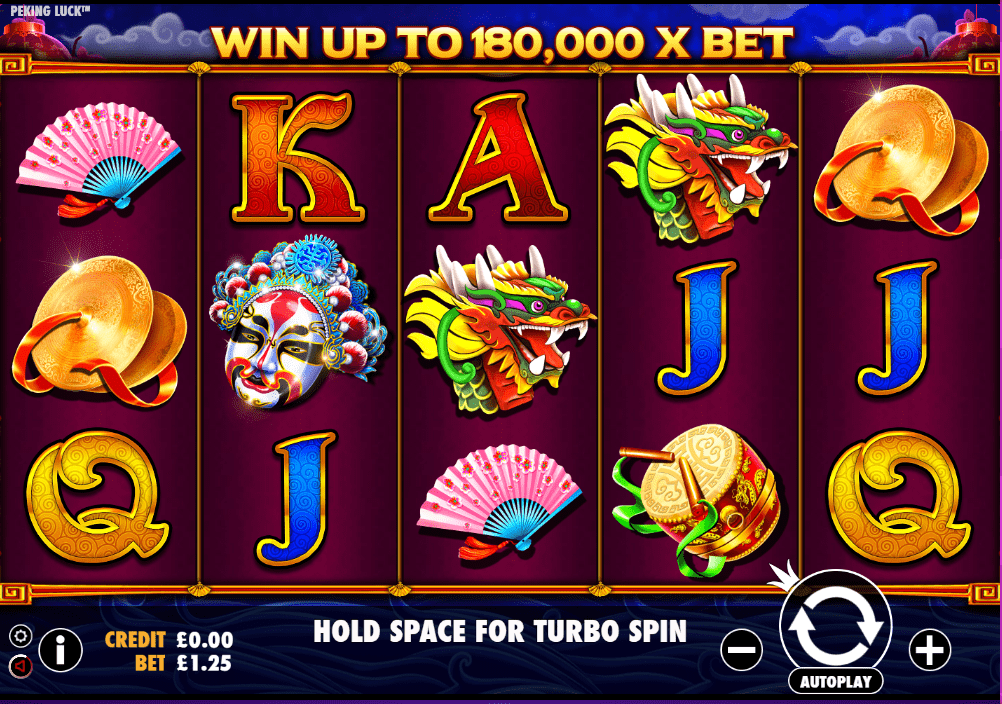 Peking Luck has an excellent design set against a backdrop featuring magic lanterns, rolling seas, blossom trees, the reels are purple with symbols on there including low value card symbols and others are traditionally associated with China e.g. a fan, a dragon, cymbals and a drum. The highest paying among the standard symbols is the carnival mask. If 5 of these hit a payline, you’ll receive a payout of 30x your total stake. so you better start using those uk slot promotions to get on a roll!

6 dragons will then be shown on screen. Pick one of them and you could reveal a multiplier value that will be carried out on all payouts during free spins. This multiplier can range between 2x to 18x. You’ll win 10 more free spins each time 3 or more scatters land during a free spin. In addition, the wild symbol can combine with other multipliers to offer more chances at winning. 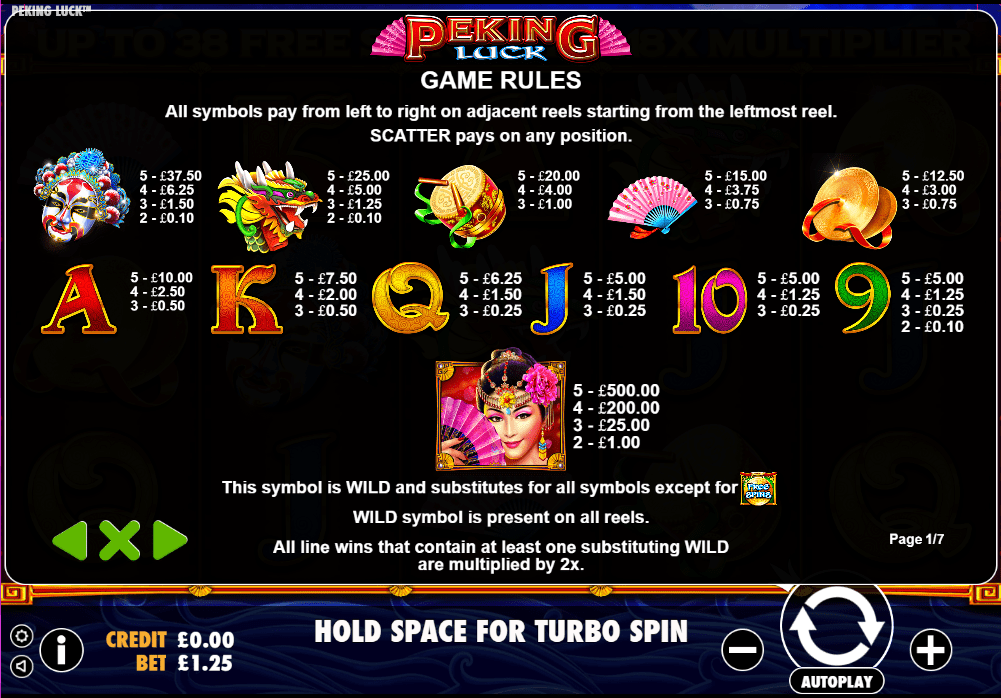 Peking Luck is highly volatile. Players can expect to endure lengthy winless spells even the Free Spins feature doesn’t hit as often as you would hope it does. If you land a lot of free spins + a huge multiplier then hit a lucky wild, you could end up with some big results.

The sound and visual quality is excellent and meets the standard at which we hold for our games here at Sbaby. Gameplay is simple, but the slot also has a super high variance and offers the potential for some explosive fun. Peking Luck is designed for the punter who likes high risk, high reward slots and a classical Chinese theme.