The slot has 5 reels and 25 paylines, although you have the option to choose fewer lines. Select your coin value at the bottom left-hand corner and your line bet from 1 to 10. It is set on a blue velvet curtain and the reels are framed with intricate jewelled brass. Most of the symbols here are playing cards from 9 to Ace. They’re all very bold and have different bright colours. So there’s a lot of colour in this game on the symbols and also the jewels. If you love promo's don't forget to check out our Slot offers. 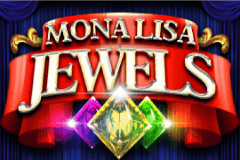 Not much is known about the history of ownership of this company. In the course of research, you’ll find that the first news about them starts in 2010 when they formed their first partnerships with online casinos. 7 years later and they have built/acquired an impressive collection of games. They have operating licenses in most of the regulated EU jurisdictions like Italy and Belgium.

If their output in the past half a decade is anything to go by, they are not stopping any time soon. Players can expect a more varied selection of games with unique features, more exciting graphics and break out bonuses. 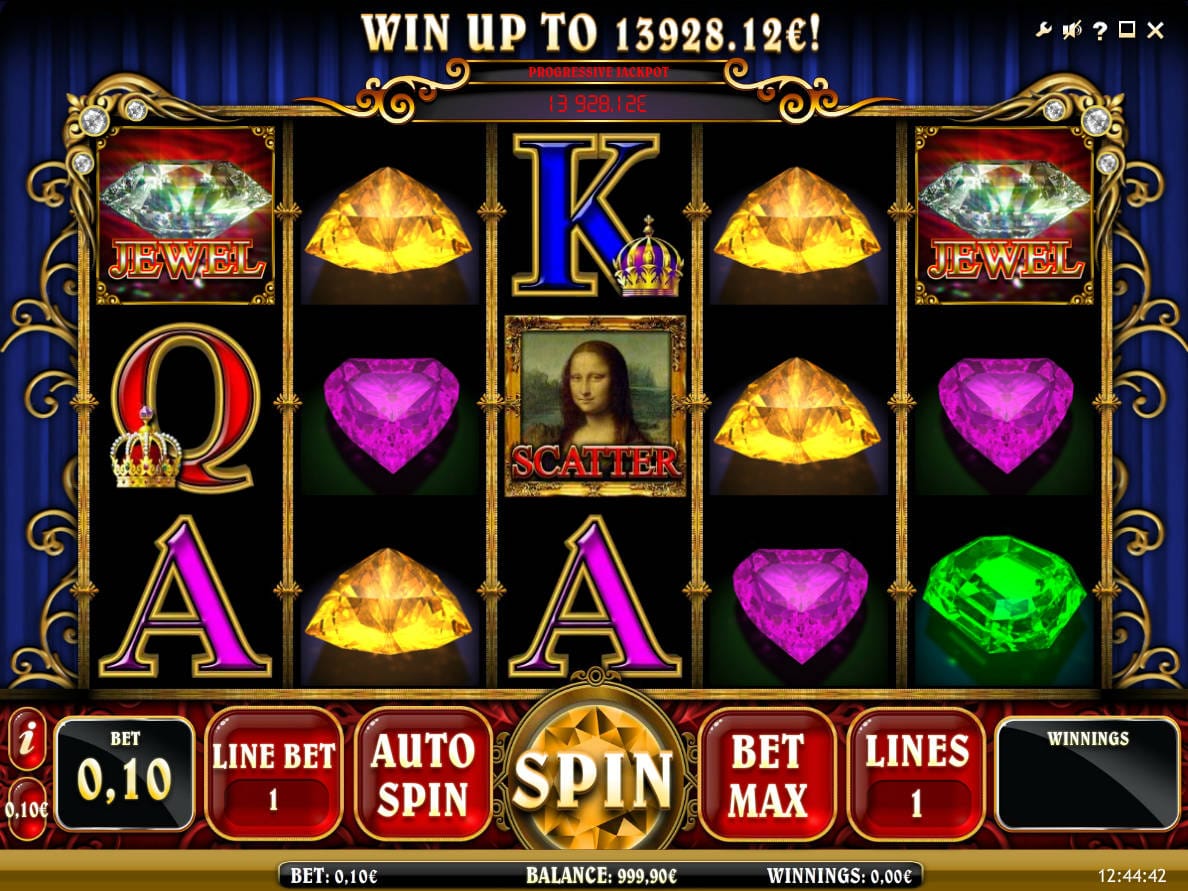 You will find that there’s too much contrast between the Mona Lisa and the slot symbols. Mona Lisa has a warm colouring while the symbols have such screaming colours. The colours should have been a little more standardized to create a more relaxing atmosphere for gameplay. Maybe the goal was for the colours to be aloud and the soundtrack to be gentle because the music played all through the slot is very fitting. However, there are times where the soundtrack is spoiled by the loud clunking sound of the reels.

The highest win for the symbol combos is 150 coins, while the least is 100 coins. All the jewel symbols and wild symbol pay out 150 coins. The large diamond symbol pays out 150 coins when you land five of them continuously. 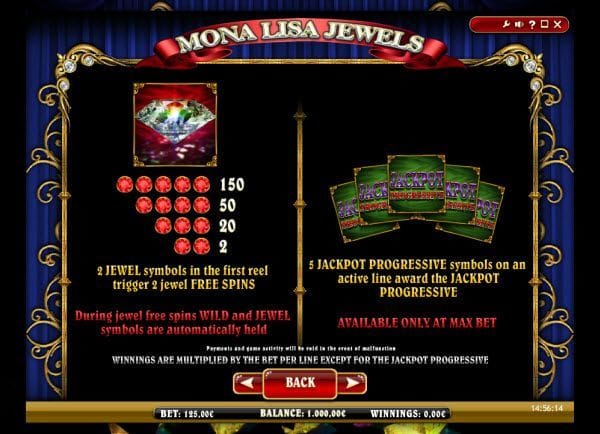 The slot won’t draw you in because of its irritatingly bright colours. The only thing that will get you playing continuously is your chance at winning the progressive Jackpot, the free spins and multipliers. It’s a slot that is going to appeal to jackpot lovers mostly as that is one of the things that gives the game a boost.