Here's a superb new online slots game from Microgaming which you can play.

Based on the classic novel by Herman Melville, developers MultiSlot have delivered an online casino game which takes you along on the epic voyage with Captain Ahab in pursuit of the great white whale.

Complete with an array of bonus features and stunning graphics, this is a swashbuckling adventure you don’t want to miss out on!

Check out our entire list of Slots games now.

Describing themselves as having created the “world’s first true online casino “ Microgaming has become one of the industry’s most respected developers after developing a raft of quality games since being established in 1994.

They took home the 2017 award for Best Mobile Gaming Software at the 2017 EGR B2B Awards. It’s been a huge year for Microgaming as they also won Mobile Product of the Year at the International Gaming Awards and the 2017 Spark Award for their Idea Factory initiative! Some of Microgaming’s best-known titles include Jurassic Park 2, Terminator 2 and Bridesmaids. If you love promo's, get the new slot offers online today. 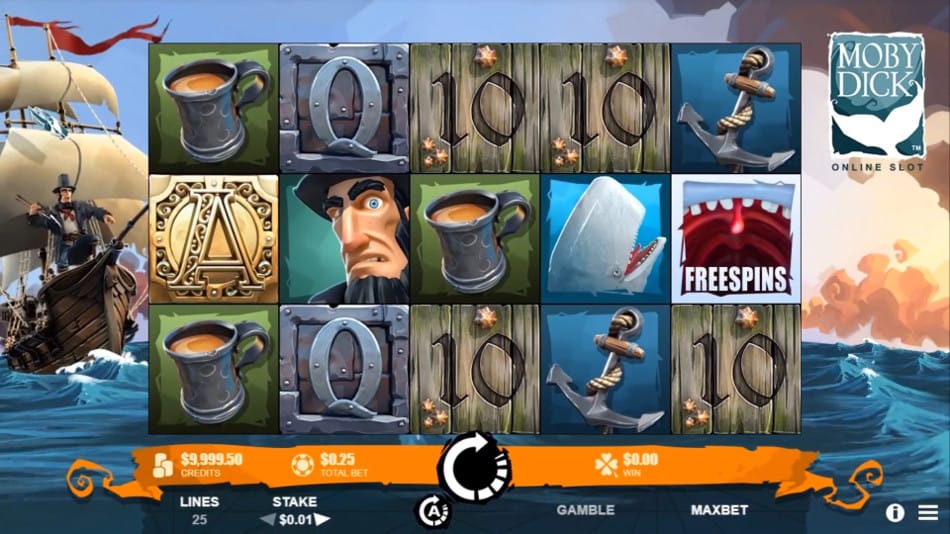 The game comes with four great bonus features just to keep you interested. The Wilds take the form of the ship’s wheel and if you manage to collect five of them on a line, that will win you the jackpot of 20,856 coins. The ship’s wheel can also take the place of other symbols and increase the winnings on a line.

Once you get swallowed by Moby Dick, you also between 10 and 20 free spins if manage to collect between 4 and 7 ship wheel symbols. Three ship wheel symbols will activate Frozen Re-Spin mode to make it easier for you to achieve that. 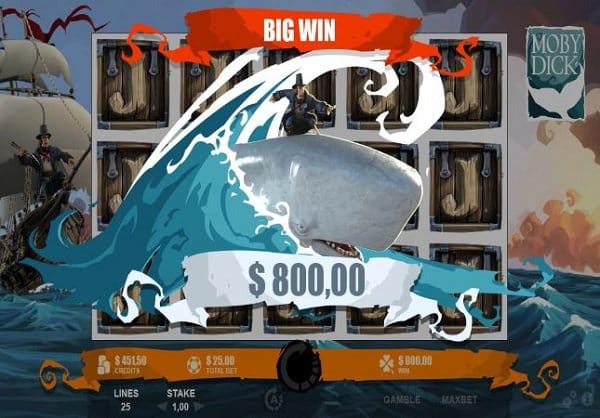 Aside from the work done by Microgaming, Austrian based game developers Rabcat worked on the soundtrack for this Moby Dick game. Rabcat is specialists in creating enchanting and captivating soundtracks for online slots and casino games so it’s no surprise that the soundtrack in this title is so riveting.

Aside from the soundtrack, the visual graphics are also extremely gripping. The waves constantly sway and move throughout in a very authentic style. It’s so mesmeric and lifelike that you would be forgiven for feeling at least a little bit seasick while you’re playing along!

With the game being based on a legendary piece of literature, the slot itself benefits from having a sense of narrative running alongside it. This helps to create the overall atmosphere of the game, making for a fully immersive experience as well as just a simple and fun online slots game.