Legend of the Golden Monkey

Yggdrasil is slowly growing their popularity and if this game is anything to go by, they are slowly climbing up the ranks in the online slot world. The Legend of the Golden Monkey has the main star- a notorious, but a brave climbing monkey who is the king. Think something along the lines of Caesar from Planet of The Apes.

The Golden Monkey leads a tribe that is committed to protecting his hidden treasures. Are you ready to journey into the myth of the monkey and collect handsome amounts of cash while you’re at it? Start by setting your bet from 0.25 to 125.00 a spin. This is your shot at winning the game’s jackpot that multiplies your stake by 250x. You can win rewards across the reel from right to left and left to right. Other features include free spins, various forms of wilds, instant wins and more. See more great games here: SlotsBaby

If you love promo's don't forget to check out our slot bonus spins.

Yggdrasil is a new addition to the online slot game industry. They started operations in 2013 and so far have produced great games with incredible innovation. Most of their games have various exciting themes. The Legend of the Golden Monkey is the first slot game with an animal theme that they have released so far. Other exciting games part of their collection include; 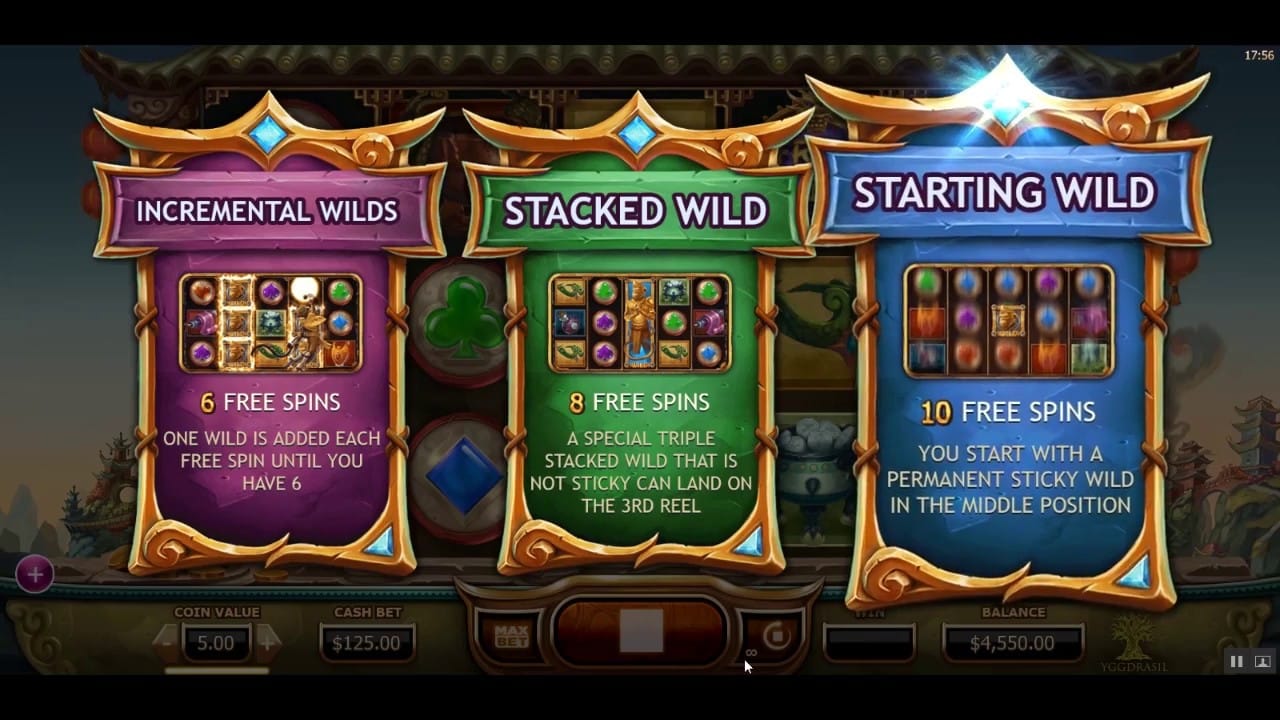 The game has 5 reels and 25 lines. Once you get into the game you have the reels set in an Oriental town. The reels are held by pillars of golden poles with ancient looking patterns. The controls lie at the bottom of the screen together with the autoplay feature and paytable.

It’s an exciting feeling to know that as you play you are making your way to the non-progressive jackpot that multiplies your stake by 250x. This special prize is awarded to anyone who spins 5 similar ancient golden pot symbols.

The second highest symbol is the silver pot with silver coins, that has a prize multiplier of 200x. The purple scroll multiplies the stake by 150x.

There are certain symbols in the game that will activate special features. 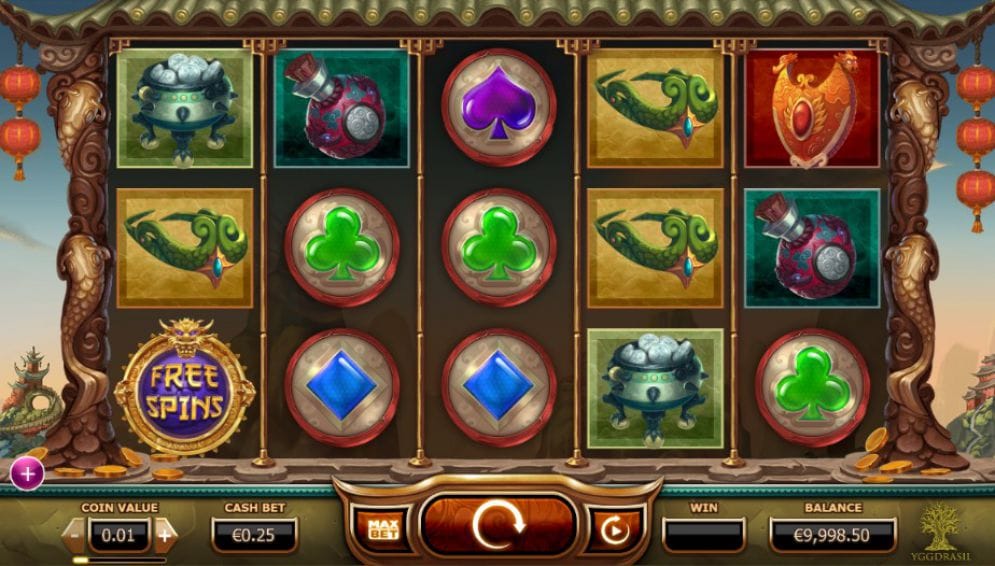 This game has a high likelihood of return of 96%. Once you play it you will be hooked by the variety of potential wins as well as the concepts of wilds. Try it out today and see if you can win on The Legend of the Golden Monkey.

If you enjoyed Legend of the Golden Monkey then you might also like Fairytale Legends Hansel and Gretel.