Here's one of the new online games from masters of development, NetEnt. In Japan, Koi fish symbolize love and friendship. Koi Princess new online slots takes you on a zen journey to a peaceful pagoda in Japan.  There you’ll meet the Koi Princess, whose tranquil lifestyle has clearly led to great wealth, some of which it seems she wants to share with you.  With a sublime Manga artistic style, a peaceful atmosphere, and plenty of bonuses and winning chances, this game is a zen delight, for aspiring world travelers and claim bonus and play slots fanatics alike. 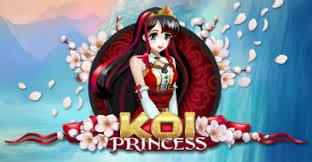 NetEnt’s are masters at creating gorgeous, immersive gaming experiences.  They have their finger on the pulse of pop culture, and this is reflected in their big-name titles, such as:

You can recognise a NetEnt game from its cinematic style, its self-aware sense of humour, and its powerful playability.  Their game concepts are ingenious, and always impressively realised to appeal to all types of slot player. If you love promo's, get the best new slot promotions now. 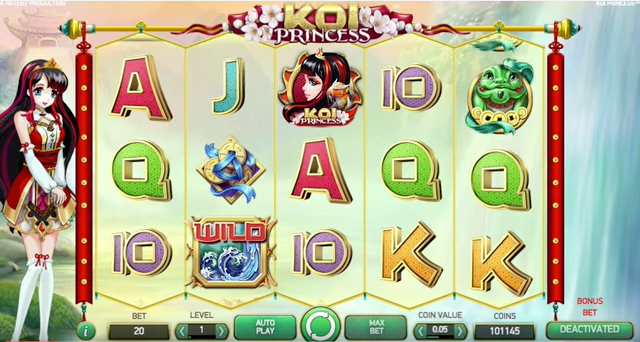 This game takes us to a stunning landscape in Japan, with a cascading waterfall on the right, and a pagoda atop misty hills to the left.  The five reels are fashioned after an ornate Japanese scroll, and the symbols include differently coloured intricate Japanese artefacts or ‘idols’.  To the left of the reels stands the Koi Princess herself in her beautiful red and gold outfit, a comforting, serene presence as you spin the reels.  She reacts with delight at win lines, and is a great companion throughout the game.  Koi Princess has a wealth of features that make it as sparkling and multi-faceted as an Eastern jewel, including: 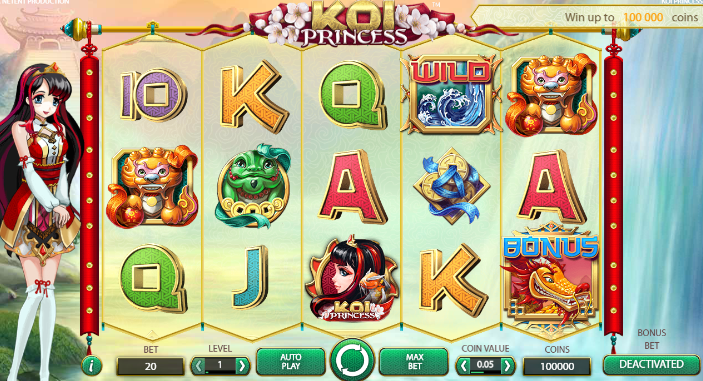 Koi Princess captures the spirit of Japan in its Manga-style design, and will surely capture the hearts of slots fans, too, with its multi-layered, varied gameplay.  So, don’t be koi, and give this bonus-packed NetEnt title a spin! If you enjoyed Koi Princess then you might also like Lost Vegas