Here's a superb new online slots game from Eyecon Gaming that you can enjoy playing. You don't know what you're missing if you decide to opt out of the fairy-tale, medieval game of Kingdom of Cash.

The adventure of riding through the forest on your white stalling, rolling through mountains, and rescuing the princess trapped in a castle can make any online casino gamer want to feel like the knight in shining armour! Created by the prolific developers of Eyecon, the players experience a sensation that goes way beyond the excitement of playing an online slot game.

Emerge yourself in the Middle-Age setting and win the heart of the princess by immersing yourself in the Kingdom of Cash! If you love promo's don't forget to check out our latest slot bonuses

You'd be surprised at how much talent you can find down under! Keeping their reputation on a pedestal for over 20 years, Eyecon, also known as Eyecon Pty. has made a huge success on developing and publishing both land-based and online casino games from the heart of Brisbane, Australia.

They're particularly renowned for creating games that have television multimedia integration; allowing you and all your friends watch you gain big winnings on one of their online slot games. If you're already familiar with games that they've previously made like Pachinko and Perfect Pairs Blackjack, then wait to be wowed by what Kingdom of Cash has to offer to you! 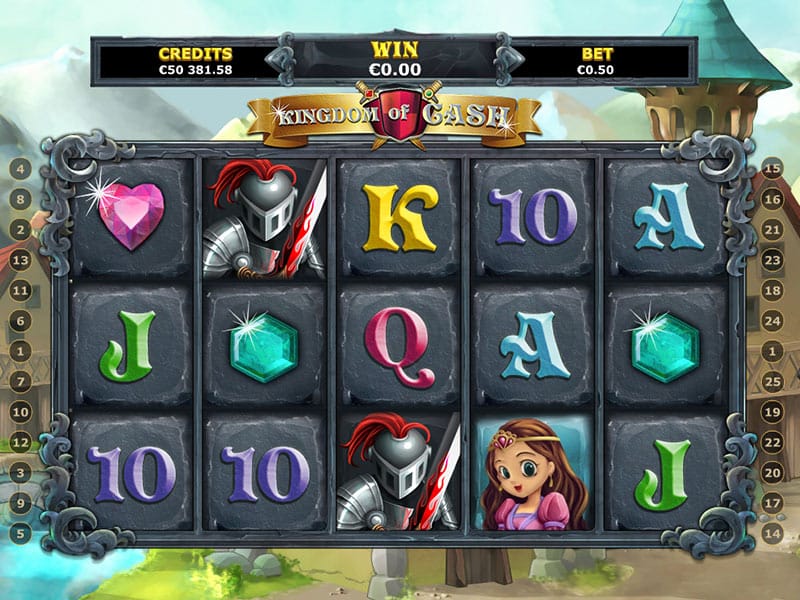 The player sets their course and starts their adventures by spinning the reels the moment they appear on the game board. With 5 reels and 25 pay lines, they are able to adjust the wage and decide how many pay lines they can bet on.

The icons on the reels are shown as forest animals, letters, and other traditional medieval ornaments that make you feel like you've gone back a few centuries. Gaining a combination of the same icons means a that you've won a round.

And depending on the value of each icon, you could end up with a higher payout than what you first bet on before. So with the many wonders that can blossom in your medieval world?

But in every medieval adventure, there is a combat scene that you have to claim victory from.

A prize that's most fitting for a knight in shining armour! 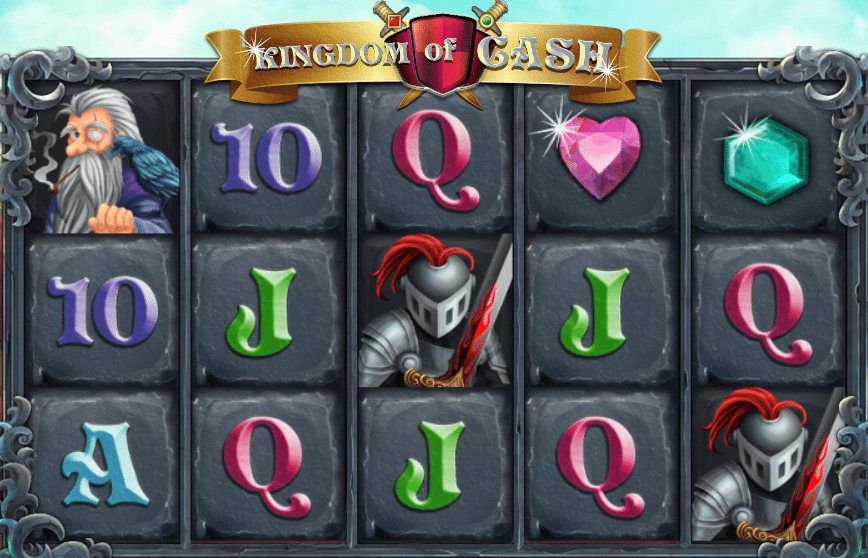 At the end of every fairy-tale story, the knights always save the princess and win a big pot of gold. Many of the online casino players that have played Kingdom of Cash before have won so many big pots of gold, that they always find themselves returning to their favourite game vendor and play it again and again.

The great mountains, the Middle-Age villages, the cute forest creatures, and the ominous sword fights against other characters makes it impossible for medieval lovers not play this slot game at a casino online. Ride your stallion into the wilderness and place your first bet on Kingdom of Cash today! If you enjoyed Kingdom Of Cash then you might also like Irish Eyes