Everyone remembers Rango, the chameleon who got lost in the desert only to end up in a town called Dirt. He became the town’s Sherriff and saved Dirt from a dry predicament. Johnny Depp voiced Rango and other members of the cast include; Beans (an Iguana) voiced by Isla Fisher and Rattlesnake Jake as Bill Nighy.

Fans of the film will have a real kick recognizing features from the movie in the slot. Jackpot Rango uses characters from the film as symbols. All the action is set against a colourful background which gives the slot a very bright look. There are a bright sunny sky and a desert path. The soundtrack of the movie will play all through the game which may make you nostalgic for Rango’s adventures. The music gets louder during the online slot game feature. To curb your nostalgia a little, iSoftbet has added scenes from the film that plays during the feature.

iSoftbet’s history goes back to ay before 2010. They are giants in the online slot game industry as they have more than 400 games. They follow no restricted genre or niche. You’ll find that their games are very diverse in nature, but sometimes it is easy to detect their features since most of their games have the same features as the other. They’re known for creating slot games replicating movie/TV themes such as this one called Jackpot Rango based on the animated film Rango. 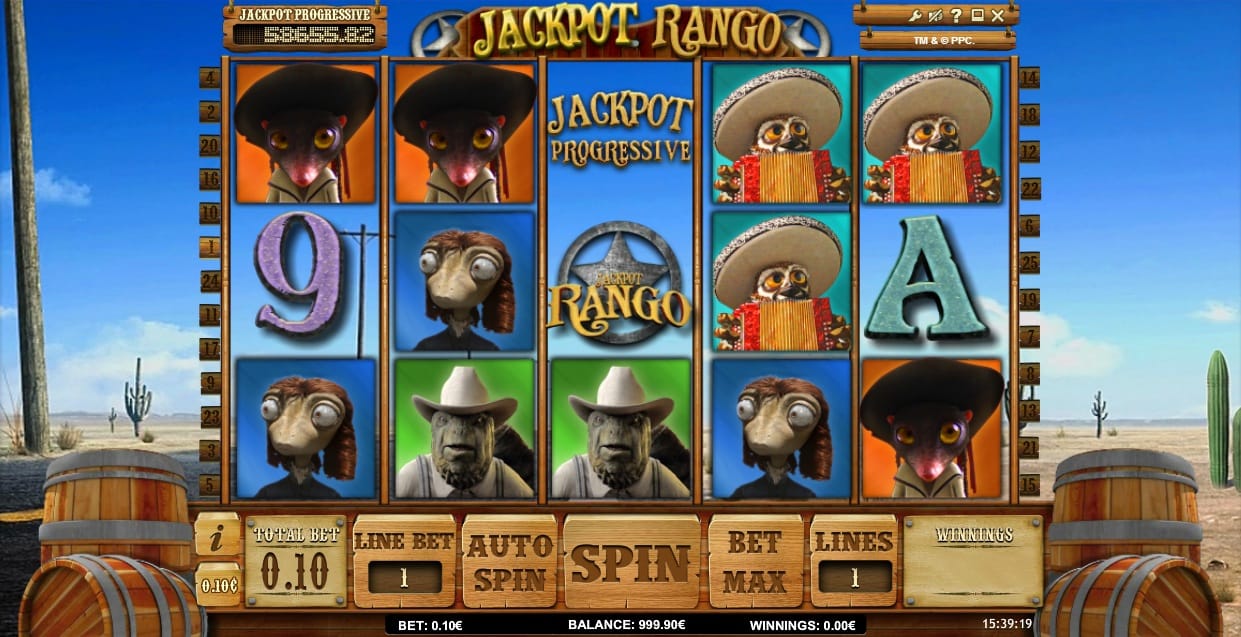 The goal is to form matching symbols across the reel from left to right to get a win. All five matching symbol combinations that feature a particular character from the movie pay out 150 coins on a winning payline.

Rango and Rattlesnake Jake will give you a win if you land just two of them in a row, but the other symbols need you to land at least three. The slot’s auto spin option allows up to 50 uninterrupted spins but will stop if you land a feature.

Rattlesnake Jake is the wild symbol and will replace every other symbol except the scatter symbol and the progressive Jackpot Rango symbols.

The Jackpot amount entices you throughout the game since it’s placed in the top left corner. With time it ticks upwards until a winner claims it and then it resets to the initial base amount. You will need to land the Jackpot Progressive symbol five times consecutively in a winning line for you to have a chance at the jackpot. 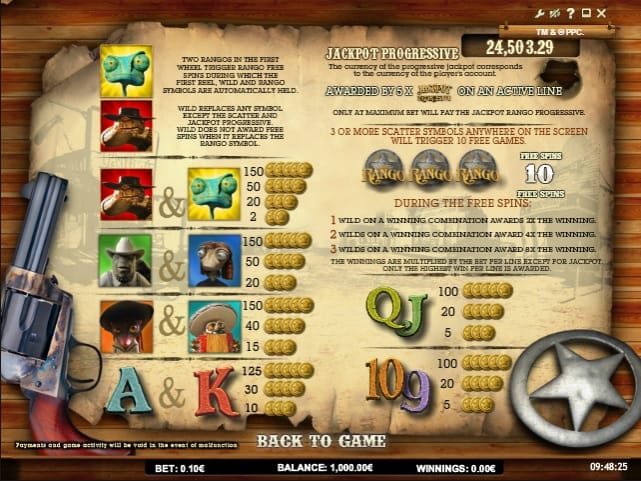 If you loved the movie, you’ll definitely feel relaxed playing Jackpot Rango. There are great graphics in there and the small film clips are a nice added touch. Let’s not forget the fact that you can win big here not only from the wilds and scatters, but also the progressive Jackpot. If you enjoyed Jackpot Rango then you might also like Space Corsairs