Hanzo's Dojo is a 5 reel, 25 payline video slots game developed by Yggdrasil Gaming with a Japanese ninja theme. This slot contributes to our goal of making all slots mobile on our site by being playable on all devices including desktop, smartphones and tablets and you get bet from as little as 25p to as much as £125 per spin. It's time to put your best ninja moves to the test as you're about to battle it out for fortune. You want to win, right? Hanzo's Dojo has lots of fun features including Colossal Symbols, Expanding Wild Reels and two free spins round.

Yggdrasil is one of the best providers of online slots and has been developing games since 2013. Since they launched their first game, they have quickly become known as one of the industry's most respected and acclaimed suppliers. Their mission is to create the games that people want. Slots which provide plenty of entertainment, are good to look at, easy to use and have exciting features. Some of their latest slots include Wolf Hunters, Penguin City and Tut's Twister. If you enjoyed Hanzo's Dojo, you'll love these titles: 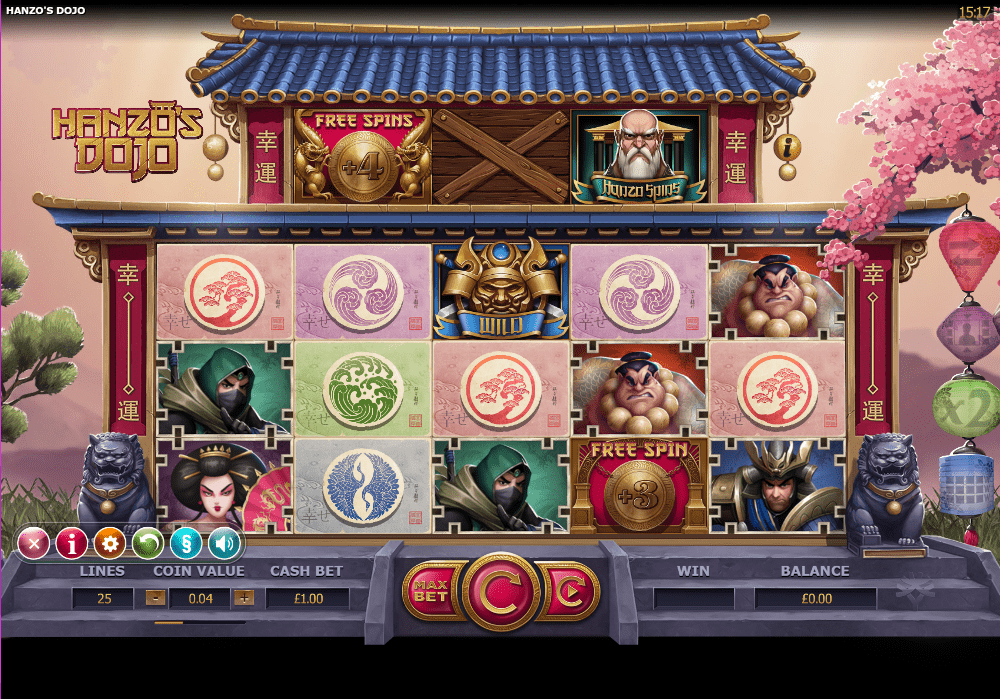 Hanzo's Dojo is a 5 reel, 25 payline slot with a Japanese fighting theme. If you have ever wondered what it's like to be a ninja, then you will find out in this slot. It's time to get the samurai swords out, put on your ninja warrior gear and click spin to utilise your gambling promotions just as a ninja utilises his ninja sai. Behind the reels, you'll see a beautiful Japanese scene. You'll see the pretty dusky pink sky in the background as well as beautiful candyfloss pink blossom trees near the reels. The reels are placed inside a typical luxurious Japanese building. Symbols include bonsai trees, birds, waves and wind storms. You'll also see the Japanese fighters which include the ninja, sumo wrestler, fan fighter and samurai.

Rooftop Slot Feature - Inside the roof of the Japanese building, you'll notice a mini slot. This is where the rooftop slot feature takes places. This feature is activated when symbols land here. You'll benefit from wilds that expand down the main reels as well as 3 mystery symbols and 3 mini spins. 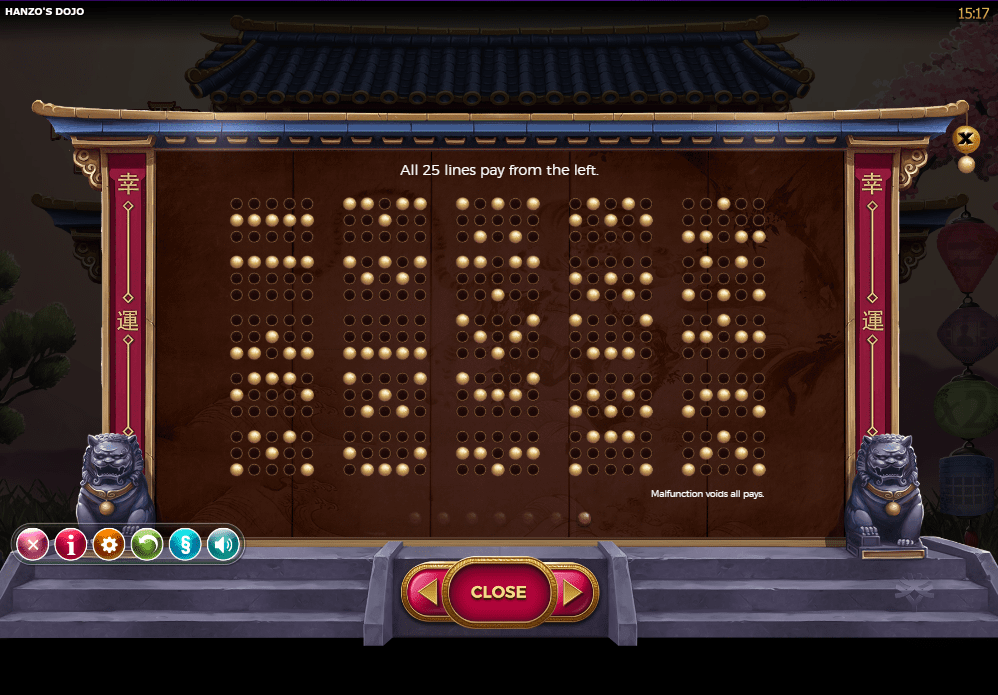 Hanzo's Dojo is an interesting Japanese fighter themed slot. The design is simply beautiful with the stunning Japanese architecture and hues of pink making a stark contrast to the normal, dull, free spins slot games that you can find from other sites. It's a very fun theme with the different fighters which include sumo wrestlers and samurais. The oriental soundtrack also goes perfectly with this slot. Hanzo's Dojo also has some exciting features that give out many exciting rewards. The addition of the rooftop slot feature is great as you have the opportunity to win even more from the extra free spins.