Foxin’ Wins Again follows the adventures of affluent Foxin’, and this time it is nautical! This is soon becoming a series by NextGen beginning with the online slots Foxin’ Wins, which proved to be so popular that they’ve decided to create a second instalment.

You can expect this sequel to be more vivid and bigger than the original game. NextGen has also increased the pay lines from the initial 25 to 50 for Foxin’ Wins Again. It still follows the 5 reels and 3 rows format and the betting range from £0.50 to £100 per spin. There is also the Superbet option in this online casino games.

NextGen Gaming is an Australian based casino games provider founded in 1999. They are well known and respected in their field and often partner with other prominent software providers and developers such as NetEnt and Microgaming.

Although their name does not appear as often as others, they do produce popular online slot games. Some of which are:

If you love promo's, get the best UK casino bonuses. 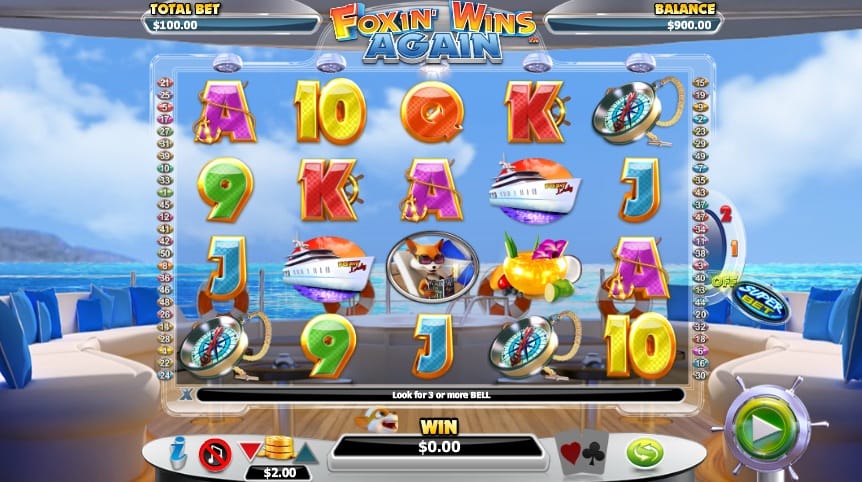 Foxin’ finds himself on a gorgeous yacht in this series. The yacht has immaculate white furnishings against a vast blue ocean that leads into the clear horizon. The setting changes slightly during Bonus Rounds where the clear skies are traded in for pink and purple hues, like sailing into dusk.

The symbols in this online slots game are mostly nautical as well: yacht, compass, cocktail and bell represent the higher value symbols. The lower value symbols are represented by the 9 to Ace card variety.

Foxin’ also introduces us to his little ones. They are not only adorable; they are also bonus symbols that function as Wild converters. The slots also feature the traditional Scatters and Free Spins. More on that below:

Foxin’ with the words ‘Wild’ written across it represents the Wild symbol in this online slots game. It can replace all other symbols to form a winning combination with the exception of the Scatter (Bell).

The Bell represents the Scatter symbol in this online slots game. When 3 or more of these Scatters appear on the reels, the Free Spins round is triggered. You get 10 Free Spins during which all the winnings are doubled, and there is also a possibility of re-triggering the Free Spins. The cute little fox pups also appear more regularly during this round, converting symbols to Wilds, which gives players an opportunity for bigger wins.

This is a feature that NextGen incorporates in some of their slots. It gives you the option of increasing your bet in order to receive more Wilds on the reels. The more you bet, the more Wilds you will receive from the cheeky little fox pups. 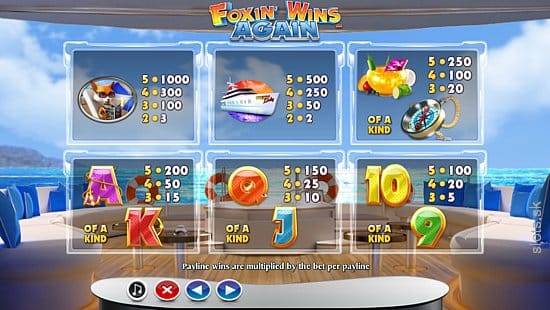 Foxin’ Wins Again is a cute, fun, and somewhat intense slots game. The Superbets keep you on the edge of your seat on the lookout for little fox pups while the general audiovisual and vibe of the slots game keeps you entertained.