Fiery Kirin is an epic online slot set high amongst the Asian mountains. Take your quest with the mythic creature that is a Kirin. Traditionally known as the Qilin in Japanese culture. This is a fantastic new online slots game.

Also known in Chinese culture. The legend of Kirin is a one-horned beast which shows up only when the passing occurs of someone holy or royal. The aim of this slot game is to win in one of the 243 ways available. In doing so you can get yourself a lovely sum of up to 250,000 coins.

You will be able to activate the Wild symbol in any position when you play Fiery Kirin.  This happens at random as the Fiery Kirin creature darts across the reels as you play. This epic slot game not only gives you these random symbols which in turn get you more of an opportunity to win. But you can pay to play from just 0.30 pence up to 30.00 euros with each bet you place. With these amazing expanding wilds giving you more of a chance to win, there are 576 ways to do so with these. Not only that but with the chance to get three different types of spins for free. You get more chances to win with Fiery Kirin. 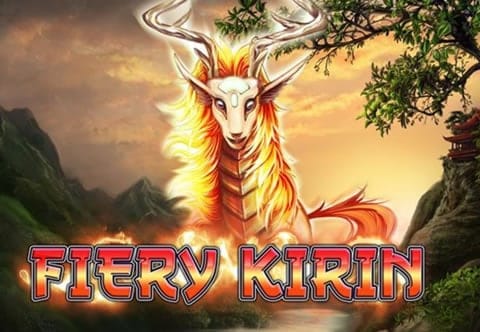 2by2 Gaming - The Developer of Fiery Kirin Slot

The developers of Fiery Kirin, 2by2 Gaming hails from the city of Chicago in the USA. Renowned across the globe, this gaming software company was established in 2015. Although it has been making huge waves ever since. Already the world’s number two in the gaming industry. Not bad for a new business just starting out in the established world of gaming. 2by2 Gaming has not only created this fantastic, fun and fanciful slot game Fiery Kirin. ut they are also responsible for other popular slot games such as:

These fantasy-themed games have inspired many other developers. Like in 2by2 Gamings footsteps which introduce other popular scenes in slot games, which are based on stories we have grown up with that we all know and love.

With Fiery Kirin, there are a whole host of bonus features just waiting for you to achieve. Hit the Wild symbol on reel three and this expands across the reels. Making reels two three and four higher and bigger which gives you 576 opportunities to win. Reel three then becomes wild and you will get five extra free spins. But the fun bonus features do not stop there. With these free spins, you can also get them in two other ways. By landing three Scatter bonus symbols on reels two, three, and four. Or by nabbing yourself three golden turtle symbols during spins. Bonus features like these are what make Fiery Kirin such a great slot game to play if you want to play on and on with a good shot at winning. There are many more great new slot games like this at Star Slots.

You might also want to try your luck playing Zombie Hoard.