Here's a superb new online slots casino from NetEnt that is a must try. Start your engines, and get ready for the online slots ride of the decade!  As the dynamic and sexy driver Jette (with bright pink hair and a bold heart to match), you’ll be racing against your opponents Twitch, Bruiser and Hamaki, refuelling along the way with mad, multiplied winning opportunities.  If you want to experience the thrill of accelerating along a motorway lit with city streetlights, your hands on the wheel and your foot to the floor, or if you’re seeking a slick play casino game with some amazing multiplier bonus features, hop in! 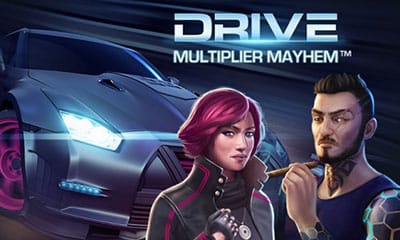 This Swedish company is known for producing truly immersive, cinematic masterpieces of online slots gaming.  You’ll find that many of their games have a strong narrative, and their features are more than just ‘tacked on’, but always integral to the game’s theme and story.  Pioneers of online gaming, NetEnt were the first to develop Java-based online casino software, and have they’ve since graduated to HTML5.  Their tools of creation and game content are cutting-edge, and this is reflected in the popularity of their slots titles, which include: 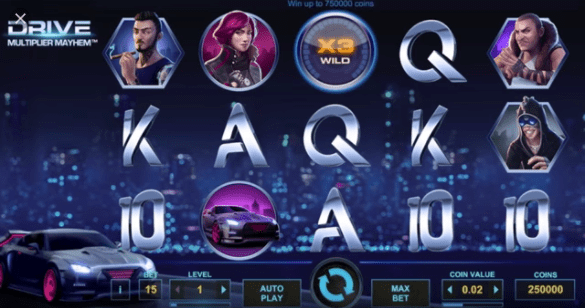 The music and sound effects add so much to the distinctive feel of this game.  When you spin the reels, you’ll hear the engine rev, and occasionally the screech of a car’s wheels as it accelerates.  The background music wouldn’t be out of place in a ‘Fast and Furious’ film, and gives a real sense of momentum to the gameplay.  They symbols on the five reels include powerful-looking cars, as well as your opponents, each of whom has a distinctive character.  Twitch sports a hoodie and sunglasses, and look like he might be a tech wizard.  Hamaki looks sharp, and smokes a long cigarillo.  Bruiser looks rough, tough and ready for a fight.

As the title suggests, Multipliers are a key component of this game, and this is reflected in the bonus features, such as: 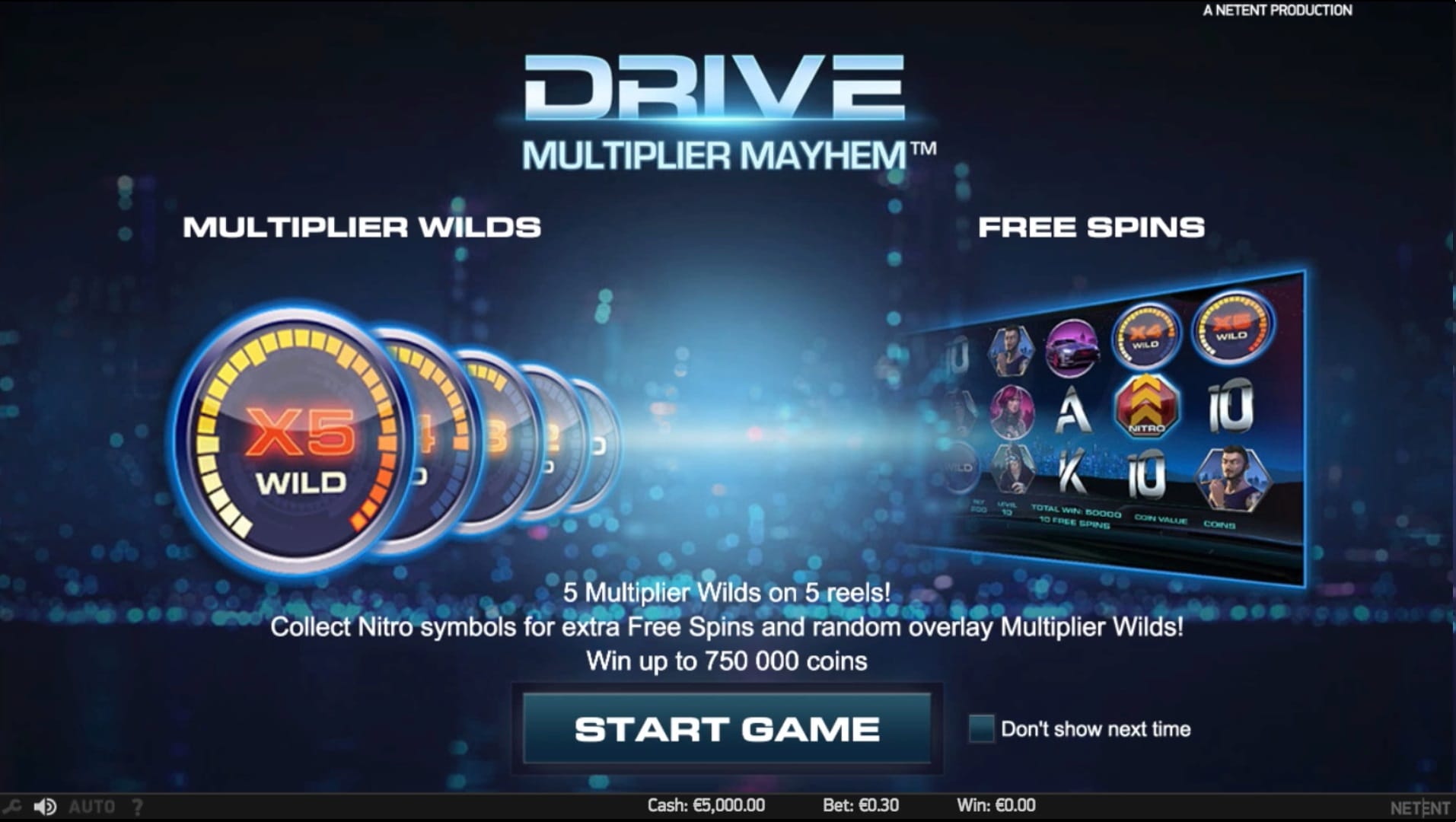 Drive: Multiplier Mayhem is one sleek and classy slots vehicle, kitted out with all the bonus dashboard gear you could desire.  The bonus features are ingenious, and the design is truly impressive.  Take this game for a spin, and you won’t be disappointed! If you enjoyed Drive: Multiplier Mayhem then you might also like Black Widow