If you are a big fan of Game of Thrones, you have probably been patiently waiting for the next dragon-inspired play new slots to hit the online casino world. Well, you don’t have any longer to wait as you can now play Pragmatic Play’s Dragon Kingdom game. To win the big jackpot when you play new online slot at Slotsbaby, you need to help the queen with the current dragon problem that is threatening her kingdom.

Pragmatic Play are a team of developers who are known for adding plenty of bells and whistles to the animation of their games. And you can tell that is certainly the case with Dragon Kingdom, as it features slick graphics that really add to the overall feel of the gameplay. This quirky theme also works well with many gamers, as the extra characters alongside he dragons give the slot a great backstory with plenty of depth.

Get the best out of our online slot promotions before you play the game!

In this slot game, the game board pretty much fills the entire screen with its five reels and twenty-five pay lines. But just behind it, you will notice a mythical land of mountains and valleys. You’ll hear loud drums in the distance as the background music plays and sets the mood.

When you spin the reels, you will notice that there are some letters the reels. These are the low-value symbols – the ones you need to watch out for are the picture icons as these can help you win a lot more. The pictures are of a mystical nature, and you will see a whole host of dragons, fair maidens, and even the queen herself. There are even a few bonus symbols that will also help you to win as much as possible. 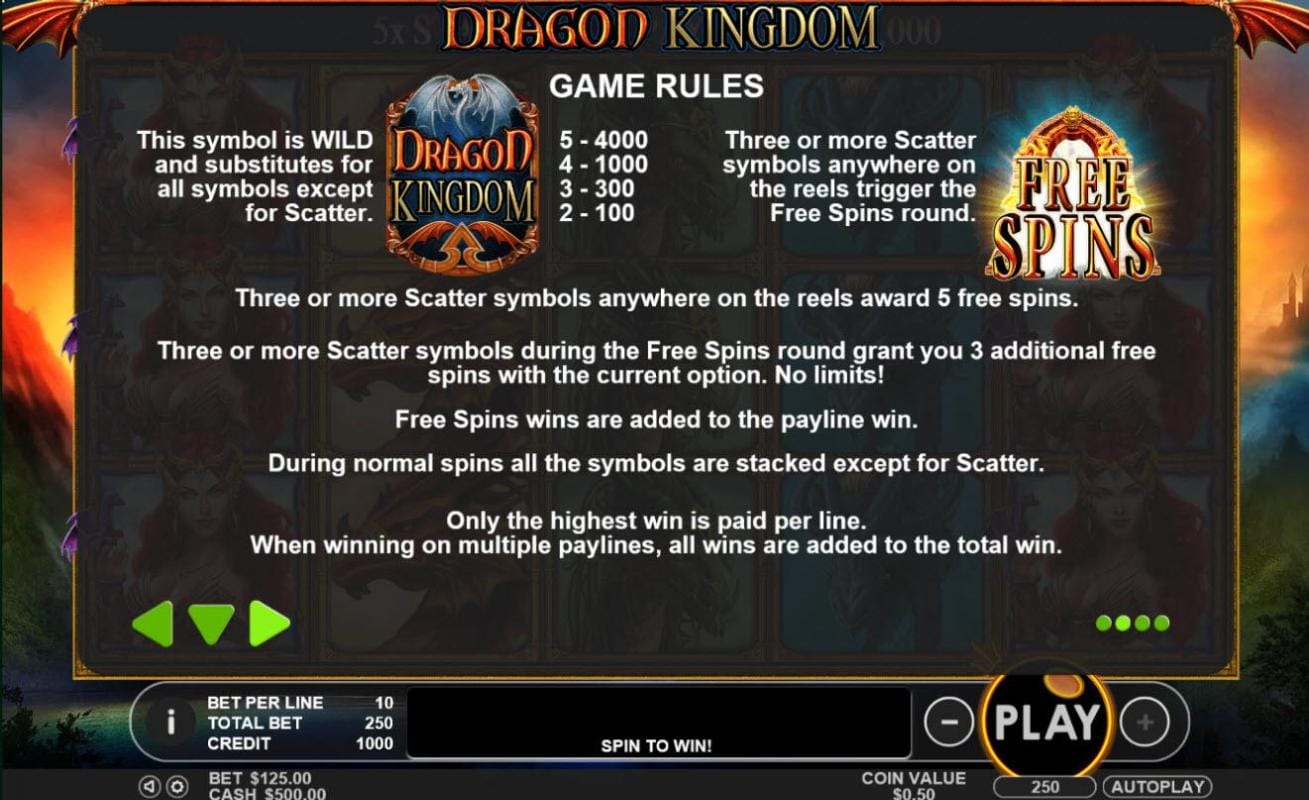 Don’t be worried of entering this kingdom of dragons as the queen will help you battle these mythical creatures, and you might be pleasantly surprised to see just how generous they can be. What’s more, they don’t tend to bite… too much! Thanks to a winning combination of a great backstory and exciting bonus features, you’ll find that this fantasy slot ticks all of the right boxes. If you enjoyed Dragon Kingdom why not try Wild Spells