Double Da Vinci Diamonds is a 5 reel, 40 payline new online slot game by High 5 Games available to play. It is the sequel to IGT's Da Vinci Diamonds, which is quite weird seeing as these are totally different entities. It looks very similar to IGT’s version with features here including; the Tumbling Reels feature, free spins and more. The tumbling reels give you a chance to win several times for each spin. There are up to 16 free spins up for grabs. Start your bets from 40p to £400 per spin.

High 5 Games was established in 1995 and released its first ever video slot in 2002. They have been making free online slot machine games ever since. The company achieved two milestones starting with the release of its massive hit, Da Vinci Diamonds in 2008 and secondly its 200th game launched in 2009. These two fetes propelled the company higher.  They didn’t stop there. The company also released another power slot- Golden Goddess in 2011.

They currently have a game catalogue with more than 300 games and also have a presence in 50+ countries around the world. High 5 Games is actually the face behind  Da Vinci Diamonds by IGT. The company is known to produce slots for other companies so they shouldn’t be ridiculed for releasing Double Da Vinci Diamonds, a sequel to the original which was, in fact, their own game. 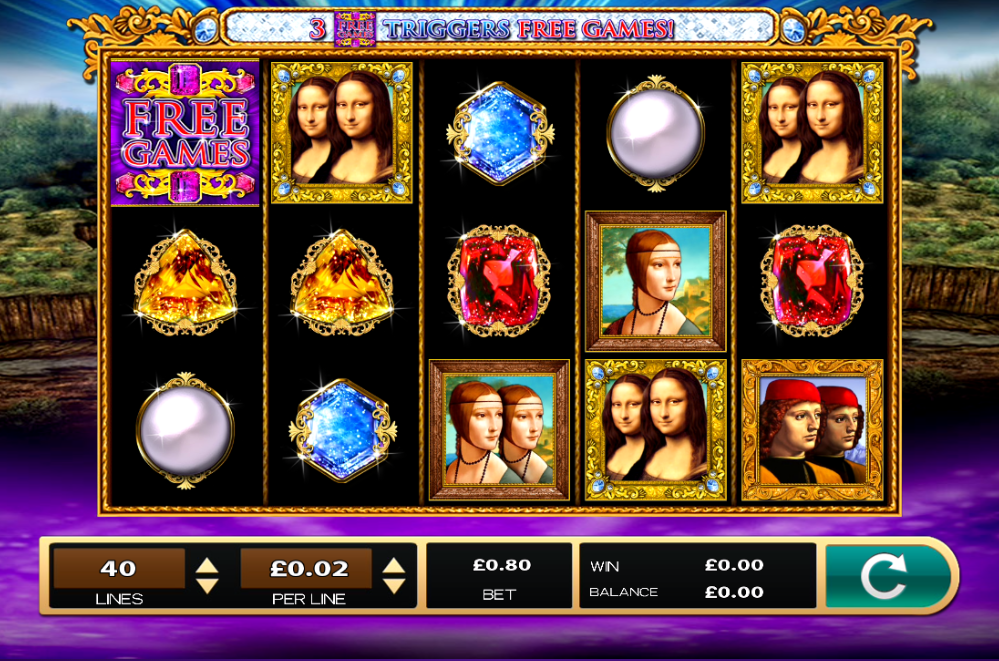 High 5 Games’ Double Da Vinci Diamonds looks rather similar to IGT’s original version. The reels include 3 Da Vinci paintings i.e. a Portrait of a Musician, the Mona Lisa and Lady With An Ermine.

The big difference between IGT's Da Vinci Diamonds and this version is that here the reels include split double symbols. You read that right, the Mona Lisa can grow  2 heads. There are also double symbols which mean that one can have 10 possible symbol combinations plus some impressive payouts coming with them. The 10 symbol Mona Lisa wins you 5,000-coins. This win can also result from the gemstone symbols. 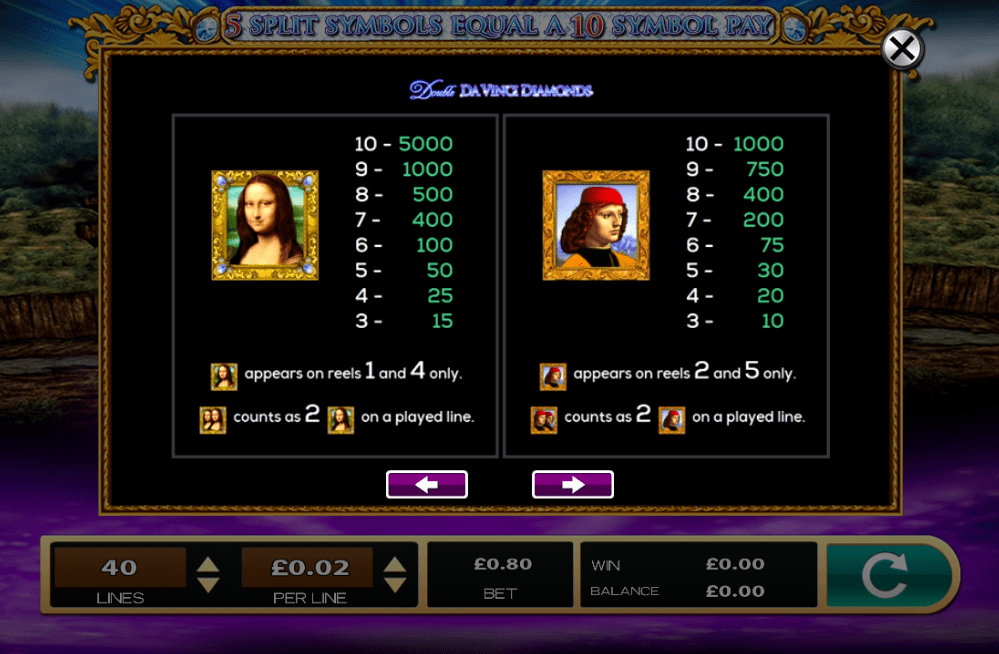 Double Da Vinci Diamonds has a high variance just like its predecessor. It's an art-themed slot that provides a good combination of impressive visuals and high-quality features. The action flows smoothly and the slot is just as enjoyable as its sibling slot. It's going to be a great slot for anyone who loved the IGT slot that came before it. Also, play Double Da Vinci Diamonds on Slots Baby for a uk slot promo.