For casino game players that were born in the 1970s, they cannot help but feel the nostalgia course through their veins when they turn on the online slot game, Disco Double. It'd make you put on your swanky flares and white tuxedo when you hear the funky beat boom from your speakers.

Not only is the game theme classical, but the gameplay itself gives the players a real feel of what it's like to play a slot game in a  vintage land-based casino. Once you've finished playing this Online slot games, you'll have the urge to turn on Saturday Night Fever and watch John Travolta boogie on the dancefloor!

There are many iGaming developers that try to make it big in the casino industry, but there isn't a lot that has succeeded in holding a place on the big list like iSoftBet.

They make sure that every single one of their games is playable on all of the modern and advanced devices that people use in this generation. Whether you own a laptop, a tablet, or a smartphone, iSoftBet can adapt their games to any one of those gadgets so you can enjoy what they have to offer wherever you are.

And to impress you even further, their gaming suite includes a huge amount of products with branded content from global TV and film studios. Looking at the reviews on their other successes like Scrolls of Ra, Forest Mania, and Cherry Trio, you will not waste any time in loading Disco Double up on your screen!

If you love promotions, find it at SlotsBaby. 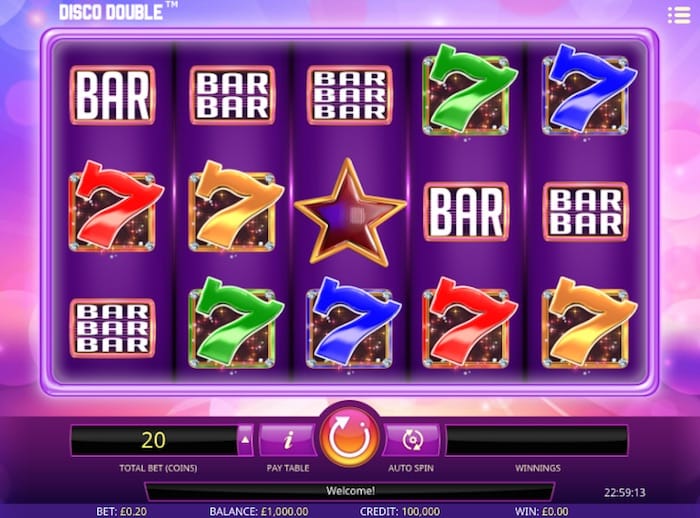 Filled with lights, lens flares, a funky backdrop, and the colour purple, Disco Double adds to the 'boogie nights' atmosphere that you would expect from this game. To emphasise the classic nature of the game, you only see 5 reels on the game, along with the single, double, and triple bars.

Matching the symbols from left to right will get you the winnings that you want, but you still have to watch out for the WILDS and SCATTERS that'd land on the reels and boost your winnings further. 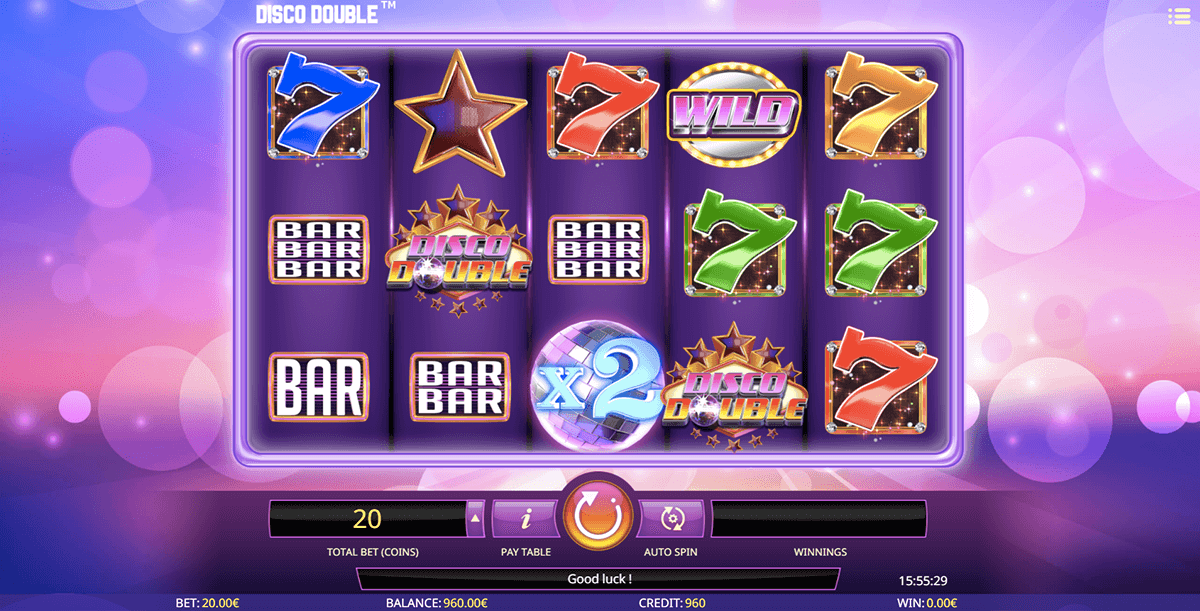 Who said that the 70s are over? Everyone should relive the funky disco setting where they get to dance to the beat in their fancy flare jeans every once in a while.

iSoftBet have managed to bring a classical setting to the screen which can be seen as a nice break from all of the advanced and clustered features that you would get on a lot of other slot games. Make sure that you take the time today to go into a time machine, go back over 40 years, and wow the audience with your dance moves in this amazing online slot game, Disco Double!