Da Vinci’s Treasure by Pragmatic Play is a 5 reel, 25 payline new online slot game and includes free spins, a pick me round, a treasure map bonus and expanding multipliers. It's highly volatile and can be played on all devices for a stake between 25p to £125 per spin.

Pragmatic Play was established in 2015 and is regarded as one of the fastest growing suppliers of online casino games. Their team consists of over 100 highly-skilled professionals based in their headquarters in Sliema, Malta.

Pragmatic Play has already had award recognitions such as winner in the Software Rising Star category at the EGR B2B Awards. They also won Best Digital Company of the Year, Best HR Director of the Year and Best Gamified Experience Company awards at the Malta iGaming Excellence Awards 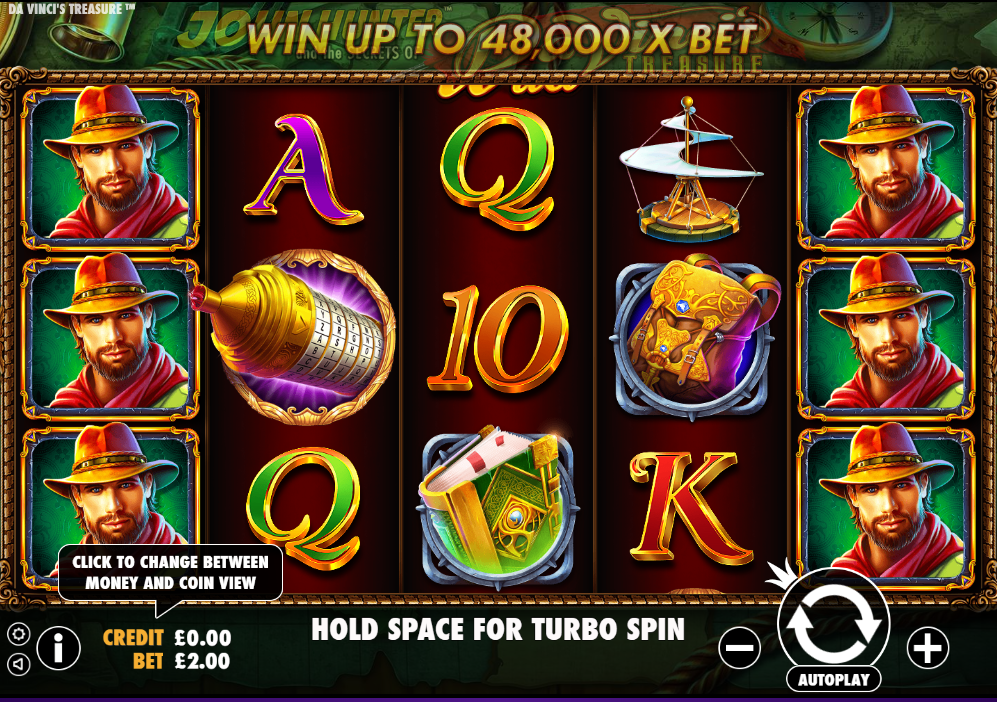 This game's design is a little underwhelming. It includes a backdrop of a treasure map. The deep red reels feature crossbows, an assortment of mystery books and knapsacks. The best paying symbol is John Hunter who awards up to 32x your stake per line on this uk bonus slots.

-Map Quest feature – it starts off with a treasure map compiled of 23 squares. Your task is to spin the wheel so as to move along the board. The further you move, the bigger the reward will be. There’s  up to 100x your stake up for grabs.

-Progressive Multiplier Free Spins feature – here you will have 12 free spins with a multiplier increasing by 1 level on each of the spins. Re-triggers can also occur giving you up to 60 free spins and a multiplier up to 60x. 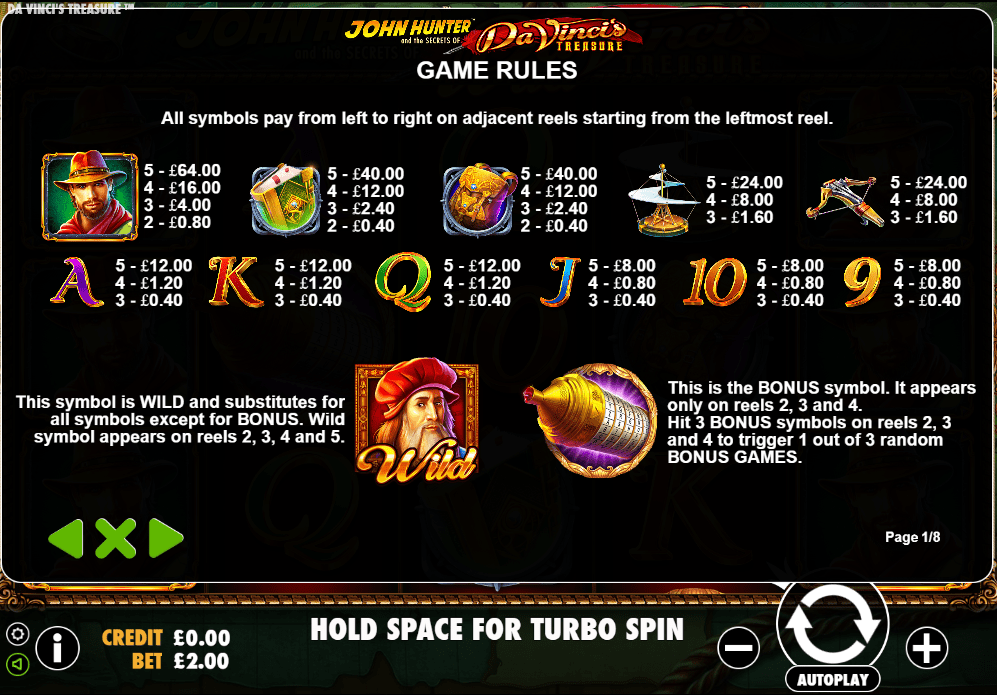 This game isn’t highly innovative in terms of design or features. Despite its old-fashioned display and low serving of bonus features, it's a highly playable game. Its variance is very high and possible payouts range up to 48,000x your stake if you land  the 60x multiplier. If you like your slots high risk and big rewards, then you may love this one along with our other gamesonline.