Cyrus the Virus is not a metaphor. It is literally themed around germs and viruses, right down to their molecular level. The symbols are indeed small viruses that grow in size as the game progresses.

There is something therapeutic about this online slots game, however thematically odd it may be. To splatter these little tiny organisms on your screen does help to liberate some of your daily frustration.

The video slots games have 5 reels, and a wide betting range from a minimum bet of 0.10 to a maximum of £40. It is also mobile compatible so if you don’t get the chance to destroy the real viruses in your life, there are always virtual ones in your pocket to destroy!

Yggdrasil despite being considered newcomers in the field of online casino slots, they have managed to establish quite the reputation. Their games frequently rank in ‘Fan Favourite’ lists because of their unconventional themes. From having slots that feature viruses in all forms to others that showcase extraterrestrial life. Some of their popular games include:

If you love promo's, get the best UK casino bonuses today! 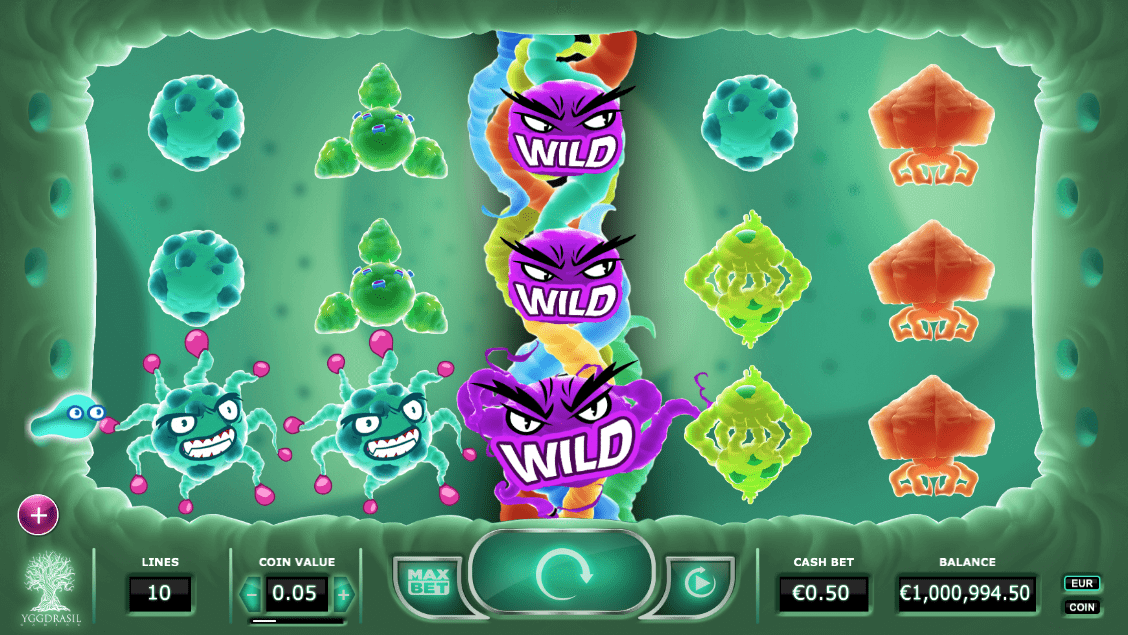 Yggdrasil Gaming has developed a reputation for delivering visually stimulating online slots. Cyrus the Virus does not disappoint. The reels in this game feature 7 different brightly coloured germs. They start off looking innocent enough, but as it goes with all viruses, they grow large and grotesque.

The online slots game is on point with their symbols which include: a round turquoise bumpy germ, a blue wormed molecule, a mutant orange starfish germ, an odd looking red octopus, and several more. The slots game also has critters that pop out ever so often to celebrate your wins.

The background is kept simple so that the gamers’ focus is on the tiny organisms and their eventual screen splatter. Upon every winning spin, there is a blast that zaps the germs away which translates to a payout.

Cyrus the Virus’ value lies in its unique theme more so than its features. It is a very simple slots game devoid of interactive and complex bonus features. The slots game offers just one feature – the Expanding Wild – but as we know a little bit of virus is all it takes at times for an entire infection to spread.

The Expanding Wild is no other than Cyrus himself. He graces us with his infections once in a while, appearing only on the middle reel but soon grows out to take up the entire screen. It then allows you’re a re-spin of the other reels, while it remains in the infected areas. 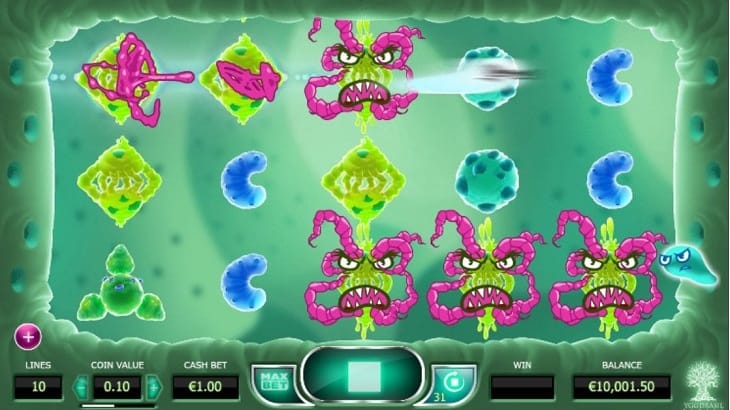 Despite its limited features, Cyrus the Virus still proves to be entertaining because of its relatively fast pace, opportunities to win, Cyrus’ regular visits, and the unique theme of the slots. If you are after a game that is packed with bonuses and additional features, Cyrus the Virus may not be for you – however, if you’re bored of the typical themes that have been done to death, this contagious game may just be what you need!