Here's a superb new online slots game from Swedish Developers Elk Studios that you can play.

There's nothing more exhilarating than cheering your favourite football team on when their striker is about to score a goal. But what's even more exhilarating is the sound of a traditional chant and the thrill of winning an online slot game embedded in the thriving world of football.

A football-themed online slot game like Champion's Goal. Created by the renowned developers of Elk Studios, the brand has managed to get all online casino and sports fanatic putting down their bets and winning prizes again and again. 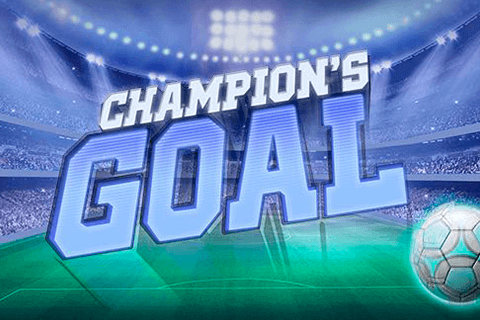 Don't let Swedish gaming software developer fool you with its young years. Established since 2012, Elk Studios has already made a name of itself in the lively world of casino online gaming.

Creating other sharp, graphic-heavy games such as Electric Same, Taco Brothers, and The Lab aided the developer to mark its place in the gaming ranks. But it's the unique features that are included in their games, like betting strategies and game on, which made some of the world's most prolific online casinos notice the great potential that Elk Studio possesses.

The players are able to see that great potential and uniqueness in one of the developer's most popular games to date, Champion's Goal.

If you love promo's, get the best online slot free spins 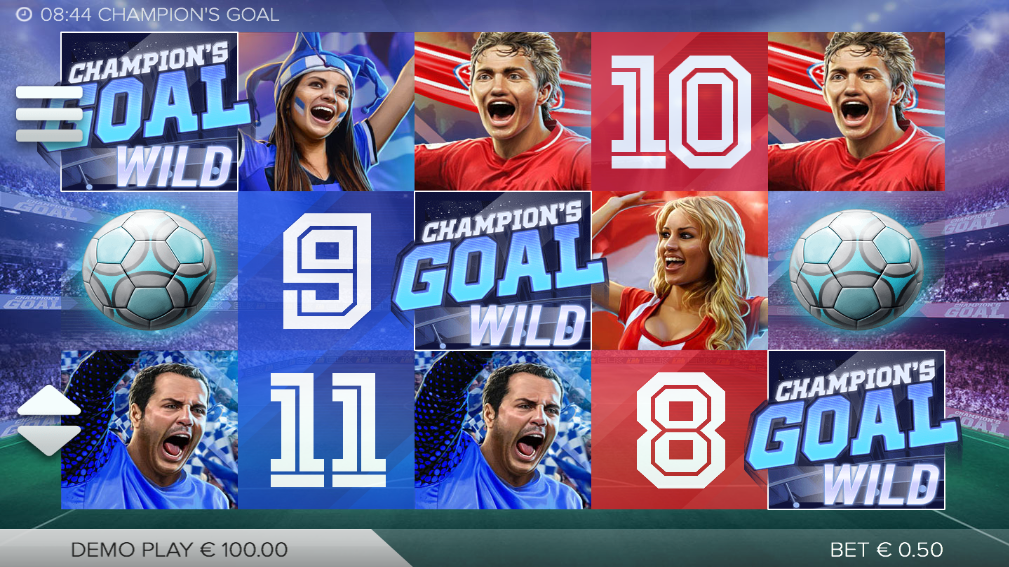 Champion's Goal is made up of 5 reels and 20 pay lines, and you have two teams: red and blue. As you would think, the blue team scores from right to left, and the red team scores from left to right.

Plus, they all have the numbers 8-11 on them, which are worth up to 500 coins when the players receive 3-5 matching symbols on the game board.  Like with any other slot games, you have your variety of WILDS and SCATTERS that can unlock bonus features when it comes to Champion's Goal.

But what makes this online casino game outshine the rest that you would have heard of before is that they have not 1, but 4 BONUS FEATURES that can give you extra leverage to help you hit your goal:

The players get the visceral feel of an authentic football match when they hear the crowd cheer in the background. As part of the BONUS FEATURES and that visceral element, you can get instant prizes when spotting die-hard fans star players, camera-men, and other prolific characters in that crowd. 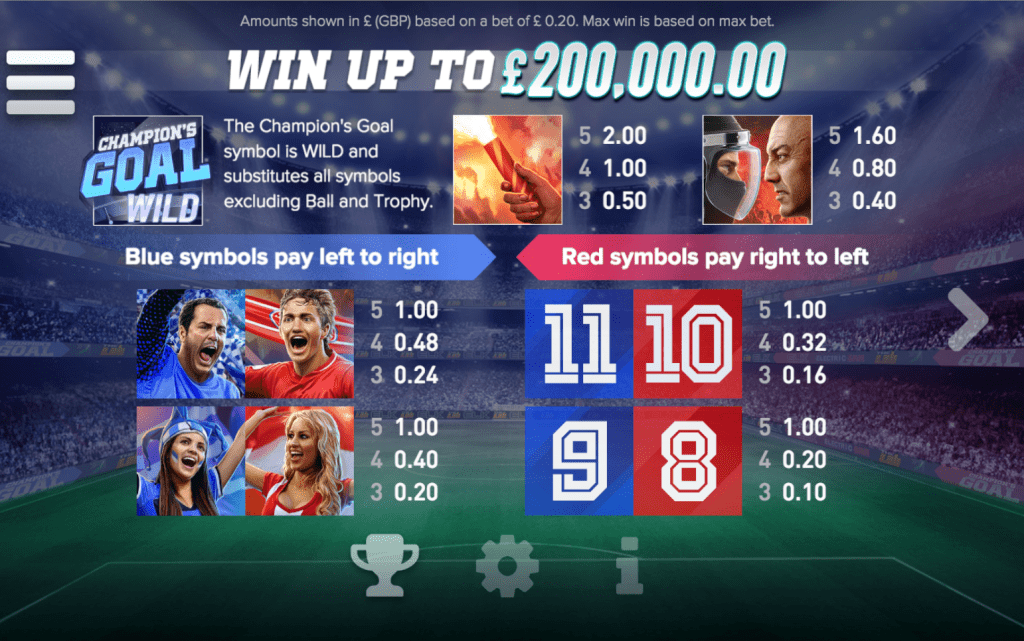 Considering that there's seems to be a surprise at any corner of this online casino game, you would definitely get the same experience on Champion's Goal as you would when standing up close to the edge, and listening to the deafening sound of the cheers when your favourite team strikes a goal.

You got to hand it to Elk Studios for creating such a masterpiece of a game when it comes to bringing in the country's most popular sport onto the game board. Feel the sensation of a vivid 90-minute match by placing your first bet on Champion's Goal today, especially when you know that their RTP is around 95%! If you enjoyed Champion's Goal then you might also like Lucky Links