Based on the pirate legend of Blackbeard. This online slot game is set across five reels with 20 pay lines and it comes jam-packed with bonus features. The bonus features you can get includes free games, huge wild symbols and a prize picking option. As you play to win in a world of cartoon characters. There is nothing unique about basing a slot game around pirates. But this one has got its own dimension in the form of so many bonus features and games. Symbols amongst the reels include all of our favourite classics. Such as parrots, treasure chests, guns and gold doubloons. Set against a wood frame aboard Blackbeard’s ship. The higher value symbols are the guns and treasure chests. This is a great new online slots game. 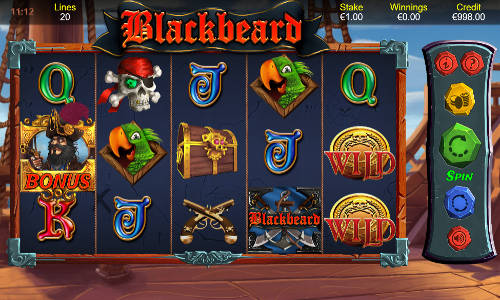 Leander Games is a software provider to many online casinos, and it was established in 2007. This developer offers games across all platforms and devices including online and mobile. Leander Games has been able to maintain a position as the biggest platform available for gaming. Through their specialised server. What's more, the company have the most diverse portfolio of games for players to choose from. This software provider has over 220 games including scratch card, table and social media.

Online casino games by this developer are available in 26 different languages and currencies which are licensed. More than 130 operators offer games by Leander Games from their platforms. Innovation is at the heart of their gaming developments. Some of their best-known titles, as well as Fortune Fireworks, include:

This games house has been known for being innovative. As they hold the most slots focus groups meaning that customers get the most input. Especially when Leander Games are creating new online slots.

Blackbeard the pirate makes up the scatter symbol and this is the trigger to a whole host of bonus games. Once it lands on three or more areas at the same time. One of the great bonus games is called Pirate Spins.  Beginning with three lives is no easy task. Especially as are taken away with a ghost pirate that can take away one of your lives whenever present. However, in this game, Blackbeard can fight them off before they get the chance to take a life. There is also the super wild symbol. These can appear at any time during this game. Once the ship’s head fills an entire reel the sticky wild symbol remains for any leftover free spins. Find great deals at Slots Baby, by click here!

There is also a Super Spins round. Which although might be short, can start the super wild for a guaranteed win with each bonus symbol. These super wilds can then lock in place as other positions. Spin again, to get you an even bigger win and an even more fun game.

Come to the grooviest online casino on the planet, Slots Baby, and try out new slot games.

You might also want to try your luck playing Celtic Goddess.