Ancient Greece is calling your name in this 5 reel slots games from Leander Games. You are on a mission to help centaur Aztar transform his hooves into human feet. An interesting concept isn’t it? And there are some great bonus features along the way. It can be played for free or for real money if you want. But are you brave enough to assist him and fight the wild beasts coming your way? With free spins and wilds up for grabs, you simply can’t refuse. And there are some beautiful graphics to keep you play as well! Check out what more we have to offer on Slotsbaby.

Leander Game was founded way back in 2008. In ten years, they have a large profile of fantastic games on offer for you to play. Many of them have been translated into 30 languages so everyone can play High-quality graphics and balanced mathematics is what they know best and with games available across platforms and devices, it’s clear they still have a lot to show us. With strong links with clients, they are able to bring you the very best entertainment around.
Other great games include: 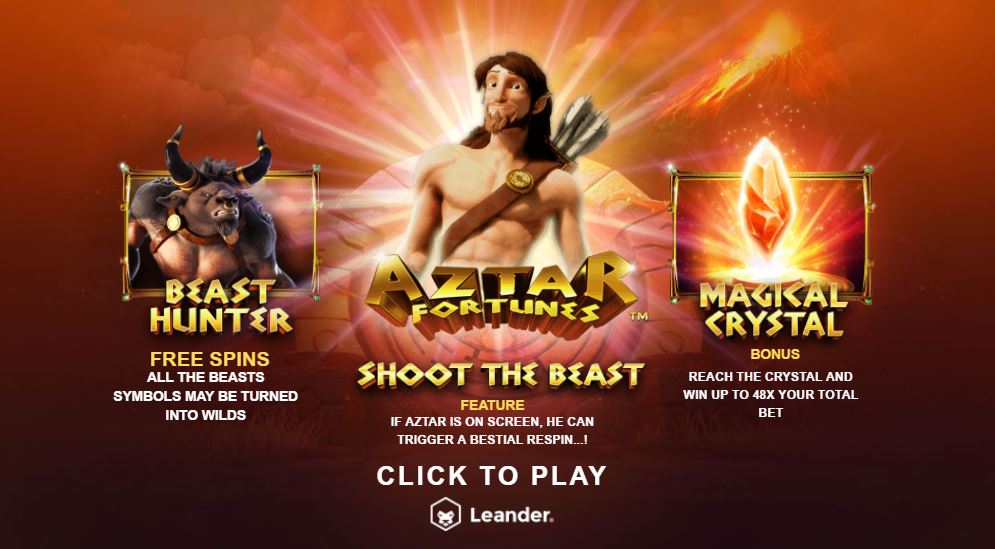 This online slot game consists of the traditional 5 reel, 3 line format. The background is set to a beautiful view of a cliff overlooking a lake and the slots are semi transport so you can see every detail. There are the traditional letter symbols to match as well as some mystical creatures on the reels. The Wild is Aztar himself and he’s very dashing there is also another version of the Wilds with the numerous beasts on the reels too. There is a bonus symbol which takes the form of a red glowing symbol, you could win up to 48x your original bet if you break Aztar’s curse. There are lots of side quests to enjoy during the game. Other great features include: 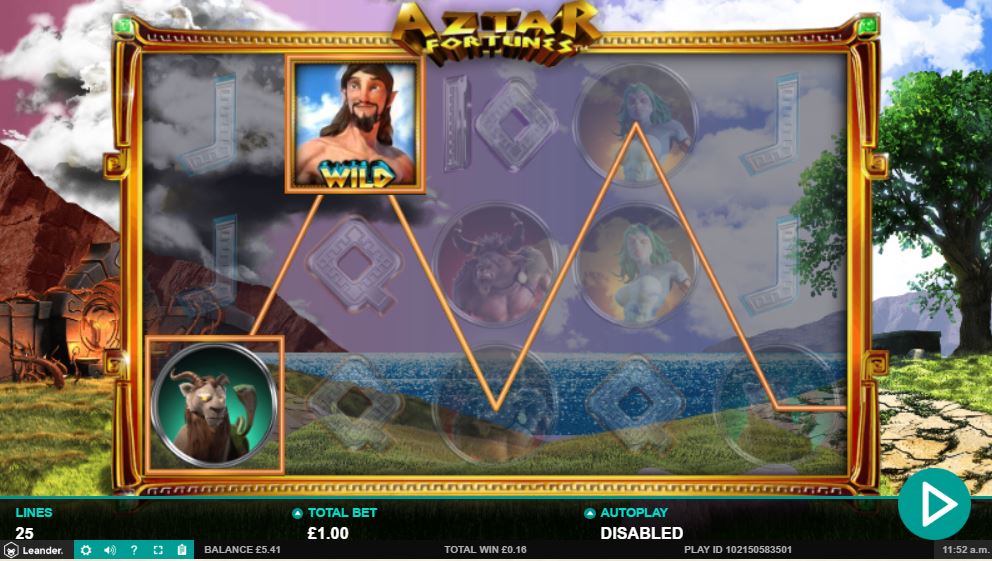 As complicated as Aztar Fortunes sounds, it is very easy to pick the controls and rules up, meaning you could be winning big in just a couple of spins. With many bonus features as well, it’s up to you whether or not you’re brave enough to help Aztar with his quest. Play for free or for real money, the choice is yours. And you can play across all devices and platforms too. Leander Games take no prisoners when it comes to the stunning graphics. There’s an auto play feature too so you can kick back and relax whilst the reels spin. If you enjoyed Aztar Fortunes why not try Afterlife: Inferno