Here's a superb new online slots game from Microgaming which you can enjoy playing.

This game combines the power of a karate chop with the tantalizing appeal of a geisha. Inspired by the 108 Stars of Destiny in Eastern folk lore, it is more concerned with destiny than luck. The story of the 108 heroes is based around the Taoist concept that every person’s fate is tied to one of the 108 Stars of Destiny. These stars used to be mischievous demons and they were banished by the supreme god Shangdi, but they were released by accident and reborn into the mortal world as 108 heroes, who work together for the cause of justice.

With such an interesting backstory, it’s no wonder that this is on the uk slot games considered as very entertaining. A guaranteed win bonus round – the King’s Treasure – and the opportunity to bet up to 75 per spin is sure to get the adrenaline pumping!

If you love promo's, get the best casino slot bonuses. 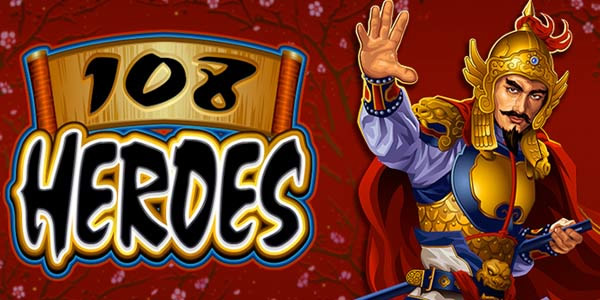 Microgaming Software Systems are based in the picturesque Isle of Man, and claim to have released the first online casino back in 1994. Since then, an innovative attitude has allowed them to remain at the forefront of the gaming industry, winning numerous prestigious accolades.

If you enjoy 108 Heroes, try your hand at their popular Jurassic Park slot – you’ll be blown away by the realistic graphics! 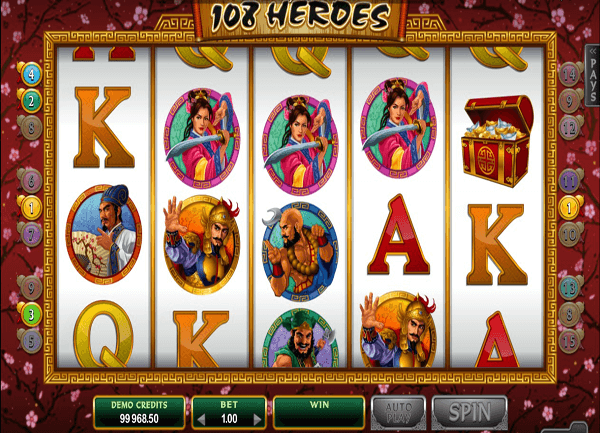 This is a 5 reel, 15 payline with low variance. Players can choose between a total bet of 1 to 75 credits per spin.

The free spins bonus rounds are something to get excited about. They are triggered when 3 or more of the mountain symbols appear anywhere on screen, and will give you 10 free spins during which time your winnings will be trebled! Players can have a maximum of 20 free spins in a game. 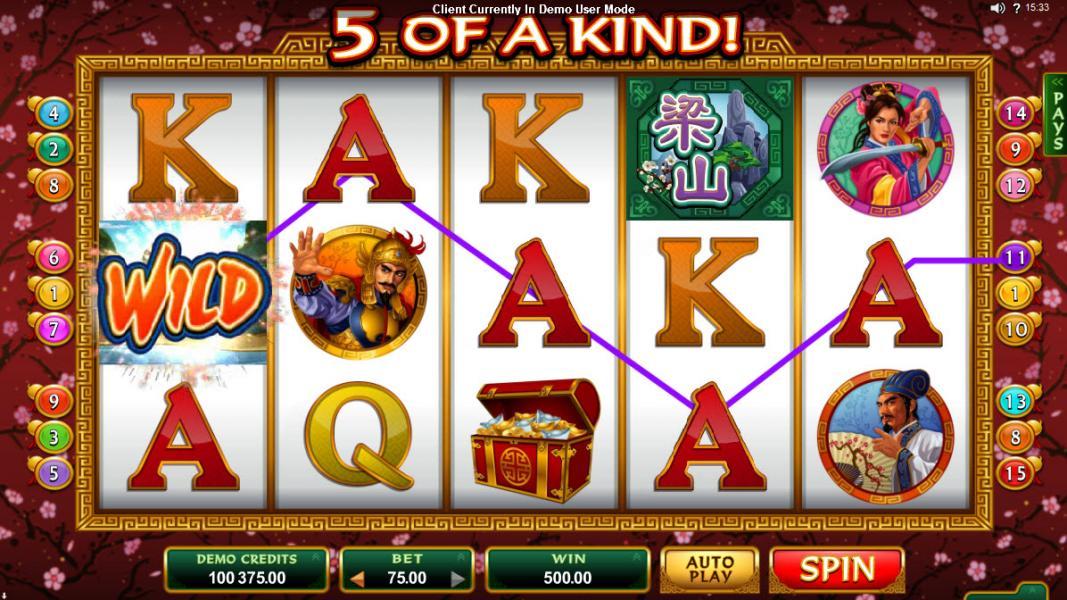 With a total bet per spin ranging from 1 to 75, this alluring slot will prove entertaining for all types of players. A handy autoplay feature and compatibility across PC and mobile devices also makes it easy to enjoy. The beautiful design and interesting backstory adds to its far-reaching appeal.