Here's a superb online slots game from iSoftBet. Have ever wanted to be a majestic, powerful character from Mortal Kombat? Or the agile, adventurous hero with the ability to defeat all of your enemies in your favourite martial art movie?

You won't have to go through years of combat training and travelling to the far-east when you play the action-packed slot game, Red Dragon Wild. If you're already wondering, yes, the gameplay does live up to its name.

The dark, red background brews with energy that's ready to do a roundhouse kick on your screen. With all of the traditional martial art symbols that appear in the Slot Games, such as nun-chucks, blades, dragons, and even a Bruce Lee lookalike, the developers behind iSoftBet sure know how to wow both new and existing fans.

There are plenty of casino game developers that make great games in today's world, but there aren't a lot of them that you can trust to give you a good experience every time you play their products like iSoftBet.

Creating games that can be accessed on all kinds of platforms, iSoftBet knows exactly what their consumers desire on any kind of casino game, and they know how to fill the hole so that their consumers can't find anything to complain about. Furthermore, you will know when you're playing one of iSoftBet due to the way they embed intense graphics and a smooth interface in all of their products.

And if that doesn't make them sound like a trustworthy developer which you can play their games with ease, then you'll be very impressed to hear that they're certified in Italy, Spain, Portugal, and Belgium! If you love promo's, get the best Slot offers today. 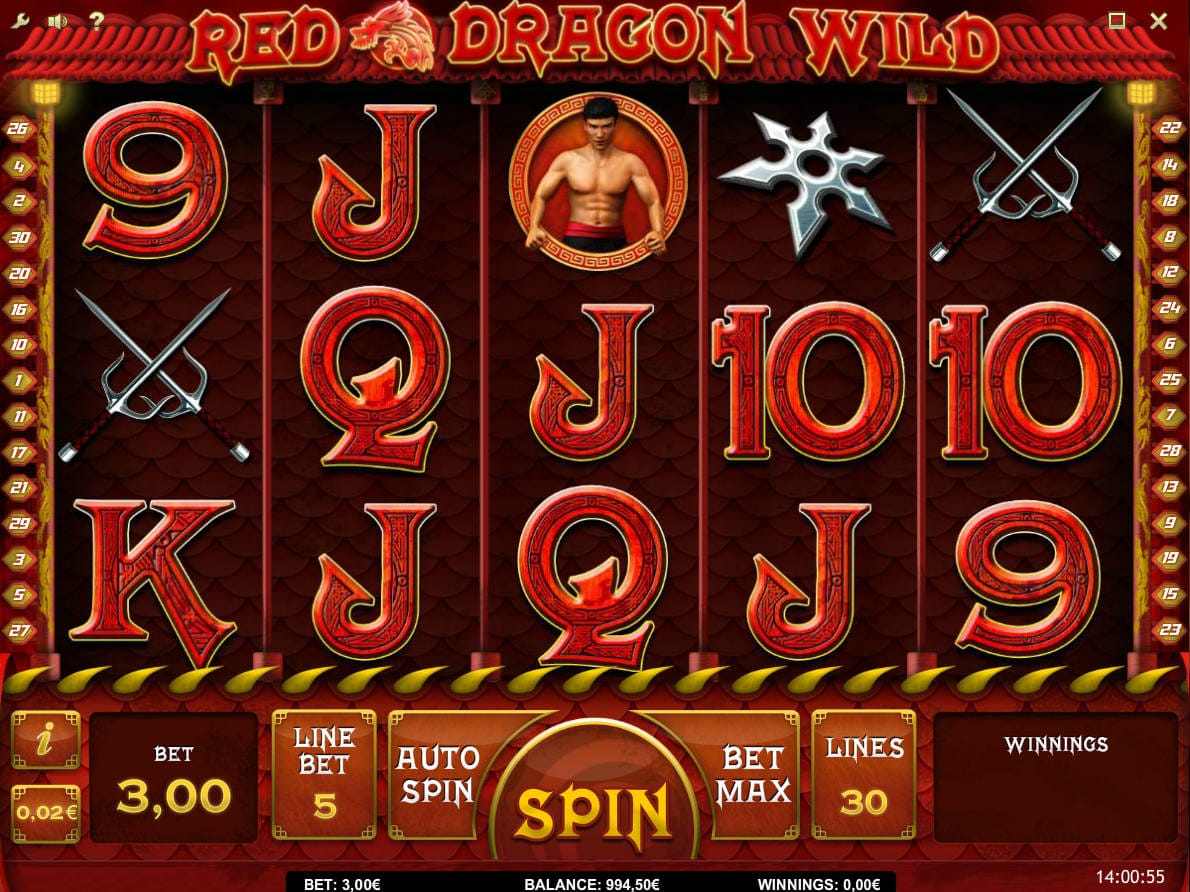 Red Dragon Wild really does live up to its name. The 5 reels and 30 pay lines are already enough to get your adrenaline rushing and your fists making martial art moves at your seat! What will get the players performing some Bruce Lee action are the variety of WILDS that can also appear on your reels.

There are many dragons that you have to combat with, and it's important to also know how the Red Dragon SCATTER symbol manoeuvres as well.

Every time a dragon appears in the free spin round, they'll stick to the board and remain in place throughout the whole spin. Therefore, the more dragons that aid you through your martial battles, the more valuable your winnings become. What a K.O.! 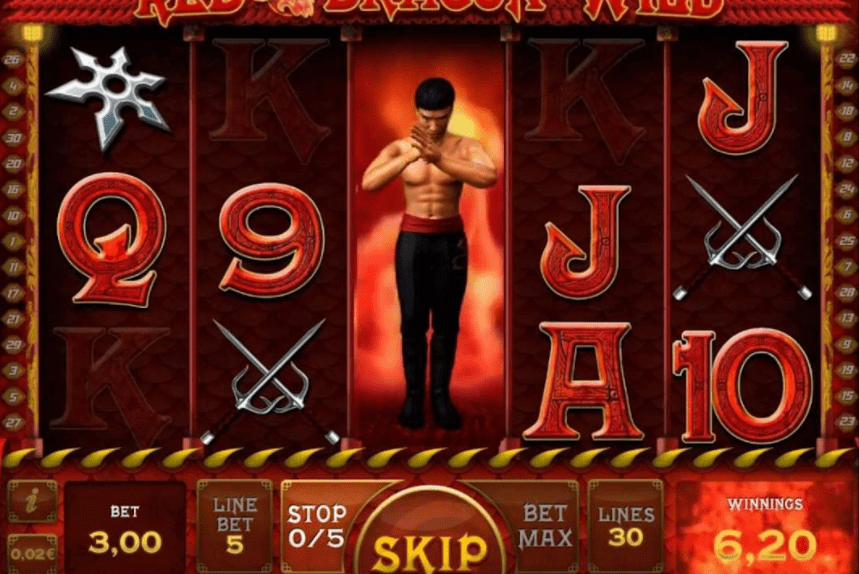 There's a reason why so many casino players, both land-based and online, fall in love with games by iSoftBet, and always return to their products whenever they have some free time.

The fact that they can combine intense graphics and action together never stops to amaze any user that wants to take one of their products for a spin. But what makes Red Dragon Wild even more amazing is the fact that it surpasses all of the expectations that you would find in any other oriental slots casino.

And with an RTP that ranges between 95-98%, even players with the most basic skill sets can make big winnings when going into combat with dragons and enemies! If you enjoyed Red Dragon Wild, then you might also like Bicicleta