Here's a superb new online slots from NextGen Gaming that you can play. The wise slots player chooses only the highest-quality games, and their eyes are sure to boggle at the clever package offered in Owl Eyes slot.  Owls are said to be full of wisdom, and regarded by many as ‘guardians of the night’.  A group of owls is called a ‘Parliament’, which seems appropriate, given their august appearance and serious expression.  Whether you do your slots playing in the day, or are more of a night owl, immerse yourself in the magical nighttime world of Owl Eyes, and discover the secrets of the forest, visible only to those nocturnal creatures whose large, sharp eyes remain open when the eyes of humans are shut tight in sleep. See more great games here: Slotsbaby

If you love promo's don't forget to check out our latest slot promotions. 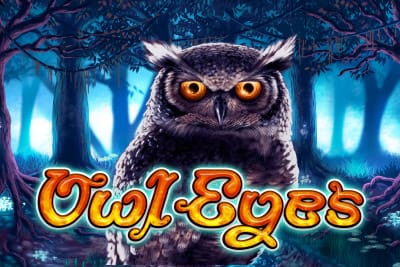 NextGen’s world-building skills are second to none.  Though solid and satisfying slots gameplay is the foundation of every NextGen title, their games are more than just slot machines: they’re experiences.  The unique appeal of their games lies in their immersive atmosphere and themes.  They’ve been on the scene since 1999, but as a developer are always clued-in to pop culture, which gives their offerings particular appeal for online slots beginners.  Many of their titles also marry retro or nostalgic themes with an up-to-date design and creative, appealing bonus features, making their appeal encompass all types of slots players.  Some of their most popular titles include: 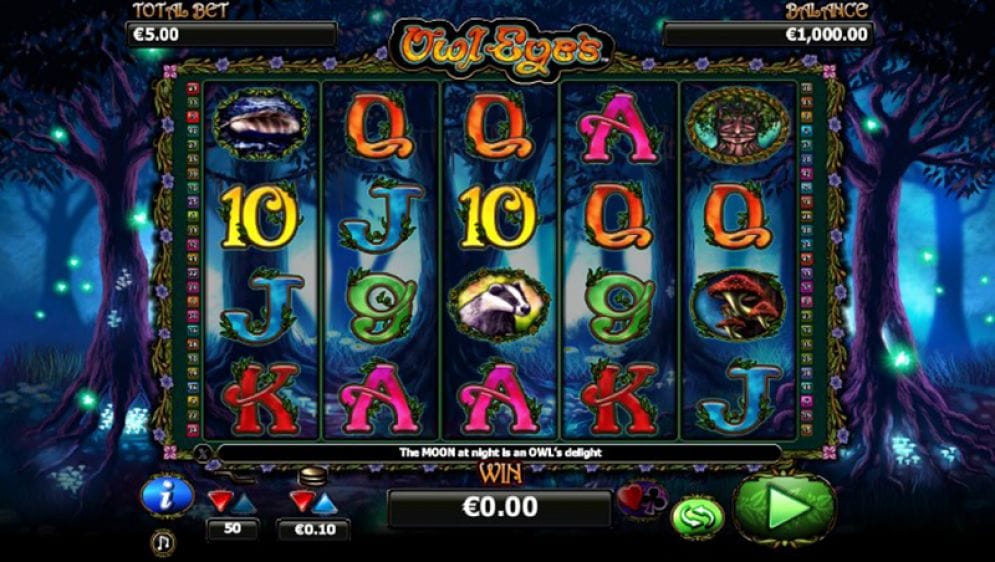 We’re deep in a forest at night, and the air is alive with magic.  The background to the reels in Owl Eyes is thick with dark purple trees, phosphorescent mushrooms, and fluttering fireflies.  The graphics are incredibly detailed, and along with the subtle, realistic forest soundtrack of hooting owls and quietly chirping crickets, it’s easy to imagine you’re actually in the heart of the forest.  The sylvan symbols are gorgeously detailed, and include badgers, fly agaric mushrooms (often referred to as ‘fairy toadstools), and kindly-looking tree people.

This forest holds bonus secrets, too, including:

Spins come with snatches of music that would be fitting for a Tim Burton film, and wins are accompanied by bursts of plucked string music, all of which conjures up a sense of enchantment. 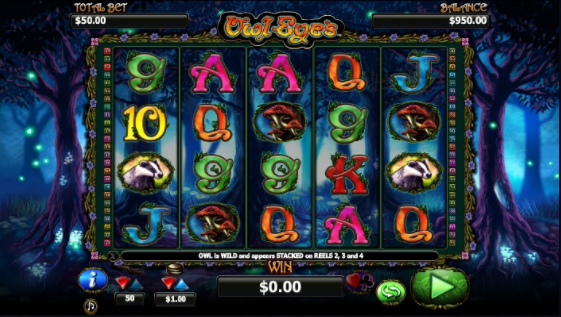 This game has a fairy tale feel, but offers very real winning opportunities.  As always, NetEnt delivers stunning graphics, a cohesive and engaging theme, and great bonus features that feel seamlessly integrated into the game’s vision.  Owl Eyes is as sharp and splendid as a great nocturnal bird of prey. If you enjoyed Owl Eyes then you might also like Lost Island