Become one with the elements and get in touch with the natural world as you scoop up jackpot prizes in this super online UK slots game from the talented team at Saucify.

Have a look at other Slots games on SlotsBaby!

Based out of the UK, the team at Saucify have been using 21st century software engineering to create some high-level entertainment in their slot games. With a back catalogue of over 110 games that range from video slots to video poker, roulettes blackjack, scratch cards and more, their name is a mark of quality on any product they put out.

If you’re interested in trying more slot games by Saucify we recommend checking out the following: 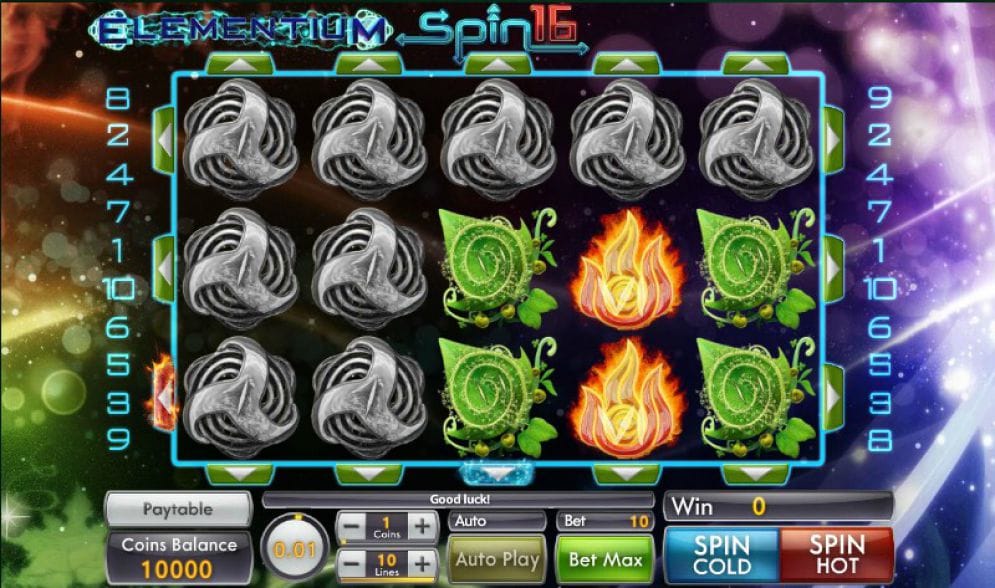 The art style and graphics of Elementium Spin 16 are absolutely spectacular, the reels are all well designed and there’s this gorgeous background art that gives the player the sense of being one with the energy of the universe. The symbols are incredibly detailed, and a lot of thought has clearly been put into how each element looks and how it interacts with each other.

Aside from its graphics this game has a neat feature you don’t want to miss. In Elementium Spin 16 you can spin any reel the way you want. What this means is that you can grab any reel and then drag it in whatever direction you like, which in turn causes adjacent reels to also spin in that direction. It’s a fun addition that makes it stand out from other slots.

Here’s some other interesting mechanics that you should keep an eye out for in this game.

SPIN HOT/COLD: The Hot and Cold buttons on the reels will indicate the most popular position for matches during the Multiplier Match bonus. It’s a handy feature that you can use to try and get a multiplier match more often.

SOLO MULTIPLIER: Match at least three symbols in your paylines the game will reward you with a 3x bonus on top of your wager. Or match four or five symbols to earn up to 5x your bet.

MULTIPLIER MATCH: During your spins a bonus arrow will rotate around the reels and if it stops on the same position where you selected to manually spin the reels it will reward you with a huge bonus on your wager.

WILD: Represented by the energy wheel with all the elements inside it, this neat symbol will substitute for any item in your paylines. As an added bonus it will also double your return.

SCATTER WINS: Land at least three Crystal Scatter symbols in your payline and you will earn a 2x multiplier on your wager. Or hit five of them and take home a massive 8x instead. 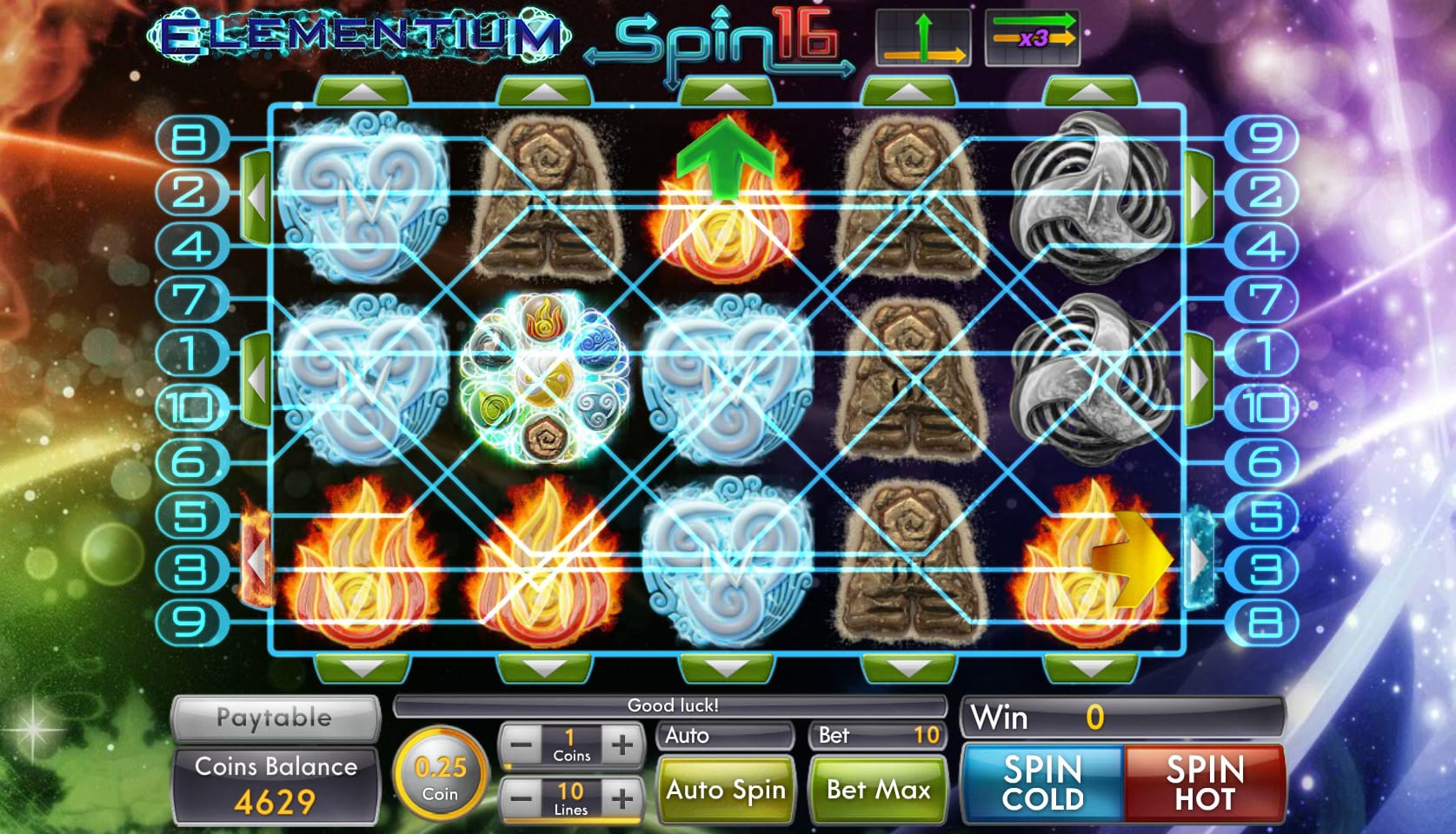 Elementium Spin 16 is one of the best newer slot games we’ve played, plus combine that with its unique reel spinning mechanic and bonus features and you’ve got a game you don’t want to miss. If you liked Elementium Spin 16 then why not try Code 211