Releasing earlier this year (2018), Crystal Rift from developer Rabcat is one of those new online slot games that just makes you really appreciate the industry in its current state. This 3D slot is one of the most beautiful slots we’ve come across, a very crisp experience, one that constantly surprises you with each and every spin that you partake in. This is a 5x3 sort of slot, one that comes packed with a massive 96% RTP percentage played out over 25 pay-lines, which might encourage some of the money-conscious players out there to check this one out.

After opening their doors in 2001, the Vienna-based online slot developer Rabcat have gone on to carve out quite the name for themselves. Their innovative list of 3D games are one of the main reasons as to how they’ve managed to find success in the past. Rabcat also dabbles a little in the many casino games that you will find on the web, these games capture the feelings of playing these games in real-life. If you are looking for a developer who can be trusted, then you will find no better developer than Rabcat, they are very talented and are just waiting for your company. 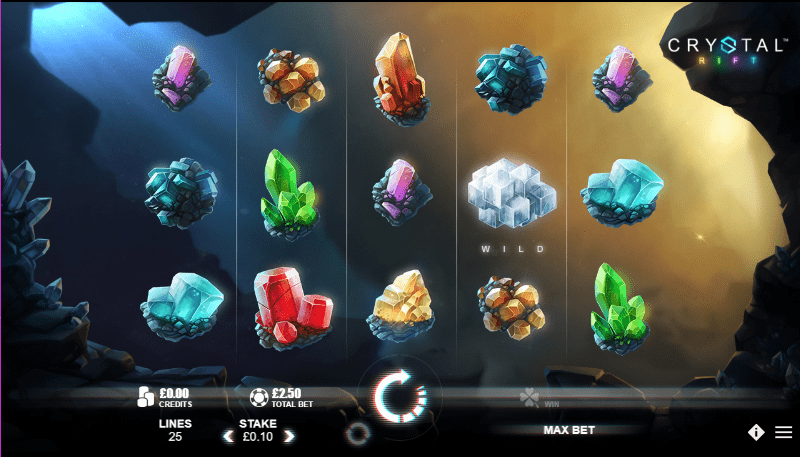 As we’ve already mentioned slightly above, this slot is incredibly crisp, one that never glitches or cracks no matter how fast these reels are moving initially. The story of this slot appears to revolve around you being trapped in a cave of some kind, where your only cause of escape is to match the various jewels and diamonds that are just as lost as you are down here. One of the main reasons you will want to be playing this one comes down to the additional features, these include:

Hunt out some more UK slots promotions and make the most of your gaming experience on Slots Baby! 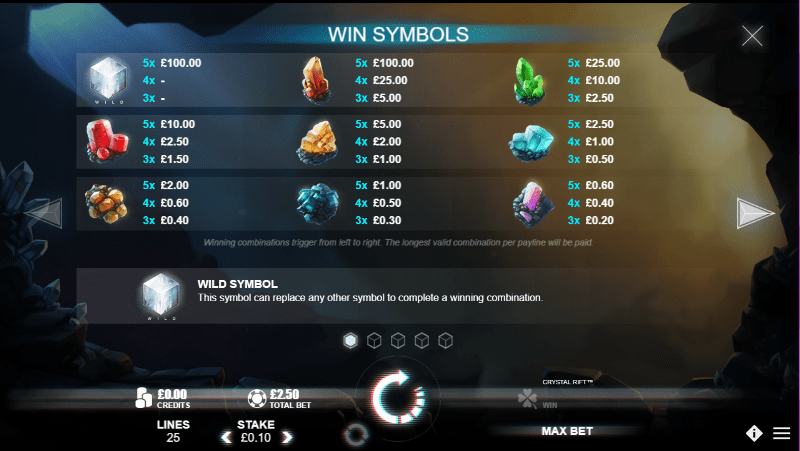 Crystal Rift is one of the better online slots to play simply because of how simplistic everything is. When playing this one we are often reminded of some of the classic fruit slots of yesteryear, slots that were very basic in nature and essentially encouraged players to pick their favourite symbol and win big. The wins are limitless here, which is one of the main reasons as to why you should be wanting to check out this slot, to begin with. Rabcat have put-together quite the fun slot here, do yourself the favour and play it for yourself! Read more about what other games SBaby has to offer like Crystal Rift!

You might also want to check out Jingle Spin.