Viva Mundial slots online casino game based on world cup football. So if the World Cup gets you fired up or if you just love football, you’ll love this game. It’s a simple, straightforward scratch card game transmuted to the screen so you can play without the hassle of scratching anything off for real. The game is set in a football stadium with a full crowd of spectators and a blue sky with some wispy clouds. There’s no soundtrack. Just the sound of you buying a ticket but if you win the music begins and rises to a crescendo as the win amount spins up towards the amount you’ve won. It’s the musical equivalent of the sound of the crowd cheering as a goal is scored.

Check out our entire list of slot games now. 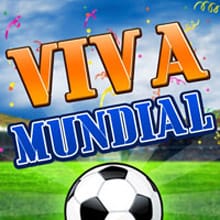 Founded in 2010 and based on the Isle of Man, Pariplay are a highly innovative, multi-chanel gaming business for land-based and online casinos everywhere and focus on engaging entertainment with their offerings. In February 2016 they introduced their fusion platform - the Pariplay Fusion Aggregation Platform – allowing one streamlined access to many of the world’s best games and in 2016 and 2017 announced new or upgraded partnerships with major names in the gaming industry such as iSoftBet, Eyecon, Microgaming and Playson.

If you love promo's, get the best Slots offers today. 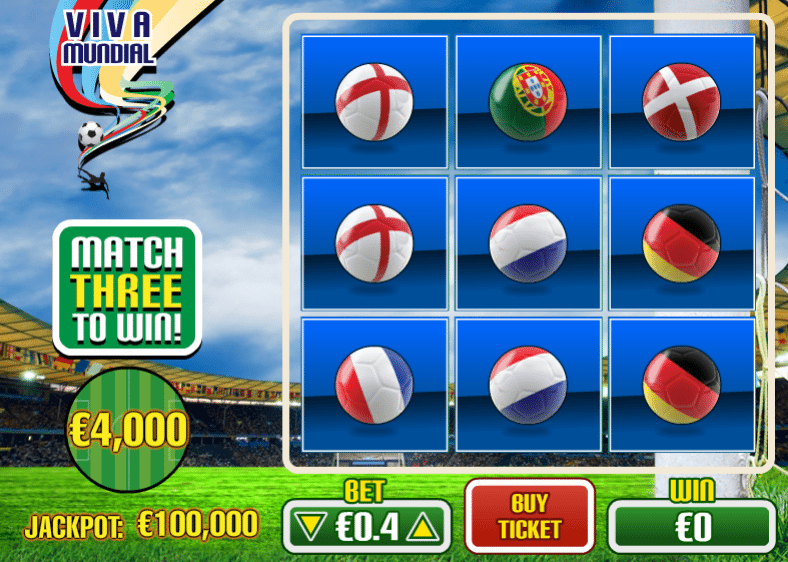 Beneath the ordinary football masks, the footballs are decorated with the flags of contending world cup countries. So look out for the flags of your favourite teams, for example,  England, Italy, Germany, Argentina, Greece, Portugal, Brazil, Denmark, Holland, Spain, France or Switzerland are all there.

And it actually doesn’t matter if you know the flags of the participating countries because all you really have to watch for is whether three or more footballs in the grid match. If so, you’ll win some cash. But just how much, changes by game.

There are no wilds or scatters in this game but the bonus feature of this game is that you don’t know what you’ll potentially win until you click Reveal All and that could be anything in multiples of your bet right up to the jackpot of 100,000.00. 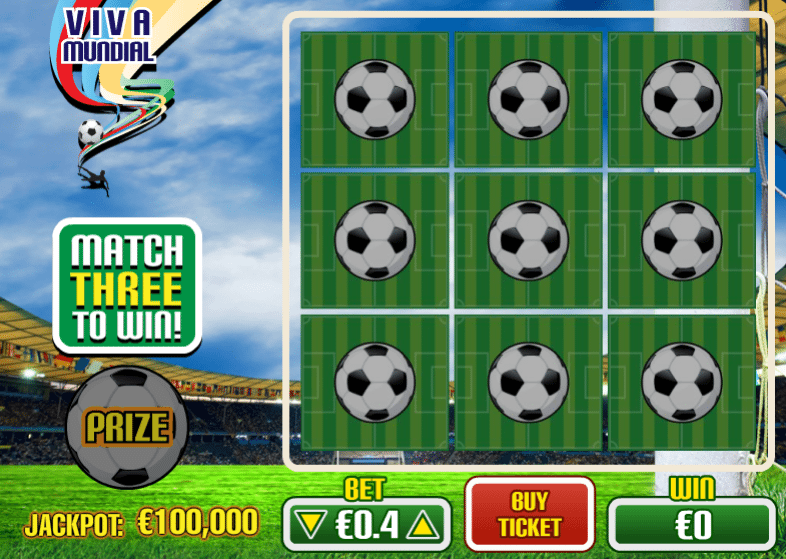 Viva Mundial is a cute game. It’s simple with bright colours and no gimics. Even the soundtrack is minimal only kicking in (note the pun) when you make a win.

Your focus in this game is pure and simple. It’s all about the football and winning the cash prizes of course.

If you love Viva Mundial online slots casino game, you’ll probably love these other games about football as well although these are more complex: