As new UK slots gaming continues to grow in popularity, the range and quality of the slots games that can be found in an online casino is also progressing constantly. One way that this progress manifests is in the way that slots games nowadays offer an impressive range of bonus features. Many of these bonus features give players the chance to show a little gaming skill, rather than just having to rely on pure chance to bring home big wins.

Here, we’re going to take a closer look at some of the best video slots with bonus features that you can find in an online UK casino. All of these games are well worth some of your time, and will provide you with plenty of entertainment. Read on to discover more!

This is another of those online slots games that adopts Ireland as its theme. When it comes to slots games, developers return to the theme of Ireland and its traditional association with luck time and time again. You might think that would give us a slightly jaundiced and negative view of this game, but you would wrong!

This game has been developed by Eyecon, and it utilises the simple, cartoon-style graphics that are typical of this developer. There is a simple 3x3 reel and row set-up that offers nine paylines of entertainment to you. This is a simple and intuitive slots game that is very accessible, even to newcomers to the world of online casino gaming.

The bonus features in the game are triggered when three scatter symbols appear on the reels. The leprechaun scatter symbol will give you eight free spins. Any wins are tripled during these spins too. The other scatter symbol is the pot of gold. Three of these in view will award you the chance to find prizes in a mini game. The game is a simple pick type of game, where you need to select one from three symbols to see what your prize is. 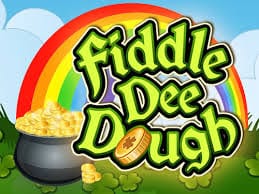 This game was developed by Bally Wulff, and offers you the chance to immerse yourself in the world of a medieval type hero, who must battle for dominance and prizes with a charmingly wicked looking tiger, who possess a decidedly human looking malicious grin as he spins around the reels. There five reels, four rows and 40 fixed paylines of action for you to enjoy, but you should probably turn off the sound, as the music in this game is not great to listen to for long periods!

The graphics are excellent, though, and there is a great bonus feature for you to enjoy. The hero has to battle with the tiger character for control of a huge and powerful crystal, which also functions as the game’s scatter symbol. If three of these scatter symbols appear on the reels you will receive 10 free spins, with the game’s wild symbol being stacked during these spins.

If a stack of four identical symbols spins in on the first reel then the game’s other bonus feature is triggered. This awards you three free spins, with some symbols being locked into place to help create more winning combinations for you.

This game, which is set in the Brazilian city of Rio de Janeiro, is not a conventional slot but one of the most modern slot games. Instead, it combines bingo with the thrill of online slots gaming. Before you spin the ‘reels’ in this game, you must choose how many bingo cards you want to play in the game. You then press play and bingo balls come spewing out the machine, filling up your card according to their value.

There is not really the space here in this mini-review to outline all the possible ways that you can win in this game. It is a really absorbing and interesting game to play, though. You will need to be familiar with how bingo works, as this is not a conventional online slots game at all. It can be very rewarding, though, and the gameplay is very exciting.

This game was developed by a company called Pariplay, and is based in a visually appealing world of sugary confectionary. You are unlikely to feel sick after enjoying the sugar rush that this game provides you with, though. This is five reel slot with three rows and 25 fixed paylines. The wild symbol is a green crocodile who substitutes for all other symbols to create winning combinations apart from the gingerbread man bonus and ice cream scatters.

The game’s bonus feature is triggered when three or more of the game’s bonus symbol spears on the reels. You are then given the chance to choose from six cookie jars to find a stake multiplier prize. You can keep picking until you are told to stop, at which point all the multipliers are added together.

This is yet another online slots game that has adopted the country of Ireland as its theme. Someone with an appallingly rendered Irish accent welcomes you to the game, but if you can ignore the accent the game offers some decent entertainment. The game has a retro feel in terms of the graphics and gameplay.

There are only three reels and one payline in this game, so the action is very simple. A bonus features is triggered if you bet with a stake of three coins. The bonus feature is a simple pick and win game where you click on a selection of leprechauns to reveal which cash prizes you have won.

Deciding where to place your bets

As you can see from our set of short reviews here, there are some superb slots games out there that can be found in your favourite online casino. The variety and quality of games is increasing all the time, as software engineers and games developers find ever more innovative ways to keep online slots gamers entertained. With gaming technology set to gallop forwards even more in the coming years, the quality of online slots games is sure to keep progressing.