The number of people playing new slots online has grown massively over the last two decades. As casinos moved onto the internet around the year 2000, digital technology also began to develop, with the rise of the smart phone making online gaming more accessible than ever.

For people who loved playing fruit machines, this marked the beginning of a new golden age of slots gaming. Online casinos could suddenly provide more variety of games than any real life arcade or casino could ever hope to offer. The range of games has increased year on year, as developers compete to see who can take the next great leap forward in the world of online slots.

Here, we have put together a list of the 10 current best slots out there in our view. You’ll find plenty to enjoy here if you like playing fruit machines in an online casino. Read on to discover more about the top 10 slots games to play!

Mad Mad Monkey is an online slots game from NextGen Gaming that offers you five reels, four rows and 50 paylines of entertainment. Based on the adventures of a cartoon monkey in a jungle, the graphics are reminiscent of classic comics like the Beano. The game features a generous and entertaining free spins feature where you can pick up a multiplier worth 3x your stake. All the game’s wild symbols are stacked to give you more chance of picking up big wins.

Based on the legend of King Arthur, this game is a sequel to the earlier Avalon. The theme of the game is all about the quest to find the Holy Grail, and the graphics and music in the game really are gorgeous. The game has five reels and three rows for you to spin, and there are 243 paylines. This is  a game which takes its bonus features seriously too, with eight bonus games for you to enjoy. Rolling reels and trailing wilds add yet more entertainment and possible ways to win.

This game from Pragmatic Play offers five reels and three rows of action to players, and there are seven paylines. Stacked symbols can hit any of the reels and are well worth looking out for. You can pick up anything up to 165 free spins in the game’s bonus feature, and there are multipliers available which are worth 3x your stake. The graphics are also appealing, with several different monkey faces acting as symbols on the reels, and the jungle sound effects are brilliant.

Gem Rocks is an online slots game from the developer Yggdrasil , and is set in a world of rock giants made from gemstones. The reels consist of a grid of a gemstones that move very slickly and smoothly across the screen. There are four rows and six reels of action to enjoy, along with 4096 ways to win. The game possesses an innovative called Dropdown wins, where symbols fall away from the reels and are replaced by others which can create more winning combinations for you.

This game is set on a paradise tropical island, and offers you the chance to play on a gird of three reels and three rows, with nine paylines available. Created by the developer Eyecon, the game features scatter symbols, wilds and a non-progressive jackpot. All the symbols used on the reels are beach holiday based, and the graphics are very simple, almost basic in fact, but are rendered in fresh, sharp colours that give the game a very summery vibe. 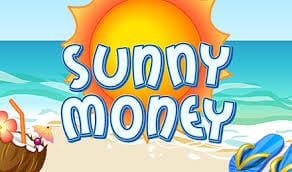 This game is one of Microgaming’s oldest titles, and it features five reels and 15 paylines of action, with three rows. The graphics do look a little bit dated now, but the gameplay is still smooth and slick. The symbols on the reels all follow the ocean theme of the game, and King Neptune himself is the game’s wild symbol. Look out for the treasure chests, as these function as the game’s bonus symbols.

This game comes from the developer Barcrest, a name which will be very familiar to anyone from the UK who has enjoyed playing fruit machines in pubs and arcades down the years. The game has five reels and 20 paylines, and is based on a theme of leprechauns and Irish luck. The leprechaun himself functions as the game’s bonus symbol, and if three or more of him spin into view the Road to Riches feature is triggered. Another bonus feature is the Wishing Well Bonus, which is triggered by three or more of the wishing well symbols spinning into view.

This game is another which makes use of the traditional association of everything Irish with good luck. This Next Gen Gaming title has five reels and 25 paylines of action to enjoy, and the symbols are all things associated with the theme, like four-leafed clovers, a big green hat and a leprechaun’s pipe. A beautiful, red-haired woman is the wild symbol in this game, and the pot of gold coins is the game’s scatter symbol. 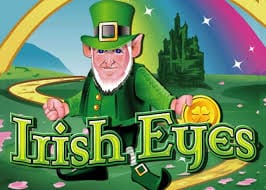 Another game from Eyecon, White Wizard offers players five reels and 25 paylines of action. As with other Eyecon games, the graphics look very simple, and the symbols slide on a grid rather than spinning on conventional reels. Look out for the White Wizard of the title, as he functions as the game’s wild symbol. The dragon symbol is the scatter, and if you land three or more of them on the same spin you will trigger the free games feature.

This modern slots games is based on a theme of toy soldiers, and is based in an army camp. The graphics really make this game stand out, as they are beautifully rendered. There are three rows and five reels of action, with the symbols sliding on a grid that looks like it is made from the type of climbing net you find on army assault courses. Developed by Saucify, there are also plenty of fine bonus features to enjoy.