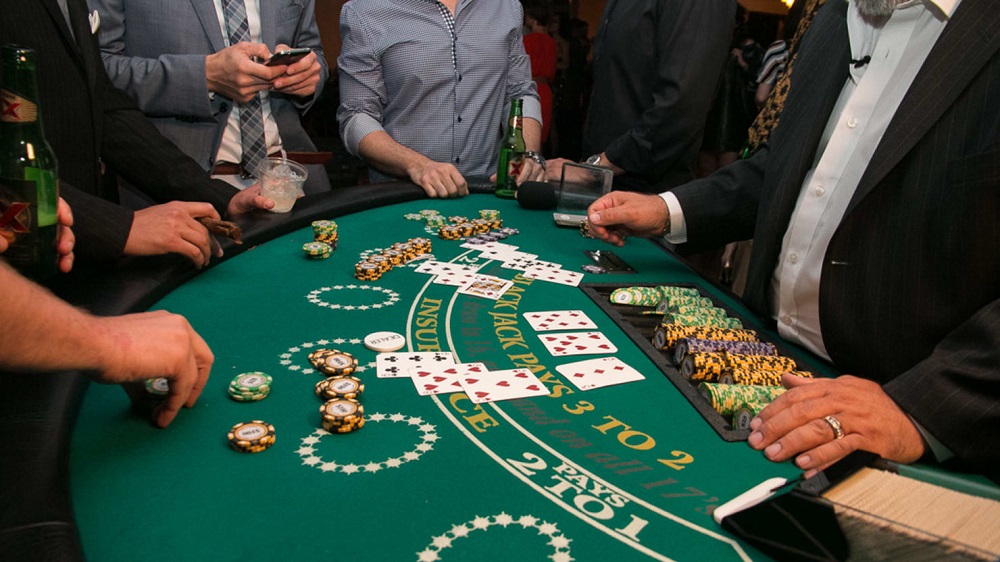 The History of Blackjack

Gambling has had a long and fascinating history, especially culturally and lawfully. Like all of today’s popular gambling games, Blackjack specifically has an intriguing history as the main theories still have an air of mystery surrounding them. The origins of the game are still disputed as it has actually just evolved over time. This popular game, now played in casinos worldwide and on various online slots websites, took some twists and turns in the journey to becoming the game we know and love today. Here’s a brief history of the game’s evolution.

The Origins of Blackjack

It’s not certain, though some believe that Blackjack may have originated in Ancient Rome. While it’s true that the Romans were keen gamblers, there’s no actual hard evidence that blackjack originated there, but some historians think Romans may have played a game similar to Blackjack using wooden blocks.

It’s not hard to imagine that the Romans were actually the creators of this popular game since they clearly had a positive relationship with gambling; evidenced by their love of gambling on chariot races and gladiator fights. However, despite this, we still cannot definitively link the origins of blackjack to the Romans no matter how similar their counting games were to blackjack.
Spanish ‘Ventiuna’ and ‘Trente-un’

A more likely theory is that a precursor of the modern blackjack that we know and love today appeared in the 17th century with the composition of a series of novellas called Novelas Ejemplares. In these stories, two characters sit to play a game of 21, or ventiuna as it is known in the Spanish novel. A different game but with the same fundamentals of the blackjack that we are more familiar with today. People may have even been playing this early form of blackjack even before this novella was written in the early 1600s. Even before that, blackjack had an earlier form in Spain called Trente-un, or Thirty-One. Its first reference comes all the way from 1440. Both of these games involved the goals of getting close to a specific value without going bust by using cards. This is just a simple explanation of modern-day blackjack in a sense.

Does this make Spain the birthplace of blackjack?

The French brother of Ventiuna was called ‘Vingt-et-Un’ (Twenty-One) and became popular in French casinos of the time. French colonists eventually brought it to North America, where it spread like wildfire, and began to more closely resemble modern Blackjack. In this version, there was a round of betting in between each card dealt, and only the dealer was allowed to double. Of course, the two games are not completely identical but they are indeed similar enough to allow even a player with minimal experience of blackjack could join in.

A Change Of Name

Blackjack earned its name around the 1930s. When gambling became legal in Nevada, ‘21’ became very popular, and some casinos began to tempt players with a special extra. A hand with a blackjack and the ace of spades would pay 10-1 odds on the bet. This feature was discontinued, but the name stuck. 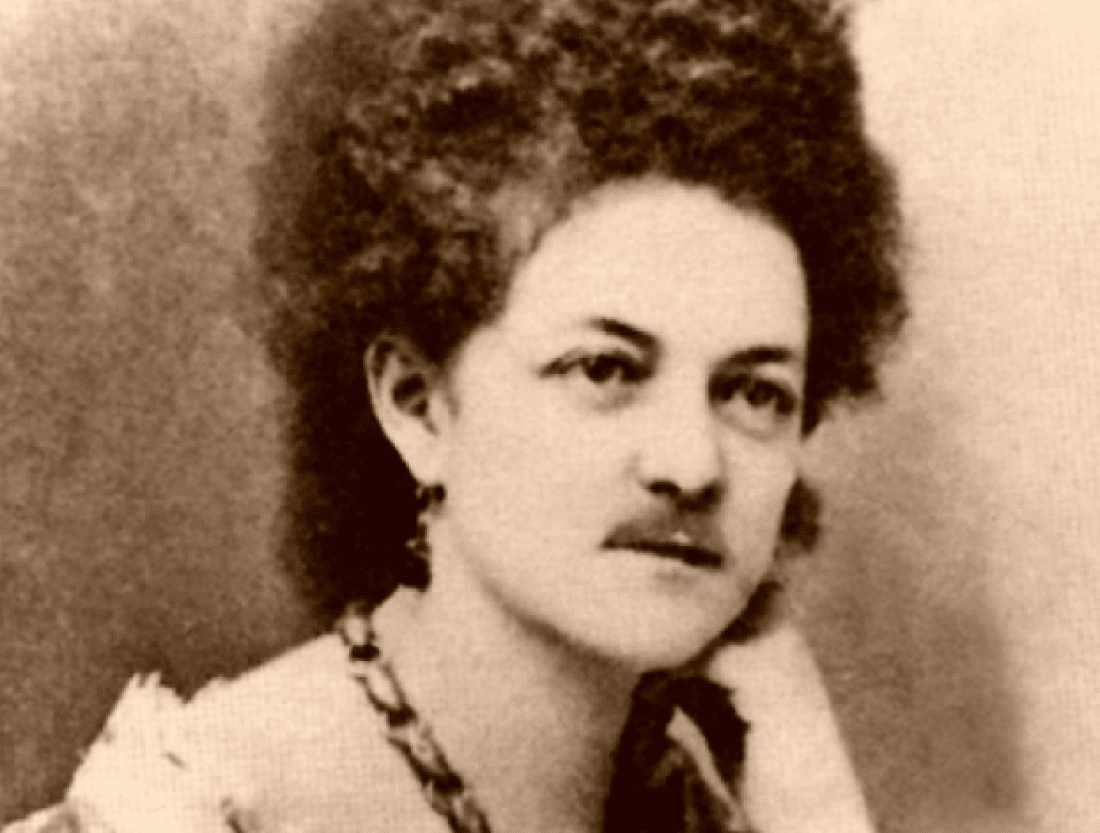 In the 19th century France, blackjack was banned and consequently ‘Vingt-et-Un’ spread and grew in popularity elsewhere; America. New Orleans saw the first legalised player banked games even though they were played, just illegally, elsewhere. Maybe this is what drew the likes of Eleanor Dumont and others to America. As a skilled card dealer, she made a comfortable living by opening a gambling parlour for well-off men. For a while, she did very well for herself and customers continued to return until the gold rush ended and business dried up. Even though Eleanor Dumont’s business stopped, blackjack in its earlier form (“21”) still existed, eventually gaining popularity again in 20th century America. After Nevada legalised gambling in 1931, 21 was a player favourite due to the uniquely high odds that caused its change of name.

Blackjack Games In The Movies

Over the years, Blackjack has captured the hearts and imaginations of gambling enthusiasts aplenty. It’s also captured the imagination of many filmmakers. The tense and exciting mechanic of hitting and hitting, trying to avoid going ‘bust’, has made for some fascinating movie scenes. The most notable appearance of Blackjack in the movies is perhaps the 1988 film Rain Man, in which Dustin Hoffman plays an autistic man with an amazing talent for card counting. 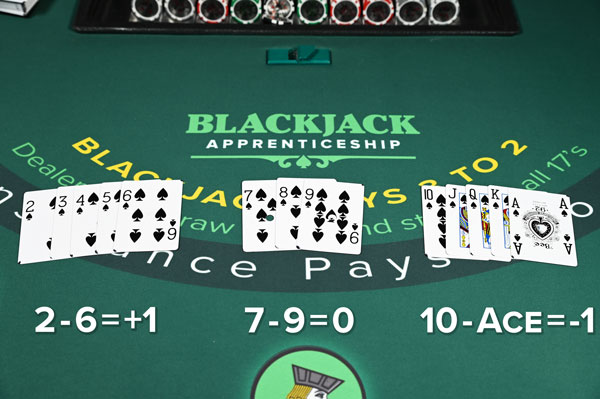 Card counting, unfortunately, has gone hand in hand with the playing of blackjack since about 1950. The game is beatable through this method and therefore, casinos must be extremely vigilant when attempting to identify this form of cheating. 1962 is, however, considered to be the official birth of card counting with the publishing of Edward O. Thorp’s book. Essentially a guide teaching people to card count, it was quite controversial with casinos. Nowadays, the “Thorp Ratio” is very complicated to use as it was based on the use of a single deck. Casinos now use multiple decks in a single game, meaning you’d need to be genius at mental arithmetic to attempt it; a deliberate attempt by the casinos to give the edge back to the house.

With the publication of Thorp’s book, there was a surge in the number of people wanting to try their hand at beating the dealer in a game of blackjack, meaning that the house was missing out on a lot of profit. Therefore, they not only had to take action to accommodate all of the extra people wanting to play blackjack but they also had to instigate some policies in order to make card counting harder. This obviously included adding more decks to make it more mentally challenging for players, who would inevitably give up. The casinos also ensured that dealers would shuffle the deck when there were many cards still left. However, card counters learned to adapt to the casino’s new policies. It was discovered that computers could be used to change their strategies. On the other hand, the casinos actually embraced card counters and accommodated to blackjack players by advising them on the best move to take at the table. This lured them into a honey trap where they felt safe and the house still managed to make a profit.

Here's a handful of the most famous players to ever play blackjack:

It’s quite a weird thought that you can actually become a professional gambler. Bryce Carlson may have dreamed of being a doctor or a policeman when he was younger, but in actual fact, he made his way onto the list of some of the most iconic and famous blackjack players. Amongst others, card strategy was one of the main skills that he honed in his career and he also wrote one of the most successful blackjack books, Blackjack For Blood. Carlson wrote this for beginners in the blackjack world that did not have any experience or knowledge and it was a pioneer for those just starting out. Bryce Carlson still dabbles in blackjack to this day, continuing to perfect his strategy.

Also a professional blackjack player and gambling writer, Arnold Snyder makes a living by reviewing existing information on gambling to educate himself in playing low stakes. He has written multiple books on blackjack. He is a renowned teacher in the industry, helping new players to learn the rules of blackjack, develop strategies, calculate odds and ultimately count cards. Whilst doing this, he also still works on his own strategies of card counting and dazzling the dealer.

Not only a blackjack player and King of blackjack card counting but Tommy Hyland is also an activist for blackjack players’ rights. He mastered card counting after he started playing in 1979 and eventually went on to form one of the first blackjack teams. Using blackjack strategy, the team raked in millions of dollars. During the course of his career, Hyland had to disguise himself numerous times in order to get past the ban that was in place which prevented him from playing blackjack in numerous casinos; he once even disguised himself as Santa Claus. To this day, Hyland continues to play blackjack as part of a team. 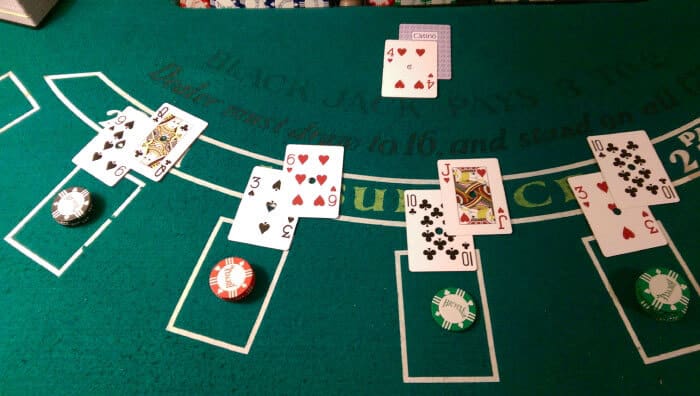 Today, Blackjack is played with several players and a dealer. One of its interesting features is that the players do not compete against each other, but against the dealer. The object of the game is for the player to reach 21 points on their first 2 cards, to get a total score higher than the dealer, but of 21 or less, or to let the dealer draw until the dealer’s score goes over 21. The game has many variations, including British Pontoon, which has its own unique vocabulary. For example, wherein Blackjack you might say ‘hit’, in British Pontoon you would say ‘twist’. Similarly, the terms ‘stand’ and ‘double’ are replaced with ‘stick’ and ‘buy’.

As evidenced by the popularity of online gaming websites such as Slots Baby, gambling is evolving alongside technology. Though Blackjack remains a popular staple in land-based casinos, technology is constantly opening up new avenues and possibilities for the game. For example, most online casino sites now offer live Blackjack tournaments and use fast connection speeds to let players challenge the dealer in real-time. Here at Slots Baby, we are excited to see whatever the future holds for blackjack. Who knows where we’ll go from here?