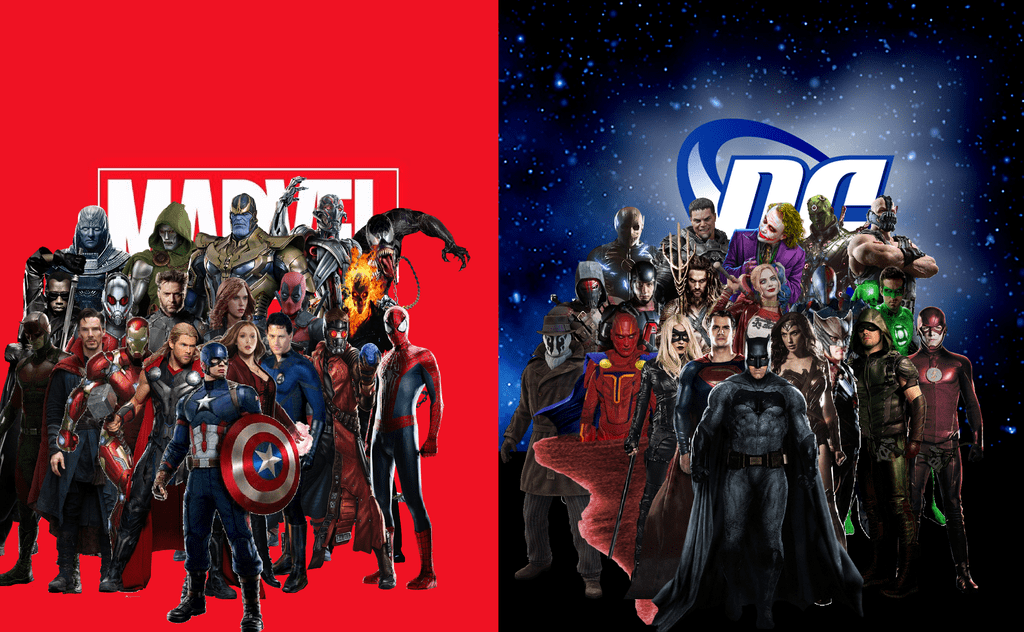 The age-old debate that children, teenagers and adults have been having over the years - which universe is better, Marvel or DC? Most people are firmly in one camp, but there are those that sit on the fence, liking both universes because they like rival superheroes. Who can’t like Thor and Batman at the same time?! Don’t judge us because we like heroes with magic hammers or no magic at all!

What about in Online Slots?

which universe outperforms the other in terms of new slots – will we see Bruce Wayne and Captain America battling it out for the ultimate top spot?

Playtech are the geniuses behind the comic book/film-inspired online slot games (they obviously couldn’t pick a side, so decided to design both), and they have an impressive portfolio of them. They signed a deal with Warner Bros in 2016 to make more slot games based on the much-loved caped crusader, linked to the existing Playtech DC Super Heroes Jackpots. Unfortunately, though, their license with Marvel wasn’t renewed, and in 2017, they stopped their distribution of Marvel slot games.

But before that, which universe was winning? Let’s first look at the Marvel games they had in their portfolio, and their return to player rate:

Now let’s look at the DC-inspired games, which are still available to play:

The return to player rates were a lot higher in the DC versions – with none dropping below 94%, so even though there was more variety in the Marvel games, players got more bang for their buck with the DC games.

There’s a big market out there now for Marvel slot games, but it looks like Walt Disney don’t want to associate themselves with gambling anymore. So, the decision has been made for everyone: gambling is a DC kind of world (DC is a little darker than Marvel, so it makes sense).