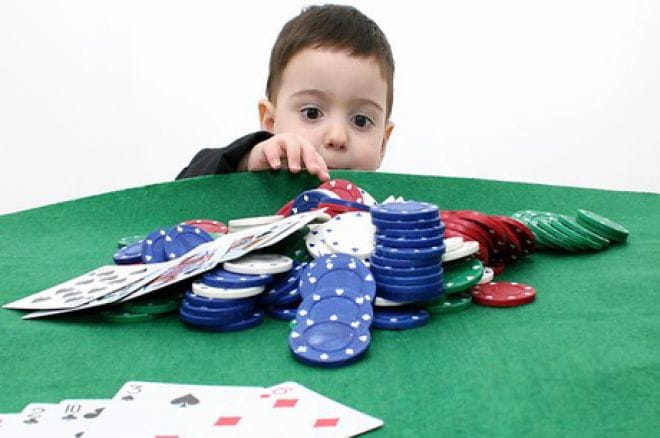 Is Underage Gambling Still A Problem In The UK?

The idea of an 11-year-old placing a private bet seems a little bit unrealistic, but gambling is still actually a problem amongst minors. Problem gambling is now a clinically recognised disorder that can affect people of all ages, surprisingly from as young as 10 all the way into adulthood. Of a survey done of US residents, approximately 2.1% of 14-21-year olds struggle with problem gambling. This can then cause devastating consequences later in life, both emotionally and financially. The Gambling Commission also found that 16% of 11-15-year olds gambled in the week previous to the survey. Admittedly, this has declined since 2012, but it is still a shockingly high percentage. Especially when you consider the fact that the main gambling activities included fruit machines, card playing and scratch cards.

How can it be introduced to children?

There are a variety of ways that young people can be introduced to gambling, but particularly through advertisements and peers at school. Advertisements can be particularly misleading, and potentially dangerous when they do not adhere to the Advertisement Standards Agency’s terms as they glamourise what could be considered problem gambling where someone shows signs of not being able to stop. However, if an advertisement adheres to this standard, it can actually be beneficial to a wide audience as it promotes the importance of responsible gambling. In relation to underage gambling, children are usually quite inquisitive about things they see in the media. Therefore, the existence of advertisements can be beneficial in fighting the presence of underage gambling, as it allows a dialogue to open up between a parent and a child about the significance of sensible gambling.

Even something as simple as buying an in-game item on a console, which parents generally allow younger children to do, can be considered gambling. Although it isn’t technically ‘real’ gambling because the children are playing for fake coins, it may trigger a shift into ‘actual’ gambling later in life. This causes problems when they are not adequately taught about responsible gambling. In fact, popular games like PUBG and Overwatch also use payments that are unregulated and could lead young people to addiction and even financial difficulty later on in their life. This is particularly worrying when considering the statistic that children gambling at 12 are more likely to become problem gamblers, as parents don’t typically think that teaching their children to gamble responsibly is a major priority. In turn, this can then lead to a child developing health problems related to poor nutrition, lack of exercise or in the worst cases, exposure to alcohol as a method of dealing with the stress of financial struggle.  There are also legal implications involved in the existence of online gambling wherein you legally have to be 18 to gamble and 16 to purchase scratch cards or partake in the national lottery. In most states of America, where legislation is severely restrictive of gambling, you have to be 21 to go into a casino. Therefore, those who gamble under these ages in their respective countries are actually on the wrong side of the law. However, statistics still show that the rate of problem gambling among college students is higher than the adult population, as 6% of college students are affected.

What are charities doing to help?

Charities like Barnados are leading the way in promoting responsible gambling so that it is still fun to play, but not in a way that is harmful to children or vulnerable people. Their main way of doing this is ensuring that warnings are very clearly marked on every point of website page and within the terms and conditions. These warnings should remind people that it is an offence to play when you are under the age of 16. Here at Slots Baby, we take the promotion of responsible gambling extremely seriously. Visit our website to see more. As well as pre-warning children at risk, various charities now work towards identifying and engaging with those who are considered in vulnerable situations regarding gambling.

What are companies doing to help?

Online gambling sites have come a long way from 2004 when research found that the vast majority of websites allowed under-18s to set up gambling accounts. Even children as young as 11. Gambling companies now have a duty to inform the police if they suspect that a person has been gambling underage, but at this point there was a major lack of effective age verification software to prevent young people from logging in. This responsibility is a constant job of monitoring the effectiveness of the software, which checks the age of customers who are suspected of being underage. Alternatively, they can also alter their websites so that they don’t appeal to children and young people. If businesses fail to meet these expectations, they can have policies imposed on them. Examples of the criteria that they then have to meet would include implementing the Think 21 or Think 25 policy, repositioning machines within their business or doing an induction to re-train their staff.

As a result of the recent research regarding the problem with underage gambling, it can be theorised that gambling companies must do more in an effort to combat this. Here at Slots Baby, we take the safety and security of our players extremely seriously. Moving forward, we may well see a decline in this problem. In fact, despite some spikes in the trend, the Gambling Commission found in 2017 that on average, the amount had decreased from 23% in 2011 to 12% in 2017. Thus, with the conjoined efforts of businesses and charities, this problem may not always be a problem.