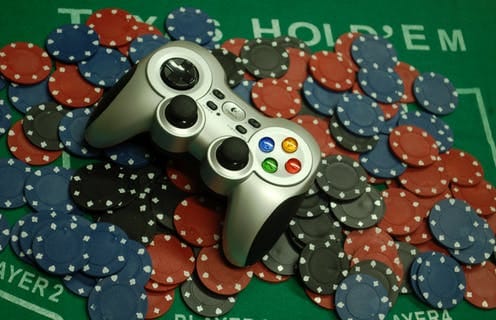 How Is Gambling In Gaming Affecting Children?

Thoughts of childhood are often paired with memories of innocent playground games in Britain, but the reality is that within the country today is that there is still a problem with underage gambling. However, here at Slots Baby, we take the safety of all players extremely seriously, and we constantly aim to prevent those who are underage from accessing our sites.

The Presence Of Gambling In Mainstream Media

Nowadays, everyone is obsessed with media and society has adapted to include it into everyday life quite rapidly. Currently, you couldn’t walk down a street in Britain without seeing at least one piece of technology or media. So, it comes as no surprise that one of the main ways that children find out about gambling is through the use of adverts, especially in social media, television and gaming. Normally, it’s very safe for children to be able to see gambling adverts in the media due to the fact that they have to adhere to the Advertisement Standard’s Authority’s rules regarding gambling adverts. As a result, adverts have to be aimed away from children. However, how could a gambling company manage to do this? Surely the best way to advertise a site is through bright colours and enticing information, all of which can draw children as well as adults in. Advertisements are also freely accessible to all, and therefore gambling adverts cannot only be viewed by those over 18. Therefore, it is near impossible to block children from seeing gambling advertisements.

The majority of advertisements seen on the television are shown in football, leading to the idea that English football has a ‘gambling problem’. Many are contesting the showing of gambling advertisements in sports before the watershed at 9 pm as it is normalising the idea of gambling. Betting and sport now go hand in hand within Britain as the number of people who bet on sport has increased following a report by the Gambling Commission finding that a massive £626 is being bet on sport every second, which is a 25% increase from just 18 months ago. Therefore, sport may be more of a contributing factor to the underage gambling problem in Britain than the influence of gaming.

On the other hand, when advertisements could actually encourage responsible gambling, and they can be beneficial in opening up a conversation about how to not develop a problem with gambling. Consequently, should we allow our children access to information regarding gambling from a young age instead of limiting it? Would this help them develop a healthy relationship with gambling?

How Easy Is It For A Child To Gamble?

Mobile apps have revolutionised daily life and made it easier to do just about anything. Gaming is no exception to this, and the world of mobile gaming has expanded rapidly since the introduction of technology. With phones within reach at most times, gambling has never been easier. This is the same for children who are becoming more ‘tech-savvy’ and can now understand technology, more than adults in most cases, from a young age. Therefore, for a child with a phone, all they then need is access to a credit card in order to access live casino games online. Unless the gambling site has updated age verification checks as ours do.

What Are The Laws?

In the UK, you must be at least 18 years old to partake in online gambling, as well as to be able to place a bet or gamble in a casino. The majority of websites employ a number of policies that prevent people from attempting to gamble when they are underage such as age verification checks. It is easier to check in person not only to physically see if they are underage but to check their proof of age. So, even if you are 30 but have a baby face, remember to take your identification next time you place a bet. Companies are also allowed to take legal action against anyone who provides inaccurate information about their age, as it causes the company to break the law.

Is It Really A Problem?

To find out that minors have access to and partake in gambling is already a very shocking statistic, but recent surveys by the Gambling Commission have shown that the ways that they are gambling are possibly even more alarming. Whilst most would consider underage gambling to largely surrounding the exchange of Match Attax, trading cards that state the rank of football players, the most common forms are actually fruit machines, scratch cards and the National Lottery. All of which, children should not have access to.

In terms of physical gambling, it is the easiest for minors to gain access to as gambling websites can implement a number of policies that work to prevent children from being able to gamble online. This includes installing software that detects anyone under suspicion of being underage. Gambling companies also set a precedent of making sure that their adverts are not tailored towards children. As a result of this, less under-18s are drawn to the site, and this, in turn, means that the problem of online underage online gambling declines.

Do Games Really Use Gambling?

As a general rule, there is not an age restriction on gambling in children’s games as it is not technically considered ‘real gambling’ since they are playing for digital rewards. However, the concept of gambling is still present in these games and it has been proven that it can eventually lead children into irresponsible gambling later in life. In fact, it has been proven that almost 30% of teenagers who played simulated online poker went on to play real poker.

The boom of technology because due to recent developments has ensured that children now have mobile technology at their fingertips, which has benefitted society in the sense that globally we are more interconnected. However, it is not without its many disadvantages which include the spread of online social gambling for children. When regulating mobile games, gambling is not considered as one of the themes that help to classify who should have access to it. A 2012 study in Australia found that out of 100 games featuring gambling qualities, none of the app age ratings were limited accurately, and the highest rating of all 100 of them was PG (8+). Therefore, a child can actually access an unlimited amount of games that encourage irresponsible gambling.

Overwatch is one of the more popular games that include gambling-like features. As the new biggest craze with users in the tens of millions, it is a worry that it may be encouraging children to gamble, which could then to lead to irresponsible gambling in the future as they have not received a proper education about it. The way that Overwatch uses gambling is through encouraging their young players to purchase loot boxes. This is not technically not considered ‘proper’ gambling as the players do not receive a cash reward and are technically just paying for an add-on to a game. However, it is the surprise element that makes it similar to gambling as they are essentially investing their money when they are unaware of the outcome or what they’re going to get.

Loot boxes were not regulated and have existed since about 2004, but recently there has been some legislation passed in various countries that dictate that loot boxes should be considered online gambling. The first instance of people purchasing them was in Japan where players of a game called “Maplestory” could redeem their “Gachapon Ticket” in the online gambling world to receive surprise gaming objects. The existence of loot boxes was then legitimised in order to gain revenue from their purchase. Following this, they made their way into Western games. However, nowadays the existence of loot boxes in games is being questioned more because of numerous studies that have found that they are too similar to gambling to allow children access to them. These loot boxes are more dangerous than they would appear as most people would disagree with the idea that they are even remotely related to gambling, and therefore there might be a slow progression in terms of making sure that they are either banned or regulated.

How Is Underage Gambling Being Stopped?

When an individual provides inaccurate or dishonest information about their age, it can result in legal action as the company has consequently allowed to gamble even though they are not old enough. There are also lots of age verification checks that sites like ours can implement and update regularly in order to prevent people from accessing their online slots or casino sites. However, in terms of gambling in gaming, there aren’t many countries taking action when considering the gambling properties of the games. However, saying this, quite recently there has been a development in Belgium where the Belgian Gambling Commission launched an investigation into some games that included the use of loot boxes. Of these, 3 games were considered as games of luck or chance and were too similar to gambling and betting. Therefore, an inquiry was launched into how prominent gambling was in children’s lives. A major step forward in relation to tackling the problem of underage gambling.

Many gambling charities are dedicated to fighting the existence of underage gambling by ensuring that they have provided information about how to identify if someone is gambling underage, and who to contact. Some of the ways that they recommend being able to prevent a child from accessing online gambling and slots include installing software that blocks access to online gambling sites as well as talking to them about the importance of responsible gambling. However, it is not only parents and those around children who must take responsibility for tackling the amount of underage gambling. Companies both online and physically must act when it comes to who they allow access to gambling.

Therefore, a conclusion could be made that games like Overwatch, for children, need to use similar policies to sites like ours in order to protect them from suffering the repercussions of irresponsible gambling. It hasn’t been addressed yet, because the presence is relatively undetected in the gaming industry. However, an improvement has been made over the last couple of years wherein the number of underage gamblers has actually declined. So, even though it is still present and therefore a problem, the situation is improving.