Here's one of the superb new online slots game from Eyecon Gaming, the developers behind Fluffy Favourites. Everyone playing loves pirates and princesses don’t they? So what’s not to love about combining them together in a game where you can win prizes galore?! This slot machine game got the best of both worlds and even better, big prizes and great gameplay from the ever-reliable Eyecon.

Eyecon is an Australia-based software company that has been developing outstanding land based and online games and multimedia since 1997. Eyecon has a wide portfolio of over 70 games, including its popular Fluffy Favourites. If you love promo's, get the best play slots with bonus spins today. 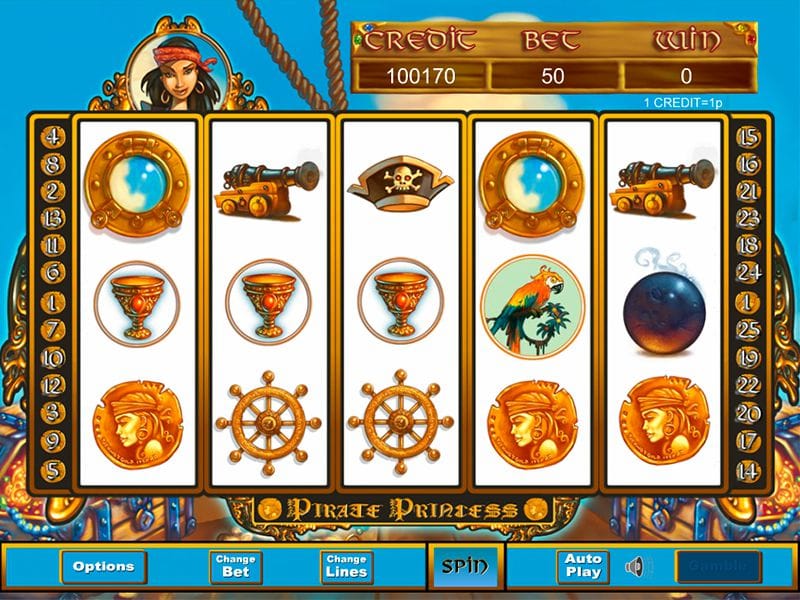 Ooooh arghhhh, life aboard the Pirate Princess is good, really good. With a bountiful 5-reels, 25-paylines and the chance to become a swashbuckling hero this online slot with a pirate them is not to be missed! You wouldn’t really expect a pirate to be generous but you’ll love this game because of the very generous 25 paylines, rather than the 8, 10 or 15 paylines in similar online slot games. The whole game is wonderfully pirate themed, complete with wooden ship, secret treasure chests and high ropes and the in-play functions are at the bottom of the screen in the sparkling turquoise sea. From here you can change your bet, choose autoplay and start the spin. The initial gameplay is quite similar to other traditional online slot games, just lots more nautical fun thanks to the pirate themed music, fun sounds and really great, colourful, bold graphics.

There’s lots of bonuses and free spins to keep your eye out for as well, as long as you don’t walk the plank and lose your stake before you get to these:

Map symbol – Another feature to keep track of because if you trigger three or more of these mysterious map symbols then you’ll be given the chance to play a game of awesome pirate snap! All you need to do is select two cards from a new grid until a matching pair has been selected. If you pick the lucrative icons you’ll be reeling in the big prizes! 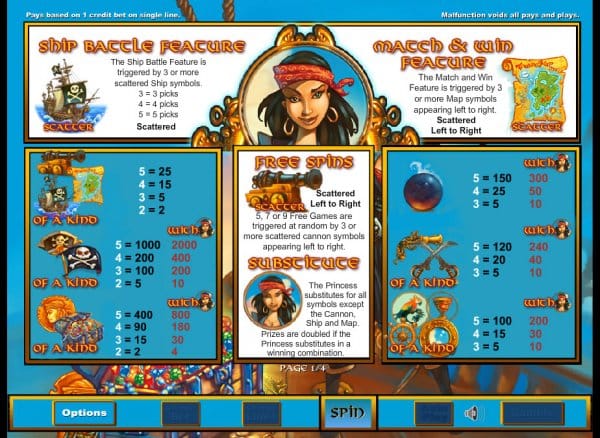 Ahoy there me hearties! For a taste of the swashbuckling life at sea, albeit with a touch of princess life thrown in as well, there’s no better choice than Pirate Princess. It’s a cracker of a game that’s fun to play and even more fun when you strike a bounty of gold and get your hands on the pirate treasure! It’s a game where the odds are a little more in your favour than similar slots so grab yourself some rum, sing a sea shanty or two and get involved. If you enjoyed Pirate Princess then you might also like Shaolin Spin