Phoenix Fire is yet another game part of  Playson’s series of ‘Timeless Fruit Slots’. It's a 5 reel, 10 payline casino slot online with the win both ways capability. The game has a classic  fruity theme with features like expanding wilds, which hit the 3 reels at the middle and reward re-spins that come with more wilds. Play this slot on your mobile and desktop devices from 20p to £100 per spin.

Playson was established in 2012. The company has quickly expanded over time proving that it is quite ambitious and able to compete with other big timers in the industry.

The company has employed more than 250 employees across the world. They’ve established several business relationships with partners like 1X2 Gaming, Bet Construct, Leander Gaming and Quickfire. 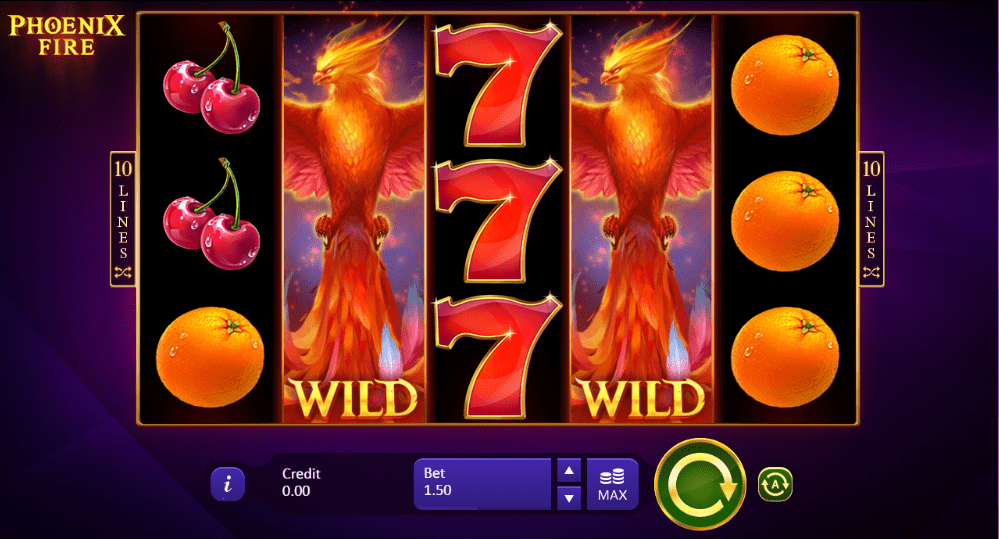 If you’ve played classic fruit machine games before, then you know that they're pretty straightforward. The game’s plain black reels include classic symbols like cherries, plums, oranges and lemons which pay 3x  your stake when you land 5 on a line.

Next, the grapes and melons pay up to 5x  your stake then the bell which pays up to 10x your stake. The best rewarding symbol is the lucky 7 which pays 25x your stake when you land 5 matching symbols. Also, keep in mind that it's a win both ways slot so you have plenty of opportunities to use that uk slot promo.

Phoenix Fire has its variance in the medium to high range. The possible maximum payouts can go over 650x your stake on every single spin or re-spin making it fairly unique compared to the other free online casino slot games available on other sites

Phoenix Fire is easy to play. Its expanding wilds add a lot of excitement to a basic fruit machine slot. It doesn’t have any extras and/or backstory. If you’re looking for a straightforward game with a throwback theme, this might be it.