Heartburst by Eyecon is a 5 reel 100 payline casino slots game with a classic theme. Symbols include watermelons, grapes, 7 symbol, and more. Features here include free spins and a gamble bonus. what else do you expect from games?

Eyecon Pty Ltd hails from Brisbane, Australia. Eyecon was formed in 1997 and specialises in delivering slot machines both offline and online. The company has released over 100 slot machine titles according to its library. Many Eyecon games have an impressive standard of 3D design and immersive gameplay. Eyecon also includes a range of other games such as bingo titles and live casino classics. 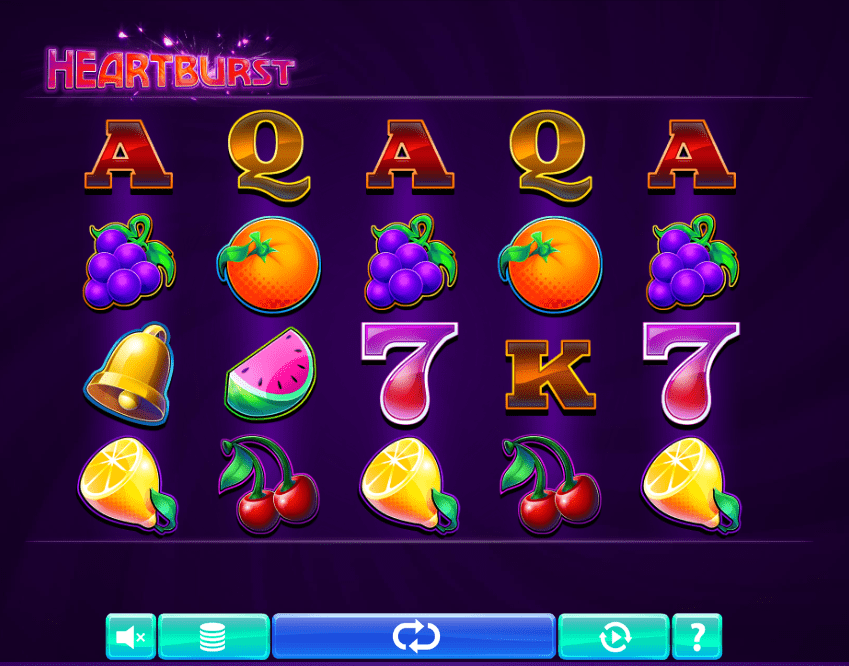 The backdrop here is a dark purple colour with the vibrant symbols placed right in the centre of it. These include grapes, watermelons, oranges, card values A, J, Q and K, 7 symbol, lemons, cherries and bells.  The card values A & K pay 200 coins when 5 of each land, while Q & J pay 100 coins.

where else is better to use your slot bonuses? come on and give it a go!

There isn’t much else to say about Heartburst. It's as plain and simple as they come and proves as one of the best slot games despite its simplicity.