Here's a superb new online slots casino from iSoftBet. This is not a game for the faint-hearted. There’s not a gingerbread house to be seen in this gripping online slot inspired by the Tommy Wirkola film about grown-up fairy-tale twins turned witch hunters. There are plenty of prizes to be won along the way in a game with all the hallmarks of an iSoftBet slot games. 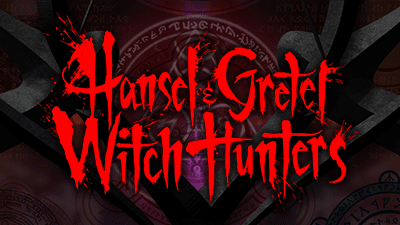 iSoftBet is a leading gaming developer well known for creating action-packed online titles including the popular Platoon games. ISoftBet is rapidly becoming one of the top developers in the online casino field. Enjoy Slots Promotions when you play a game. 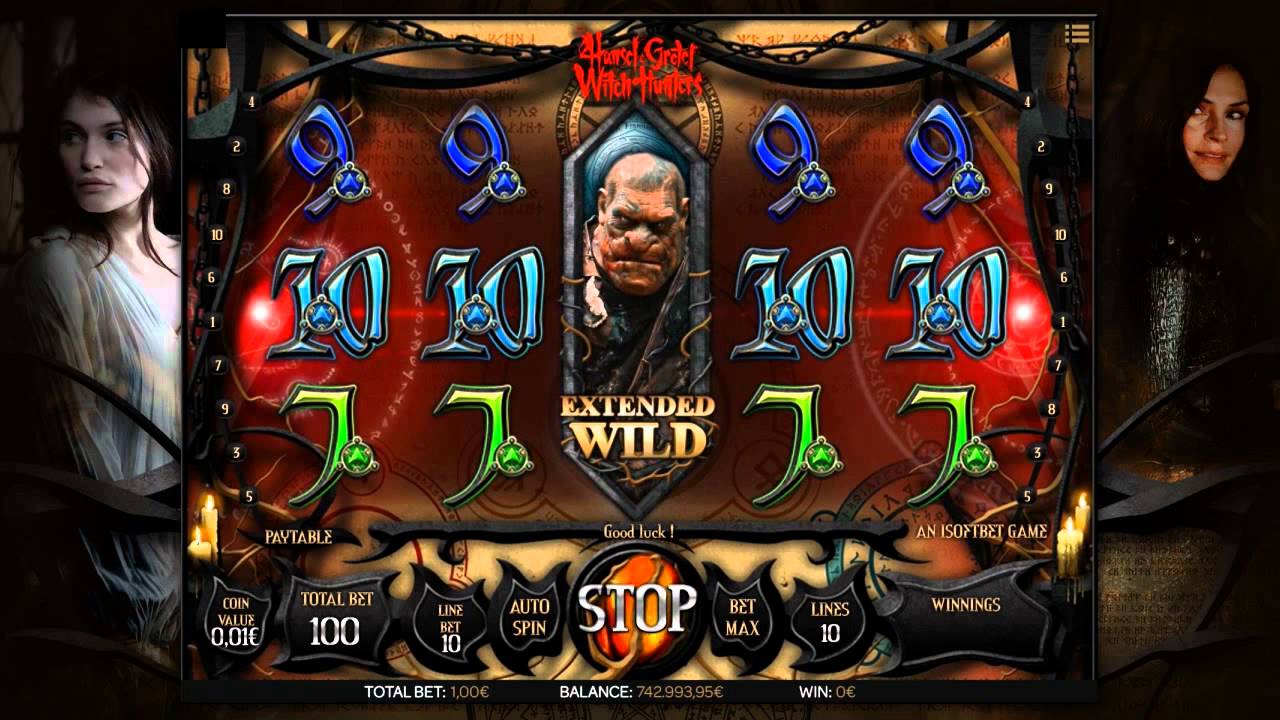 Join the dynamic twosome Hansel and Gretal as they take on the evil witch Muriel and attempt to rescue some poor defenceless children from her evil grip. You’ll be armed with an arsenal of fearsome weapons to help the fairy-tale duo complete their witch battling mission.

You might think there aren’t many lines to play with on this game as Hansel and Gretal Witch Hunters has a set 10 lines to play on each spin, but with 70 line-bets and coin–value combinations to stake them, you’re still in control of how much you’re betting. This allows a minimum spin of just 0.1 coins a spin up to a maximum of 200 coins per spin. So lots to go at for novices and pros alike.

First up it’s like many similar games and you need to start matching the classic playing card symbols which are worth up to 1,250 coins when you get yourself at least 3 in a row. Once you’ve done that the bigger prizes start tumbling with the killing of the dreaded witches! The less powerful witches in the coven are worth up to 3,500 coins, the fearsome Red Haired Witch is worth up to 5,000 coins and that evil dastardly figure Muriel is worth up to 10,000 coins.

Not enough action-packed witch-killing excitement for you? Never fear, the wilds, scatters and bonuses are here, bag yourself some of these and the big wins won’t be too far away:

Sympathetic Troll Edward: Edward is a Wild who can be used in two different but equally valuable ways. He can substitute for all base symbols to form winning combinations and expand from a centre-reel position to make more winning lines.

Scattered Crossbows: These scattered crossbows also act in two ways. When 3 to 5 symbols appear on the reels they bring instant wins of between 1,000 and 10,000 coins and they also award 15 free spins during which expanding wilds become Sticky Wilds and hold for the remaining free spins. 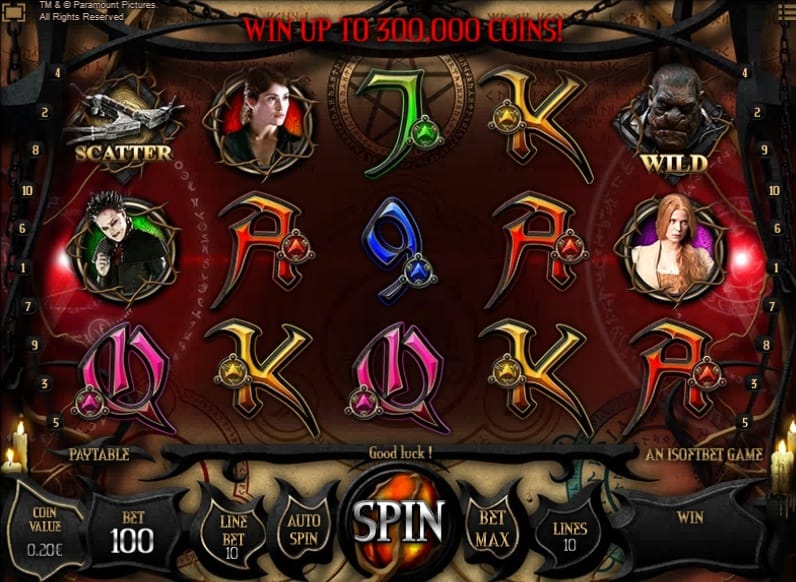 Hubble, bubble, toil and trouble, this dark take on the traditional fairy tale is packed with brilliant features and excellent gameplay. Hunting and taking down the witches is enormous fun and once you’ve got the weapons in your arsenal you’ll soon be on top of the game. Hansel and Gretal Witch Hunters is an easy to handle slot with really rewarding features, scatters and wilds to help you complete your quest in Hollywood style. If you enjoyed Hansel & Gretel, then you might also like White Wizard Deluxe.